Sometimes even seasoned rockers like Doug Martsch get creatively fatigued 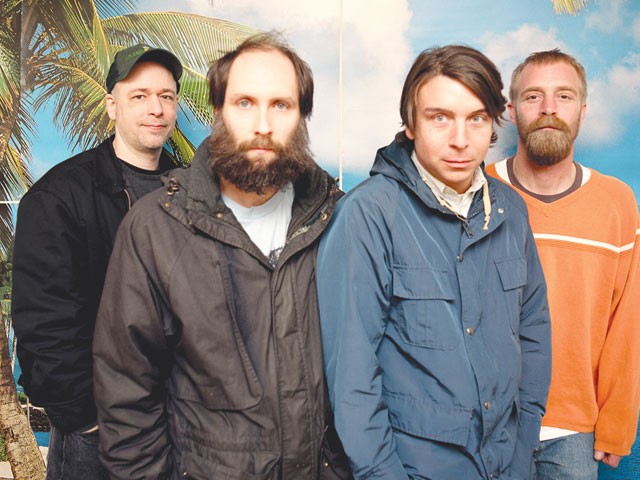 From the sound of things, Built to Spill’s latest record,There Is No Enemy, didn’t come together without some time, effort and considerable sweat. In fact, press materials for that new record implied that Doug Martsch was so flustered by it that he wondered if he should bother making any more albums.

Worry not: Now Martsch says that feeling was just a reflection of the wear and tear of a long and involved project.

“I think that [the frustration] might be a little exaggerated,” he says.

“I think it happens with any record, where you just become kind of burned out and you’re wondering why you’re even bothering doing it, all the things you liked about the music, you can’t even remember… So there’s a lot of — for me there’s a lot of self-doubt about whether or not I should even be bothering to do this.”

Martsch says he still loves the art of songwriting, and in fact he took more control over the songwriting process for There Is No Enemy than he did for the group’s previous album, You In Reverse. For that 2006 album, all fi ve band members — Martsch, guitarists Jim Roth and Brett Netson, bassist Brett Nelson and drummer Scott Plouf — got together for jam sessions and wrote the songs together from the ground up.

Here Martsch kept the record to himself, only involving the rest of the band in the arranging and refining stages of writing.

“Most of these songs, maybe all of them, were things that I wrote, that I brought into the band,” Martsch says. “But they’ve all been played by the band, treated by the band, quite a bit.”

It’s a return to the band’s roots, when Built to Spill was essentially a vehicle for Martsch’s songwriting.

The Boise, Idaho, native began developing the Built to Spill sound in 1992 following a stint in the band Treepeople. After the release of four Built to Spill records on small independent labels, the band signed with Warner Bros. Records, releasing its first major label record, Perfect from Now On, in 1997 That and their next release, Keep It Like a Secret, featured catchy and inventive rocking pop songs, some short and compact, some that stretched out into epics, complete with extended, well-crafted guitar solos.

But the band’s 2001 record, Ancient Melodies of the Future, showed signs of creative fatigue, and Martsch put Built to Spill on the back burner while he delved into a solo acoustic blues and folk project.

When the band reconvened in 2003, Martsch was once again reinspired, eventually touring and writing You In Reverse.

“With [You In Reverse] there was a real conscious effort to make it sound kind of weird and jammed out,” Martsch says. “We left a lot of weird things in there because that’s how the songs were created and that gave us some kind of energy. And with this record, it seems more like, not pop songs, but more structured, conventional songs or something.”

Even though the songs from There Is No Enemy are fresh for Martsch and his bandmates, he said he expects the band will not overemphasize the new material in its live set.

“I think we’ll mix it up and play a bunch of stuff from all of the records,” he says. “I like to play stuff that people like, that people are familiar with. That to me is kind of the best part of music, to hear songs that you know from your life, that mean something to you.”