When nature comes calling, these nonprofits are there to answer 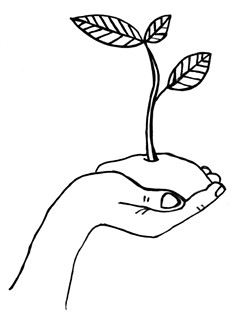 Yes, Chris DeForest, conservation director of the Inland Northwest Land Conservancy, is thoroughly aware of the irony of his last name.

After all, one goal of the Land Conservancy is to prevent deforestation.

"The forests are providing a great service by making oxygen, slowing runoff, providing shade," DeForest says. His nonprofit has helped plenty of them.

"We have identified and helped protect some 16,000 acres of land in Eastern Washington and northern Idaho," DeForest says. "Prime wildlife habitats, river corridors, working farms and forests, 40 miles of river corridors and lakeshores."

Plenty of other environmental groups care about trees and rivers, of course. But the Land Conservancy doesn't save forest and wilderness areas by waving signs, writing letters, blocking bulldozers or sending in lawyers.

"Unlike most environmental groups, we're not an advocacy group," says DeForest.

There are plenty of environmental and land use groups that are activists and advocates, including the Sierra Club, the Kootenai Environmental Alliance, the Lands Council and Futurewise.

The Inland NW Land Conservancy helps the land in a subtler way, helping willing landowners place a "conservation easement" on their properties, which restricts most major development on the property: Even if the land is sold, the restrictions remains in place.

"These protective covenants are a tool," DeForest says. "The goal is to protect enough land that there will always be a haven for native creatures, and protected land providing good drinking water for the rest of us."

Of particular concern is the Rathdrum Prairie Aquifer, a major source of drinking water in North Idaho. By keeping development away from parts of the aquifer, the group can make sure it doesn't get contaminated or drained.

"We're protecting it at its most vulnerable points," DeForest says. "If we can keep the land intact, we can take care of the water for us."

At least once a year, the conservancy visits the properties it helps to protect, like Audubon Lake in Reardan, to ensure that instructions are being followed. As a result, DeForest says, the conservancy gets to view some incredible sights in nature.

"It's an incredible migratory bird oasis," he says. "Migratory birds found there are found nowhere else in Washington state."

At inlandnwland.org, you can pay $35 to a be a member, give money directly, or ask to volunteer on one-day or longer-term projects.

Plenty of other organizations offer the public opportunities to improve forests and rivers directly. Spokane Ponderosa doesn't accept donations — the nonprofit already has two generous local donors — but it does want help planting hundreds of ponderosa pine trees. According to its website (spokaneponderosa.com), the group will "provide free Ponderosa Pine seedlings and loan planting tools to the volunteer groups who install the trees."

For people who love to fish, Trout Unlimited (tu.org) is full of conservationists who want to make the region a better place to fish and hunt.

"We are a conservation organization, but I would say that 95 percent of our members fish and a lot of them also hunt," says Lisa Pelly, director of water projects for Trout Unlimited.

After all, few people care more about the health of the river and the fish it contains than the people who wade into it every weekend. Volunteers fix culverts, plant vegetation along the sides of the river to prevent erosion — especially after construction has damaged the area — or add other infrastructure to create more variety in the river.

"Some of our chapter members actually go help with fish captures at hatcheries," Pelly says. That's on top of the organization advocating to keep public lands public.

If you prefer hiking to getting your feet wet, the Washington Trails Association works in a similar way, targeting trails for cleanup.

Join them for daylong trail-maintenance projects at places like Mt. Spokane (sign up at wta.org). You'll arrive early, around 8:30 am, and start getting to work soon after, clearing brush, repairing culverts, digging some drainage ditches — "putting in some sweat equity."

"We always have mandatory candy breaks at 10 am," Weiler says. By 3:30 pm, it's time to end the day with drinks and cookies.

The best part? Go out on three volunteering trips with the Washington Trails Association, Weiler says, and earn yourself a free Discover Pass, allowing entrance to all Washington State Parks. ♦