Caught between politics and law, Parkside Bistro and Pub will soon be bulldozed. 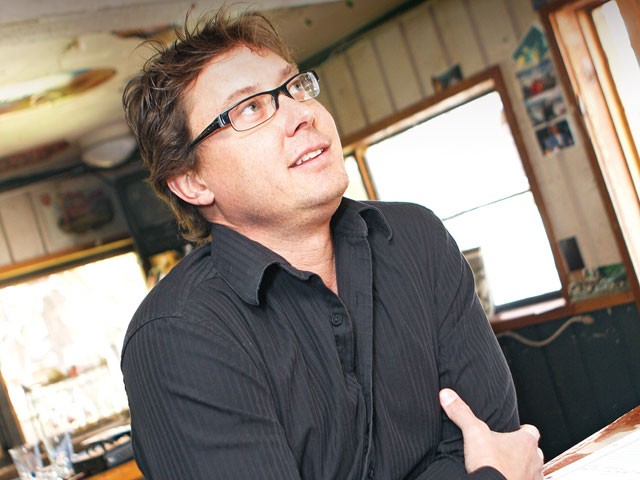 Dollar  bills once decorated the walls and ceiling of the small but popular Parkside Bistro and Pub in Coeur d’Alene.

To customers, each bill, signed by those who left it, represented a memory made at the pub: a couple on a first date, a family who came in for burgers, North Idaho College students on a pub crawl, a softball team celebrating a win with a round of beers.

“It’s such a unique gem,” says owner Kevin Eskelin. “The character of the place is like none other.”

But Parkside, which has been around as a hamburger joint under different names since the 1950s, will soon be history, a memory, and a stack of 728 signed bills will be one of the few things Eskelin has left of the pub he owned for nearly 14 years.

After a lengthy fight with the city, Eskelin admitted defeat, setting the stage for Parkside to be demolished and the 1,200 square feet it sits on made into park land.

“I thought it would be saved,” he says. “There are so many people who can’t imagine Coeur d’Alene without Parkside.”

Sitting on the northwest corner of City Park, across the street from Memorial Field, Parkside’s location was integral to its success. It also did the pub in.

According to the city of Coeur d’Alene, Parkside sits on land that was granted to the city by the National Park Service in 1903 to be used for city parks and funded by the Land and Water Conservation Fund (LWCF). For more than a decade, though, Eskelin subleased a portion of that property that was leased to the BNSF Railway Co.

“As long as they were running a railroad, they controlled it and could lease that out,” City Attorney Mike Gridley says.

But when the railway abandoned the land and nearby tracks in August 2006, it reverted back to city. Suddenly Parkside was sitting on park property and Eskelin found himself with a problem.

Under the rules of the LWCF, no commercial business can be conducted on park property, meaning Parkside’s presence put City Park out of compliance, jeopardizing federal support for city parks as well as funding for future projects, parks director Doug Eastwood says.

Eskelin wasn’t about to shut his doors quietly, though. In 2008 he hired an attorney and requested that the city honor his original lease with the railroad and let Parkside stay until April 2010.

“The state could permit a six-month non-conforming use,” Eastwood says. “We asked for two years. … The state and park service allowed us to let the lease expire.”

As April neared, Eskelin began to grasp at straws, hoping there was some way Parkside could be saved. His attorney, Rich Kuck, argued that Parkside wasn’t legally within LWCF boundaries and should therefore be left alone.

“That’s where there’s a fundamental disagreement with the city,” Kuck says. “The city thinks there’s some kind of rule that the [LWCF boundary] has to be the same as the boundary of the City Park. That’s not true. … Nobody knows if that property was included within the [boundary] long ago.”

The only way to know definitively where to draw the line is to refer a 1971 LWCF application that, Kuck says, can no longer be located. “Neither the city, state of Idaho or state park service has a copy of the application,” he says.

Gridley, the city attorney, says there’s no confusion on the city’s side that Parkside is within the legal boundaries. “I think it’s only unclear in the mind of [Eskelin] and his attorney,” Gridley says.

As Parkside’s end drew even closer, pub regulars rallied around Eskelin. They called the mayor and city council members. They gathered 3,000 signatures and affixed a sign atop the pub proclaiming, “Save Parkside from big city politics.” But the city didn’t budge.

“Without people stepping up with their support, I would have given up a long time ago,” Eskelin says.

Last month, Eskelin made a last-ditch effort to convince the city to allow him to stay open through the summer, but when the National Park Service ruled that Parkside was officially within the LWCF boundaries, Eskelin threw in the towel.

“You cannot force a landlord to give you a lease,” Kuck says. “He’s out of bullets, there’s nothing to shoot with.”

Though Gridley says it’s a shame Parkside has to go, he was disappointed to see the city spend so much time and money on the issue when he thought an agreement had been reached in 2008.

“We went to bat for the guy and did what we could,” Gridley says. “At the end of day there was nothing we could do. … Our hands were pretty much tied.”

Eskelin speculates that the city could have found a way for him to stay had they considered Parkside worth saving. “They make it seem like a big hassle,” he says. “I can’t believe they didn’t work with it a little more.”

With an eviction order signed and the bulldozers coming in a matter of days, there is now a tone of acceptance in Eskelin’s voice. “I’m done fighting. I give up,” he says, “I fought as hard as I personally could.”

He is now trying to be grateful for the time he had at Parkside. “I’m trying to look at all the good memories,” he says. “For such a small footprint, you couldn’t get more out of a place.”

Like Eskelin, Coeur d’Alene resident Jeff Coulter wonders if the situation would have been different had Parkside not been a bar. “A lot of people in the city didn’t like it,” he says. “They didn’t like having alcohol that close to the park. I just think they’ve gone overboard.”

Dan Clark, who worked at the restaurant in the 1960s when it was called the Beehive, says he understands both sides of the issue. “As a landlord and property owner, when a tenant’s lease comes to an end, it’s not up to the tenant what they do,” he says.

The thing that bothers Clark the most is the federal National Park Service’s involvement in closing the pub. “The city says the feds make the decision,” he says. “Since when do the feds decide what the city of Coeur d’Alene does with its parks?” Eskelin, who is now salvaging what he can from the pub before it is demolished at the end of the month, believes the city will eventually regret letting the Parkside go.

“You can make mistakes in government,” he says. “Years later, they might say, ‘What the hell did they do?’” 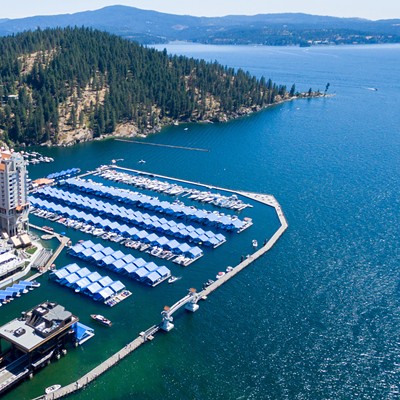