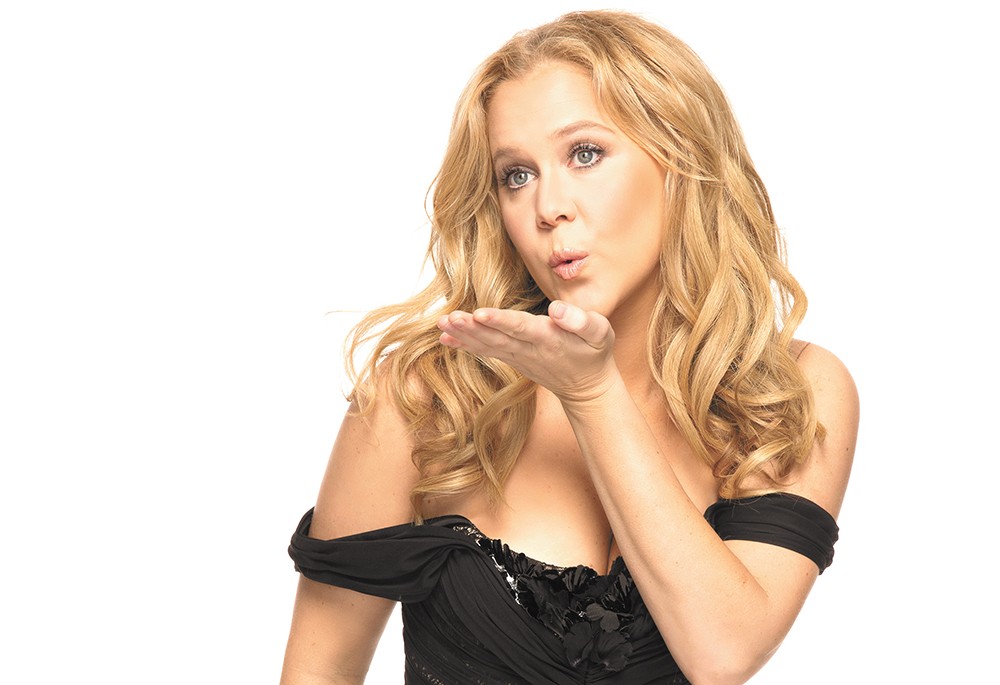 The 39-year-old nursing student and mother moonlights as a stand-up comedian, sharing stories from her life that are like episodes of The Jerry Springer Show, "but trashier and more pathetic."

Isbelle has performed throughout Spokane for the past two years, honing her voice at places like the Checkerboard Tavern, sometimes to mixed reviews.

"I've had men say straight to my face, 'Wow, you're really funny for a woman,'" she says. "I haven't really figured out how to respond to the horrifically awesome things that people say. It's like saying 'You're really smart for a woman.'"

Even as Spokane's comedy scene explodes, with upward of 75 regular performers — about 10 of them female — and open mic nights expand to seven days a week, female comics like Isbelle struggle to find their voice and push beyond the stereotype that "women aren't funny."

Nationally known comics like Amy Schumer have broken the glass ceiling of comedy, proving that material about vaginas are just as funny as dick jokes. Female comics like Schumer and Isbelle are rebranding "female comedy," walking a fine line between being funny and sounding "too much like a woman" — as if that's a bad thing.

The 31-year-old performer started doing stand-up and sketch comedy almost two years ago at places like Neato Burrito. A barber by day, she shares stories about her life, dating and tales of "dying alone and getting eaten by my cat" — a creature she describes as a pirate lord with one eye and a snaggletooth.

"Comedy is traditionally a boys' club," she says. "We've been really fortunate in Spokane that the male performers have really embraced women and diversity in our scene."

Despite the sense of community, both Pugh and Isbelle say that when crafting jokes, they're conscious of their gender, aware that the sound of their voice, the clothes that they're wearing and the fact that they're female affect how the joke will land.

"I don't think this registers with most male comics; it's just different for women," Pugh says. "I like to talk about dating, and all the fun double standards and bullshit that comes with that. All the while, I don't want it to sound like I'm just whining about men."

"Ever since I started writing jokes, I have been aware that men don't want to listen to us bitch," Lahman says. "I don't pander when I write... but I don't think male comics question if they are annoying their audience with quote, unquote bitching."

Timing is everything for stand-up comedians, and for Lahman, that means burying jokes about being a mother in between jokes about "Jesus talking to a crackhead." She looks to comedians like Roseanne Barr, Natasha Leggero and Schumer, who have not only set the stage for other performers, but redefined women's roles.

"Women are perceived differently in society," Lahman says. "Growing up as a little girl, you are taught not to be loud, not to talk too much, not to be funny...

"Amy Schumer came along at a time when there was a need for her to speak on social issues. That's why men and women both love her, because she fills a void, saying the things that need to be said."

Isbelle and her fellow comedians see more women performing — even if just once — and in the crowd.

The change in demographics opens the doors to more jokes about "waxing" and the trials of motherhood, Isbelle says. Women have always known they can be funny. The challenge, performers say, is finding the balance between telling only "female jokes," being considered a bitch — or worse, just not funny.