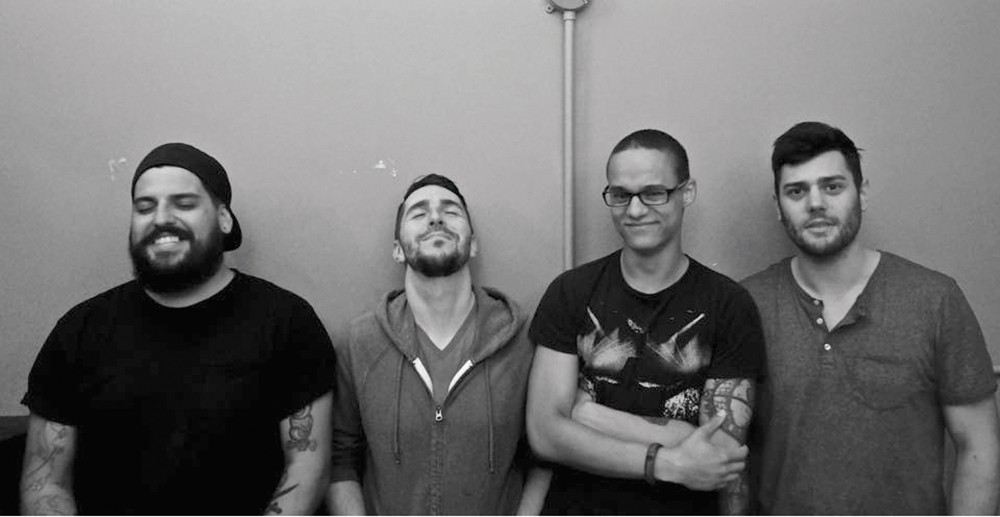 Together since June, the Broken Thumbs finally play their first show Friday.

The pieces came together as so many bands do, with a question.

"I need to drum, can I come play behind you?" drummer Ryan Stocks asked his DJ friend Kelton Allen.

Never having practiced before, they played a set at the Knitting Factory and Stocks kept up behind Allen's slick electronic melodies and beats. David Arnold, also at the show that night, heard something polished and profound happening on stage. He wondered what could happen if they added vocals and guitar to the mix.

The Broken Thumbs are all veteran Spokane musicians. Allen is known as DaethStar to electronic fans, Stocks is also in synth-heavy Summer in Siberia, Arnold is the former lead singer of the emotionally charged rock group The Lion Oh My and guitarist Braedon Clark played in instrumental industrial-rock act Eyes Like Time Machines. But this band — a concoction of electronic noise, heavy rock and introspective lyrics — is different from anything any of them have tried before.

The first day playing together they recorded a song, a cover of the deadmau5 and Gerard Way collaboration "Professional Griefers," at Amplified Wax Recording Studio.

"We figured if we couldn't do it then, it just wouldn't work out," says Arnold, sitting with the group last week in Allen's sophisticated downtown loft apartment.

Together for seven months now, it's been an ongoing process figuring out how they fit as a band. They practice two to three times a week in a South Hill basement, rehearsals often stretching late into the night. They all write their own parts, but Allen is the "bandgineer" of the outfit. All sounds and effects are amplified through his computer, which is an adjustment for the rock guys. "It's strange not having a guitar amp anymore," Clark says.

There's no longer a blueprint for their music, and they appreciate that most.

"Does anyone have a rulebook? Because I'd like to throw it out the window," Stocks even joked at a recent rehearsal.

Their first original single, "Little Things," was released this month. They consider it straightforward — verse, chorus, bridge, chorus. But the other five songs they've got in their arsenal wade into new, unstructured territory.

"It just has to make sense to us," says Arnold.

They play their first show Friday and their nerves are showing. Yet they're confident in the music they're making. After releasing just two singles, the Broken Thumbs have already booked shows locally and regionally well into next year. They're launching a Kickstarter campaign to record more of what they've written. They hope avid fans of the group's past projects can come to their show with an open mind.

"There is no message with this band," Arnold says. "We just want to get through this first show. Let's just survive." ♦