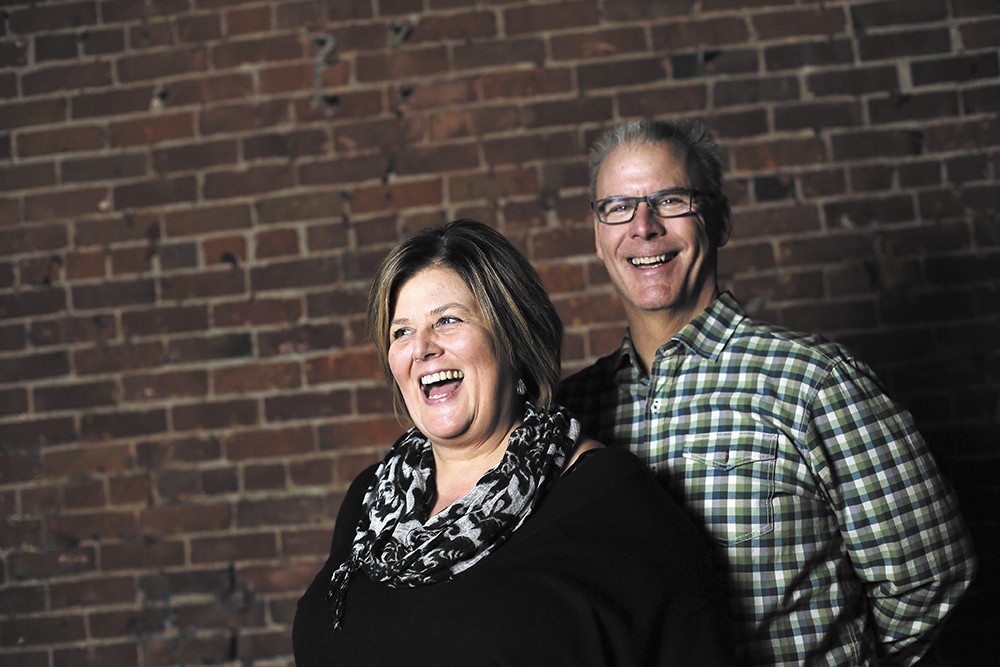 Young Kwak
Two of the four owners of the Spokane Comedy Club, Renee and Kevin Fandt.

As of March, there was suddenly a whole lot more to laugh about. The Spokane Comedy Club moved in on Sprague Avenue, and with it a steady stream of gut-busting touring comedians. While the excitement was palpable, there were still plenty of people wondering if it would survive. The city had comedy clubs in the past, but they all folded (including the 10-year-old Uncle D's Comedy Underground, which closed in March). Now a handful of months in, comedy club co-owner Adam Norwest says that people here are supportive.

"The crowds have been great," says Norwest, who along with his parents and wife also owns the Tacoma Comedy Club. "The comedians are loving it. They love the crowds here. There's a direct flight from L.A. to Spokane, and we're getting comedians here who've never been to Spokane."

Spokane isn't new to stand-up, but in the past couple of years, an interest in comedy has grown locally. Open mic nights and comedy events have multiplied around town, while big-name touring comedians consistently sell out local concert venues and arenas — we're talking performers like Brian Regan, Kevin Hart, David Cross and George Lopez.

Local comedian Mika Lahman, who's been part of the stand-up scene for about three years, is a member of the local SpoKomedy group, which works to help stand-up performers find community and bring more comedy events to the area. With the new comedy venue open, she says some open mics have slowed, but go to the comedy club on any given open mic Wednesday, and crowds can sometimes top out at more than 100 people.

"I don't feel like the opportunities are less now," Lahman says. "Open mics pop up and disappear all the time. For brand-new comics it may not be as much opportunity, but for us who have been around, it's really great."

But stand-up isn't the only comedy outlet in Spokane. The Garland District's Blue Door Theatre has been bringing the improv for 20 years. Through that program, comedians have formed their own groups. In June, the Ditch Kids sketch comedy trio, who met at the Blue Door, attended the famed Del Close Marathon in New York City after sending in an audition tape on a lark. Through local fundraisers, they went, all expenses paid.

"It's hard to say how grateful you are," says Ditch Kid Mara Baldwin. "People didn't have to give jack shit to us, and they did. I felt weird about setting up the GoFundMe, but the city of Spokane wanted us to go and supported us. Some of the donations were so high."

Lahman points out that with the comedy club bringing in performers like Craig Robinson and Marc Maron to a mid-sized stage on a weekly basis and sketch comedy players exploring the national stage, the local scene is starting to feel more legitimate.

"It's a new wave of things going on," she says. "I think we had it one way, but now it's shifted to bigger opportunities, and we have a new generation of comics coming in because of the comedy club. I don't think people knew a lot about our scene before. So it's a new era."