NATION: In a statement responding to last weekend's back-to-back deadly mass shootings — one of which happened at a Walmart in El Paso, Texas — President Donald Trump condemned white supremacy, bigotry, and racism. He also stopped short of calling for gun control and pointed to mental illness and violent video games as a potential cause of the violence. 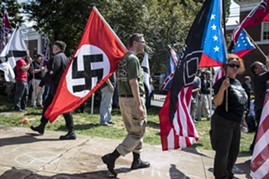 Legal weapons
During the mass shootings in Dayton, Ohio, and El Paso, Texas, the perpetrators both used military-style rifles with large capacity magazines. In both states, such weapons are legal. (New York Times)

Platform for extremism
8chan, an anonymous internet message board frequented by white supremacists where a racist anti-immigrant manifesto from El Paso shooter was posted, has struggled to stay online with various web service providers dropping their business. But various challenges remain to eliminating it as an online hotbed for right-wing extremism. (Politico)

Attempts at reform
Republican Ohio Gov. Mike DeWine is calling for a "red flag law" to limit gun access for people with mental illness in the aftermath of the Dayton shooting. (New York Times)

Crunching numbers
Spokane Public Schools is grappling with how to spend roughly $3.6 million amidst a slew of priorities, including reversing recent staff cuts and reducing class sizes. (Spokesman-Review)