It's almost as if the legalization of marijuana in Washington state didn't really change perceptions among some people.

At least that's the gist of a Feb. 13 letter sent to Gov. Jay Inslee from a bipartisan group of lawmakers (including Ritzville Republican Sen. Mark Schoesler). Specifically, the letter took aim at Russ Hauge, a board member reappointed to the Liquor and Cannabis Board by the governor for a six-year term beginning on Jan. 28. The letter accused Hauge of dishonesty and of contributing to a "toxic culture" at the LCB that targets marijuana businesses that operate legally and asked Inslee to rescind his appointment.

"The ethos at the LCB does not yet effectively separate taxpaying license-holders who have thrown open the doors to their businesses, their personal finances and more, from criminals skulking in dark alleys who sell to kids from the back of a van," the letter says. "Washington needs LCB leaders who embrace the distinction."

The letter coincides with an aggressive 2019 legislative agenda from the marijuana lobby that's aimed at leveling the playing field for the industry, both financially and in compliance enforcement. From the beginning, marijuana businesses have faced higher scrutiny, and oftentimes harsher penalties, than their counterparts in the liquor industry, though both fall under the same jurisdiction under the LCB. But the attitude among LCB enforcement officers has been more antagonistic, the letter from lawmakers states.

Hauge, the letter argues, has appeared to resist the changes in the legal marketplace. As a former prosecutor in Kitsap County, the letter suggested he was more interested in being right, "proving guilt" and hurting businesses.

"Here is an instance where we definitely know we can do better," the lawmakers say of Hauge. "The LCB has cultivated a culture of enforcement that centers around violations and license removals as if it was a full jurisdiction law enforcement agency closing down drug cartels."

New proposals in the Legislature are seeking to reform the LCB's compliance structure in a way that could benefit businesses, according to Washington CannaBusiness Association (WACA) spokesman Aaron Pickus.

This was one of the first issues WACA brought up in preparation for the 2019 legislative session. In one instance highlighted by WACA, a marijuana production facility in Snohomish County was in danger of closing for too many LCB violations. In a KIRO-TV news report, the owners of Rolling Farms said the violations were for minor things, like a few plants (out of thousands) left untagged.

Pickus says businesses have faced similar issues across the state over the years. Some have even called enforcement officers themselves for clarification on rules, only to get dinged by another infranction, he says.

"Now that we are four years in, this is a legal market," he says. "It shouldn't be treated as an illicit activity." ♦ 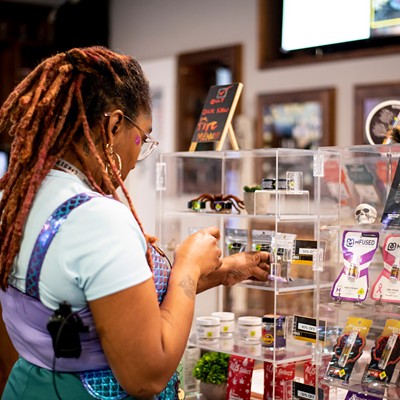