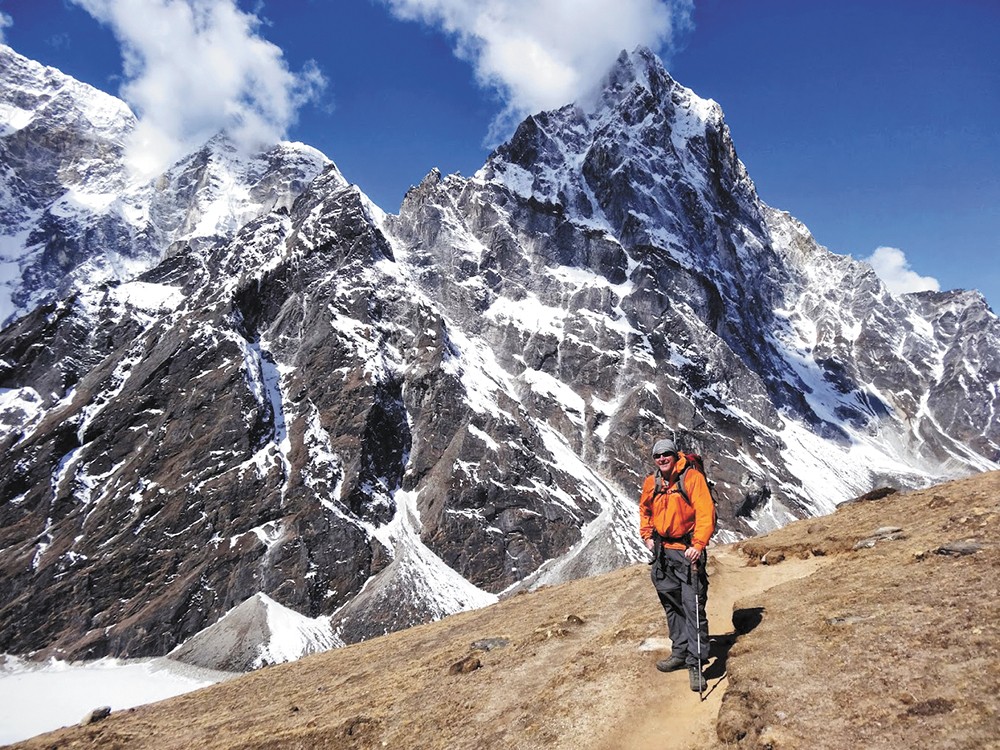 Dave Mauro has climbed the tallest peak on each continent.

At the top of each summit, the highest point on each of the Earth's seven continents, Dave Mauro was hit with a wall of emotion. It was the same feeling every time. He wept. He sprinkled some of his brother Danny's ashes into the oxygen-deprived atmosphere. All he felt was love.

"It has a lot to do with the sacrifices required to get there," Mauro explains. "The process of it tears you down piece by piece, until what's left is whatever animal is required to get you to the top of that mountain."

Mauro stood on top of Alaska's Mt. McKinley, the highest peak in North America at 20,237 feet, and the first of the seven mountains, on June 13, 2007. Six years later, on May 20, 2013, he looked out over the clouds and the world below him from the highest point in the world, Mt. Everest. It was the literal pinnacle of his six-year climbing adventure. As he stood there at 3:42 am, he'd become the 65th American to reach the top of all seven peaks.

In the beginning, Mauro didn't intend to climb all seven, let alone the first. But a series of events throughout those years and a subconscious urge kept the now-51-year-old financial planner from Bellingham, Wash., coming back for more.

"I was glad I'd done it," he remembers thinking after the McKinley summit. "It was something I felt good about, but I didn't understand what was supposed to be fun about it. It was mostly a lot of suffering." But after a recurring dream Mauro had in which he followed a lion through Africa's grassland plains toward Kilimanjaro, he says he became obsessive about making the summit. He stood atop the African peak on Jan. 27, 2008. Even after that, though, Mauro didn't plan to continue pursuing the incomprehensibly taxing feat.

Now that he's completed the quest eluding mountain climbers worldwide, Mauro is working on a book about his experiences. To be called The Ozone Diaries, he hopes to publish it sometime next year. Mauro also travels around the Pacific Northwest to talk about his experiences, using the opportunities to fundraise for charities aiding women and children.

Besides that, what's next for this seasoned climber? Mt. Rainier.

"The irony of it is that I've gone all over the world climbing these peaks, and I've not summited Rainier, right in our backyard."