What’s going to happen when the state Supreme Court tells public defenders how many cases they should be taking? 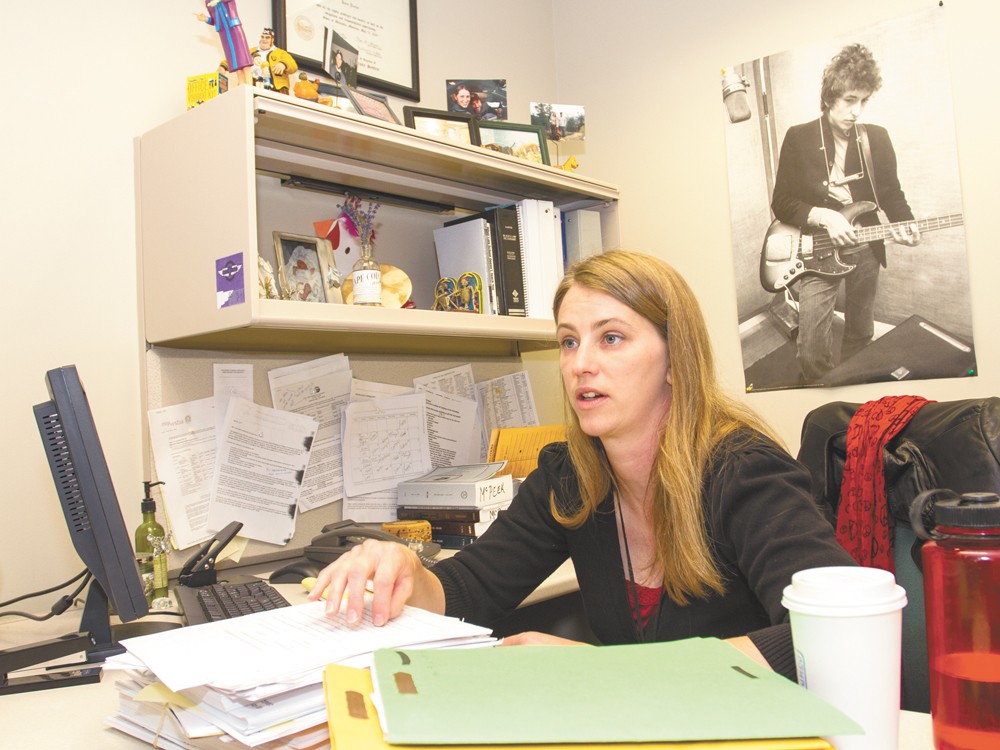 Jeff Ferguson
Assistant Public Defender Alison McPeek and a few of her many cases.

Alison McPeek brings her palm down onto the big stack of trouble on her desk.

“This just isn’t as important as me calling my client or going and seeing my client in jail,” says McPeek, an assistant Spokane County public defender who handles misdemeanor cases.

Those files are trouble because everyone identified in them has a warrant out for their arrest. They’re trouble because it’s paperwork McPeek needs to take care of, yet it must compete for attention with the 136 cases she has open right now.

It’s halfway through the year. If she continues on this rate, McPeek, who says she has a caseload typical of misdemeanor defenders in the county public defender’s office, may eventually exceed new state Supreme Court limits on the number of cases a public defender may take in a year.

The rule was released this month and takes effect in a year.

The rule also gives Washington state some of the strongest recommendations in the nation on how many cases a public defender should take in the nation, according to Bob Boruchowitz, director of the Defender Initiative at the Seattle University School of Law.

“I think you could say that this is the next step in literally 30 years of evolution in addressing the need for standards in public defense practice,” Boruchowitz says. “It really is a significant development.”

Under the state bar association’s recommendations for attorneys, no lawyer should handle more than 300 to 400 misdemeanors, or 150 felonies, each year.

The Supreme Court’s order is similar to that, according to Christie Hedman, executive director of the Washington State Defender Association.

The rule also comes in the wake of a 2010 ruling by the court that allowed a juvenile defendant to withdraw a guilty plea because his public defender wasn’t representing him adequately — partially because the attorney’s caseload was too high, the court ruled.

“I would hope that the counties and cities would see this and … if they are contracting and having much higher caseloads, they need to be worried,” she says.

“I’d like to sit down with the commissioners and maybe prosecutors and law enforcement,” says Rodgers.

Rodgers pointed to the way the county handles charges of driving with a suspended license — a common misdemeanor that’s often the result of a driver failing to pay a traffic infraction or child support. Rodgers estimates that these make up a third of the misdemeanor caseload.

In the county, these are charged as a misdemeanor, but they’re typically knocked down to an infraction after a court hearing. Still, Rodgers says, that means public defenders have to show up in court, adding to their caseload, and their client often goes to jail, taking up expensive bed space.

If you get caught for the same crime by the Spokane Police, the policy is different. The city will simply ticket you, says Mary Muramatsu, the former city prosecutor who implemented the practice. No court appearance, no jail time.

“In adopting this policy, we were able to eliminate a third of our caseload from our public defender docket,” Muramatsu says.

Another way to help keep caseloads down would be to hire more attorneys, Rodgers says. But he would not speculate on whether that would be something he’d propose.

McPeek worries that the limits will be burdensome for her. She says she just wants to represent her clients. And she worries that someday, she’ll have to say: “I’m at 500 now, it’s only August, I’ve hit my mark. Sorry.”

Ooh Media was right about the First Amendment, but got punished by STA 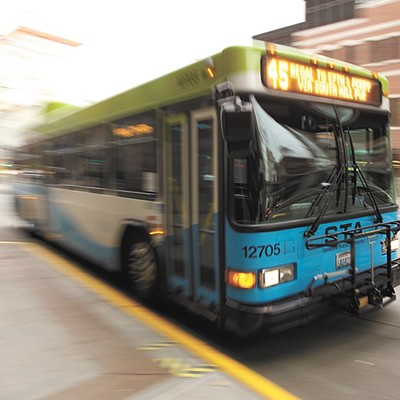