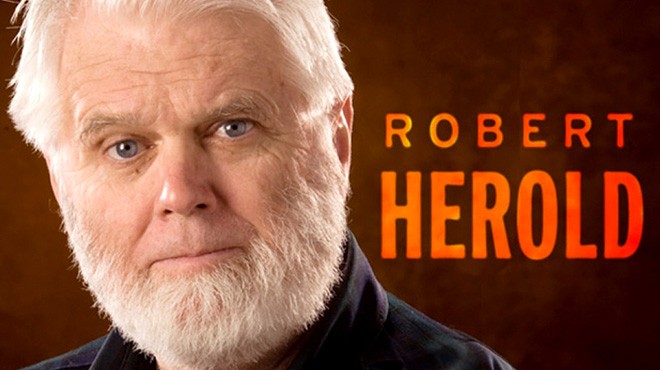 I saw John McCain in person only once. After upsetting George W. Bush in the New Hampshire primary in 2000, he came to Spokane and spoke at the old COG on the Gonzaga campus. It was a large enthusiastic crowd. And it was a bipartisan crowd.

He was so engaging, so spontaneous. I remember seeing him out on the covered porch, where he laid his eyes on a TV reporter. He didn't know the reporter's name, but he held out his hand, got that giant smile he used so often, and said, "Where the hell have you been, I been looking all over for you!" Funny, endearing, to the point. Then he delivered a very upbeat, hopeful and well-received speech.

All this was vintage John McCain.

Next stop after was South Carolina, where he ran into an insider, dirty-tricks campaign. He lost there and never recovered.

At the time, the display of the Confederate flag above the courthouses of the South was a very hot issue. Republicans wanted the flag displayed. McCain failed to support taking down the flag. Later he changed his mind and explained: "I feared that if I answered honestly, I could not win the South Carolina primary. So I chose to compromise my principles. I broke my promise to always tell the truth." Again, vintage John McCain.

He lost the nomination to George W. Bush, but trooper that he was, he campaigned for his party's nominee, all the while defending Bush's Democratic opponent and fellow Vietnam veteran, John Kerry, against the "Swift Boat" attacks.

Arizona has long displayed a surprisingly independent political streak. Perhaps this is why McCain fit right in. We recall that it was Barry Goldwater, the father of the modern day Republican Party, who, after calling Richard Nixon the "the most dishonest man I ever knew" (along with another Arizona Republican, John Rhodes, and Hugh Scott of Pennsylvania), came to the White House and delivered the word to Nixon that he was done.

And then there was Rex Lee, cousin to the Udall clan. Rex set grade point records at the University of Chicago Law School, founded the J. Reuben Clark Law School at BYU, became one of the most successful solicitor generals in history and served as president of BYU. Lee, too, was a Republican of independent mind. When Ronald Reagan's Attorney General Ed Meese pressured Lee to take up cases that he thought unworthy, Lee refused (as might a John McCain) with the line: "I'm the solicitor general not the pamphleteer general."

Or consider Sandra Day O'Connor, another Arizona Republican, who, no doubt, very much appreciated the kind of independence of mind demonstrated over all these years by John McCain.

McCain, while argumentative, valued comity. He sought bipartisan solutions. This is precisely what is so missing today.

And then there are the eulogies, again a show of bipartisanship, coming from Barack Obama and George W. Bush. Donald Trump was not even invited to the ceremony, nor was Vice President Mike Pence, which says much.

By his own admission, McCain made mistakes. His biggest, in my mind, was the choice of Sarah Palin to be his running mate. This thoroughly unprepared, morally challenged grifter became the darling of the Republican Party's right wing — until that disastrously revealing interview with Katie Couric. My guess is that that "the base" liked her more than it did McCain himself.

All this noted, the overriding concern that defined him throughout his political career, above all else, was the treatment of the military. He took on defending soldiers and sailors as his personal mission. And that, according to Robert Timberg in his fascinating book The Nightingale's Song, is what drew so many military veterans to Ronald Reagan. The nightingale can't sing until it hears its song. Reagan, at a time that the public was denouncing returning Vietnam veterans, sang their song. John McCain, whose political career paralleled Reagan's, was the prime example of returning home with honor — so much so, that he was uniquely qualified to lead the charge to restore relations with Vietnam.

Reaganomics wasn't why veterans flocked to him, rather it was because Reagan validated that they had followed their mission. He told them that they, like John McCain, were heroes.

They responded and still do. ♦