Specifically, the ones you can eat in your car

what it used to be — a slab of beef, lovingly slapped between two toasted buns. Cheese if you wanted to get fancy. And they were cheap enough that you could buy them by the by the grease-soaked bagful. These days, you can find a burger on just about any menu, even at some of Spokane's finest establishments. Even white linen spots like Wild Sage and Churchill's have a burger on the menu, they're both excellent, but neither one is cheap.

There is still something to be said about the burger stand offerings. We're not talking about the mass-produced, paper-wrapped burgers of Ronald, Jack or the King here. These are local favorites who've stuck to the simple burger, eschewing fanciness and embracing tastiness. I went in search of the burger I'd all but forgotten after falling into a habit that saw me passing by neon signs for more refined (and more expensive) fare. The findings were a reminder that a good burger isn't as hard to find as you'd think — and sometimes you don't even have to get out of your car to get one.

AS SEEN ON TV

I first saw this burger on a television commercial, which is how we Americans meet most of our burgers. A week later, I was in the drive-through, speaking into an old plastic microphone, asking simply for "a double." The static-y voice asked how I wanted my onions. I was appreciative of the fact that the burger had onions and that I could choose for them to be grilled. When it arrived at the next window a comfortable five minutes later — you don't want a burger to ever arrive too fast — I was impressed. Those onions were excellent, and the beef had the crispy-around-the-edges style that reminded me of the In-N-Out trips from my Southern California days.

The guy at the window next to me ordered three of these — and a milkshake. This guy is bonkers, I figured. The sign says it has two patties and two slices of cheese. But having never actually ingested a Whammy, I asked for just one, and a small fries. It all rang up less than $4, which I paid in cash, the only acceptable currency at this decades-old drive-in. I retreated to my car, popped open the Styrofoam container and was immediately struck by the weight of this thing. It had some mass. I then drove down Division, one hand on the wheel, the other assisting my mouth in devouring this compact unit of beef and molten cheese. For the first time, I felt like a true goddamn Spokanite.

If you're not within two miles of a Zip's, you're probably not in Spokane. These burgers sell themselves on curb appeal, it seems. The photos on the windows of this ubiquitous local chain have, on several occasions, had me thinking "I can just have that salad I brought for lunch tomorrow." Their cheeseburger offers no frills, really, but that's why it's been so popular for so long. And again, the fact that you can get it pretty much anywhere in town is comforting.

This is the sort of place you can feel intimidated to enter. It's like riding the city bus for the first time — everyone knows what to do except you, and asking for advice is going to reveal your ignorance. The place is friendly, albeit cash-only, and has been making amazingly delectable burgers since before the streets of Coeur d'Alene were paved. Just order a cheeseburger here and follow the prompts when asked. If you're lucky enough to find a place at the counter to eat, do that. Otherwise, take it to go and sit by the lake. Take a bite and remember that a lot of things change, but some things stay the same, greasy way for a century. Or skip the philosophy and just demolish this thing.

This local drive-in touts the fact that its meat is 100 percent ground beef and doesn't include ammonia — which makes you think about the big chains that have made such an assertion necessary. It's a nice assurance, and one that doesn't hurt the taste of this classic-style burger. I got it with simple meat, cheese and little else. If you're up on the north end of Division and in need of a burger, skip the the big guys (there are plenty of them on that stretch) and check out these guys.♦ 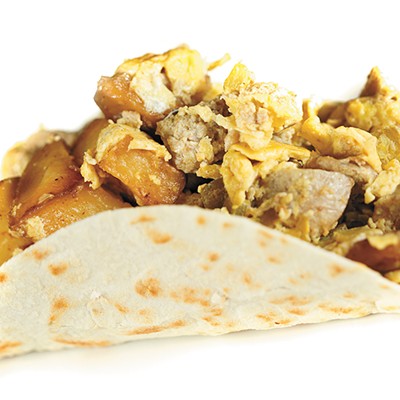 Good and Good For You 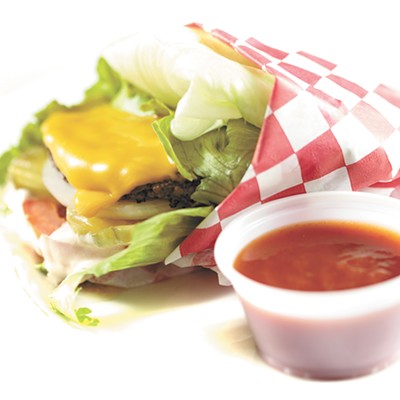 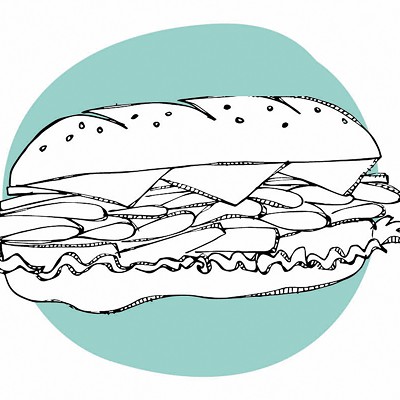 Enough to go Around 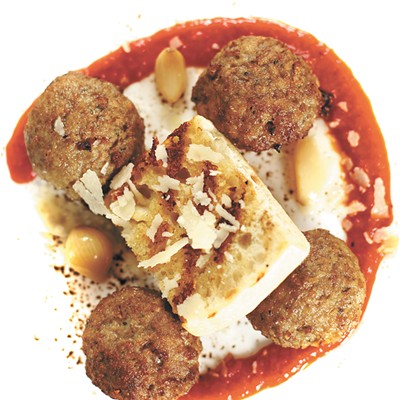 Good and Good For You

Enough to go Around

So, you're in the mood for... A Hot Dog or Gourmet Sausage?

So, you're in the mood for... Something From a Food Cart?