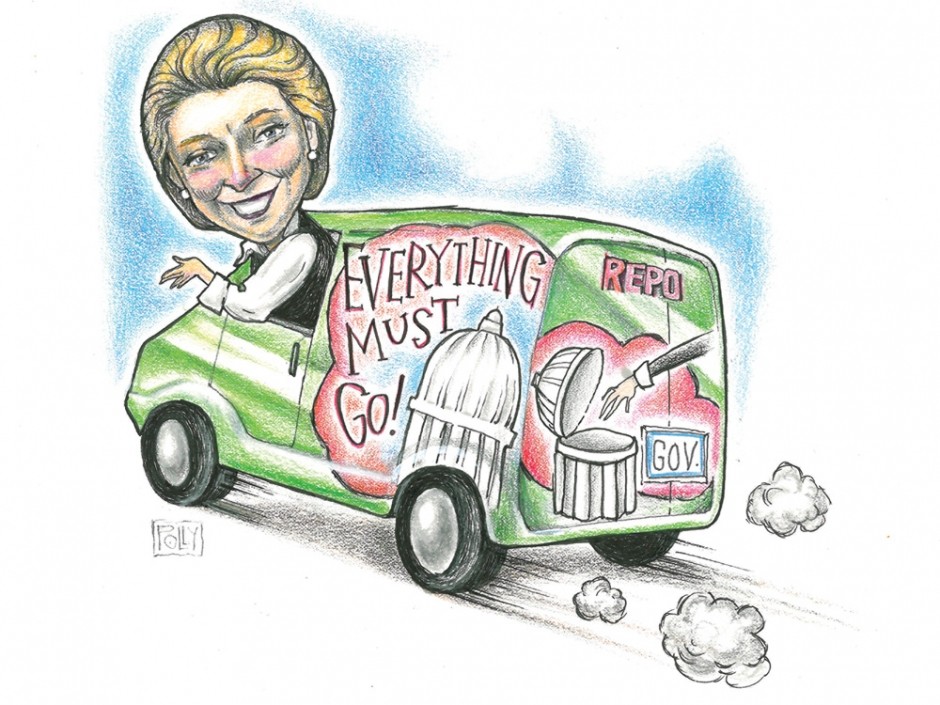 Deer Park Elementary School, like almost everything in the small town of Deer Park, Wash., is surrounded by fields of prairie grass and ponderosa.

“It’s a smaller community that has that small-town feel,” says the school’s principal, Michele Miller. “It’s one of those communities that’s all about their schools.”

But, for all the community support, they aren’t a rich district — not like Bellevue or Seattle. Most of Deer Park’s students are poor enough to qualify for free or reduced lunch. But it’s low-income districts like Deer Park — not Bellevue or Seattle — that may lose a crucial funding stream. Levy equalization, which injects schools in poor areas with state money to ensure they get as much funding as schools in richer areas, has been targeted in the governor’s proposed budget.

If the governor’s proposal is adopted, some districts, like Deer Park, will see those funds cut by 25 percent. Other districts, like Spokane Public Schools, would see them cut in half. Mead and Central Valley school districts would have their levy equalization eliminated entirely.

Part of the governor’s oath of oath of office is to “make ample provision for the education of all children residing within its borders, without distinction or preference on account of race, color, caste, or sex,” according to the state Constitution.

State Superintendent Randy Dorn agrees: Basic education, despite being a huge part of the budget, is legally protected from the worst of the cuts.

“What is the purpose of levies? To do additional things beyond basic ed. You want to do orchestra. You want to help fund librarians in every school,” Dorn says. But with the state paying less, levies have begun to pay for more. “Levies now are paying for heating, insurance for buildings, security, technology. All of which are basic things for school.”

Dorn’s argument to legislators is this: Basic education is constitutionally protected and levies help pay for basic education, so levy equalization should not be cut.

“The simple answer is, when you are faced with a $2 billion budget deficit, there are very few options,” says Karina Shagren, a spokeswoman for the governor. “Education takes the bulk of our budget. Levy equalization [costs] hundreds of millions of dollars.”

Meanwhile, school districts will soon be asking their communities for levy renewals and must decide how to respond to the action in Olympia.

Deer Park, like most area school districts, is sending a levy renewal to voters in February. While the state kicks in most of the money to fund schools, and the federal government may add some, the rest — anywhere from 15 to 34 percent — comes from local property taxes.

For wealthy Seattle, it’s easier to raise money for education through property taxes. But in places like Deer Park, with much lower property values, it’s challenging.

In 2009, foreseeing that levy equalization would soon be cut, the Spokane Public Schools board asked for a higher levy rate than was necessary. The Central Valley School District did the same.

Ultimately, levy equalization was not cut, and the school districts rolled back their levy rates. Central Valley and Spokane are taking the same tactic this year, though they understand that asking for more levy money to cover the elimination of the program could imperil the chances of the levies passing.

But Deer Park’s levy renewal isn’t asking for more money to cover the potential loss of funds. The district is taking a gamble, knowing that, if levy equalization funds are cut, they may have to lay off even more teachers or cut even more programs.

“We don’t want to risk the levy,” Cooke says. “Our community feels stretched. … Heating, oil, gasoline, food — if this could be one thing that doesn’t seem to go up, that would be felt as support for our community.”