Although landlocked, Spokane was a major port during World War II.

America changed on the morning of the attack on Pearl Harbor, with entire cities mobilizing to join the war effort.

And Spokane was no different. Some 15,000 locals enlisted to fight. And with five railroad lines converging on the Lilac City, it became a major hub of wartime activity.

Young men from all over the country came to train at Fort Wright, Felts Field and the Geiger Army Air Corps Base. Even the Jesuits at Gonzaga got into the act, training Navy cadets on campus.

Every year, a few communities around the nation are selected to host Navy Week; this year, from May 14-20, it’s in Spokane. Here’s a selection of the many events scheduled for all over the Inland Northwest. For a detailed list, visit navyweek.org/spokane2012.

All City Civic Military Luncheon at the Davenport Hotel (11:30 am).

But the Farragut Naval Training Station was the biggest operation of them all. In fact, some 300,000 sailors took basic training at Farragut, just south of Sandpoint.

Named for Civil War-era Union Admiral David Farragut (of “damn the torpedoes!” fame) and now a popular state park on the shores of Lake Pend Oreille, Farragut was the second-largest training station in the world. Recruits learned handy skills like knot tying, first aid, semaphore and even KP (kitchen patrol). They graduated to serve in some of the pivotal battles of World War II — Leyte Gulf, Tarawa, Okinawa.

But before that, sailors — by the thousands — would hop the Northern Pacific Railroad or the Green Hornet Bus Line to come to Spokane while on leave.

Local historian Carolyn Hage Nunemaker described the corner of Howard and Riverside in Downtown Spokane Images as “the hub of life” during those war years. Newsboys hollered updates from the fronts while sailors and soldiers bustled to theaters, swooned with new girlfriends or took the edge off by drinking away their homesickness and fear.

The residents took part, too. William Stimson, author of The View From the Falls, points out that women took over the home front by staffing the massive Velox Naval Supply Depot in Spokane Valley, by keeping the local aluminum mills rolling, and even by packing parachutes. Local Scouts collected 1,000 pounds of waste paper. Schoolchildren donated gum foil and cigarette wrappers.

Industrial plants were camouflaged and guarded by FBI agents. The city went dark every night to protect itself from air raids. Citizens pinched pennies to make ends meet and ration supplies needed for the troops. And the “Boots” (that’s what locals called the Farragut recruits) walked the streets of Spokane — living proof of the sacrifice necessary in a world at war.

On the home front 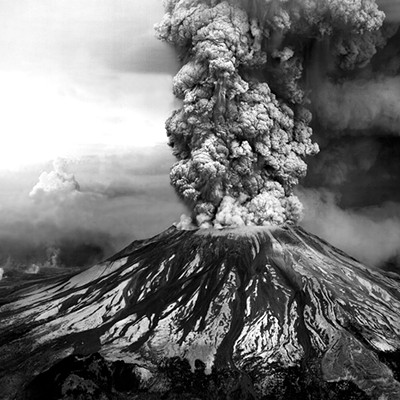 It's All in a Name

By Annie Szotkowski and Mike Bookey