Philip Porter’s journey there and back. 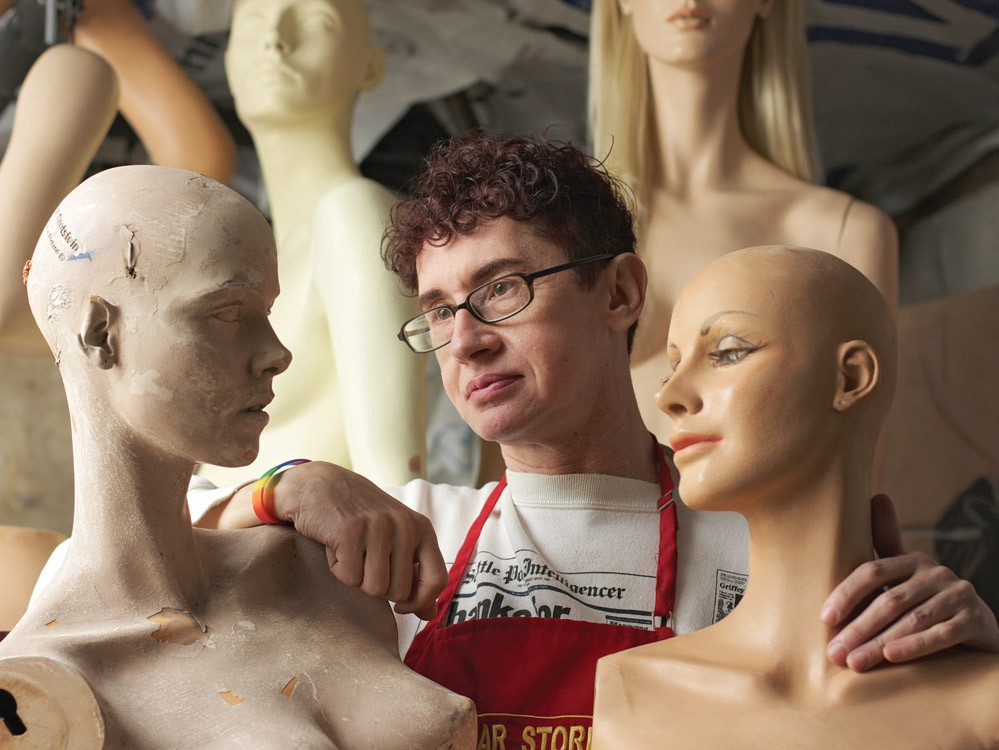 Philip Porter remembers his first haircut. His father took him to downtown Gladewater, Texas, and Philip cried as the barber held him down and cut his curly blond hair.

“It was the closest thing to rape I can remember,” Philip says.

Philip felt more like a girl than a boy. It’s not something he realized sliding out of the womb — but close.

He was born on a farm in 1959 and raised in the Church of Christ. Philip’s parents rodeoed. He played with dolls.

He came out at 18. He found psychologists who said he was crazy. He found answers in Dear Abby. He went to fashion school. He took hormones and changed his name to Phoebe.

Phoebe shaved her Adam’s apple and injected herself with silicone.

“The goal was that final surgery. The meat grinder. Afterwards it would be like a Disney movie. Forest animals would come out and so would the guy on the white horse.”

But Phoebe knew that was a fairytale, and doctors don’t save pieces in a jar in case you change your mind.

So she kept her penis.

She dressed mannequins at upscale boutiques. She worked as a topless dancer and as an NFL cheerleader for the Houston Oilers.

Last summer doctors at the Spokane CHAS Clinic said Phoebe had the hormonal makeup of a 14-year-old boy. That made sense. Phoebe didn’t feel like a woman anymore.

Philip wishes he’d given himself time to be a man. Last month he went to the Spokane Public Library and tore a picture from a magazine. He took the photo to Fantastic Sams. He told the hairdresser he was ready for a change.

He let down his mane of curly red hair, which hung to his breasts.

He wanted his head shaved. “Are you sure?” she asked. “I’m positive.”