Winter’s the worst time to have your power shut off - but it’s also when it’s most likely to happen. 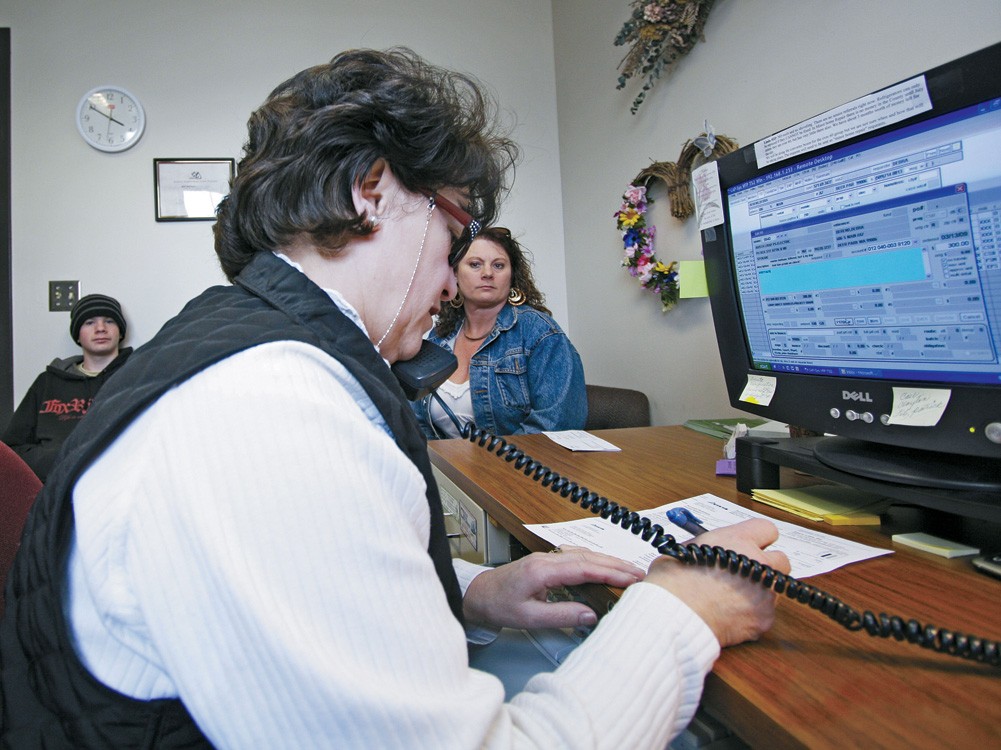 And for Spokane resident Michael Gray, it was about to get that cold inside as well. Gray couldn’t pay his power bill, and Avista Utilities threatened to shut off his power.

He called The Inlander, angry and frustrated.

“I’m really worried about this year,” says Ron Hardin, spokesman for Spokane Neighborhood Action Partners. “When you have this scenario of police officers, firefighters and hospital employees being laid off, the trickle-down effect is catastrophic on the lower-income community.”

Winter is a triple-threat for low-income households, as it’s the season when households need light and heat the most. Winter utility bills can be more than four times higher than in the summer. And for many occupations, winter is when there are the fewest jobs are available.

To compound matters, regulators just approved an Avista utility rate hike, adding about $5.62 to the bill of a typical residential customer.

Overall, 7 percent of Avista’s Idaho, Washington and Oregon customers have seen an interruption in their service due to nonpayment.

Most of the process toward disconnection is automated. Avista’s system automatically detects the past-due account, sends out a letter and, if you don’t respond, sends out a final notice letter. A recorded message calls your phone. If you don’t answer, it calls you again.

Finally, three weeks after the past-due date, if all of those are ignored, a disconnect is scheduled.

“Once we get to that point, the service is disconnected unless they make a pretty substantial payment,” Avista spokesman Debbie Simock says.

Call us, Simock recommends repeatedly, if you’re running behind on utility payments. The worst thing you can do, she says, is to let your bills pile up.

DJ Kinservik is a customer service manager at Avista Utilities. She says full-time call service employees often receive around 60 calls a day — half of which are pleas from residents who’ve been threatened with their power being shut off.

Customer services representatives can offer interest-free payment plans. They can delay your power from being shut off. They can suggest agencies like the Salvation Army or St. Vincent’s that may be able to help you. They can give you crucial energy saving tips (move your furniture away from your heaters, say). They may offer “comfort level billing,” which averages your typical winter and summer rates, keeping your payments consistent.

“We really try to help customers individually,” Kinservik says. For good or bad, they’re not working off of a black-and-white algorithm. Though representatives follow state guidelines, the help offered could depend on which customer service representative answers.

Gray says he did call, but the result was unsatisfactory.

The customer service representative offered him a deal: He could pay $70 this month. Then, he’d have to pay the rest of what he owed, on top of next month’s bill, for a total of $218. He wouldn’t owe any interest.

“Well, how am I going to do that?” Gray says. Without a job, he’d hardly be able to gather enough for the $218 payment next month.

Instead, he was hoping for the deal he received for the past three years, where Avista delayed his payments two weeks after he scheduled an appointment for assistance from SNAP.

Last year, with a deluge of money from the federal government’s Low-Income Home Energy Assistance Program, SNAP gave 14,061 households heating assistance funds. Each low-income household received an average of a $536 lump-sum credit paid directly to the energy company in their name.

But thanks to a change in SNAP policy, Avista has changed its policies. In previous years, SNAP would allow appointment scheduling every Monday and Tuesday, but too many tried to call each week.

“Each week we got complaints from people that couldn’t get through,” Hardin says.

This year, SNAP decided to pre-schedule 6,500 appointments ahead of time. On Sept. 10, it opened its website and phones to schedule heating assistance appointments. Within 10 days, all 6,500 had been scheduled.

Gray tried to contact SNAP too late, and SNAP won’t start a new round of energy assistance appointments until Jan. 7, Hardin says. The number of households SNAP can help will depend on the size of the federal donations.

“I’ve got work coming up right after Christmas,” Gray says “But [the Avista representative] said they wouldn’t push it out to Christmas.”

In desperation and frustration, Gray found a way to make the money to pay his utility bills. He doesn’t want the details made public.

“You don’t want to know. I didn’t steal it and I didn’t rob anybody,” he says. Gray has a felony record, including several assaults and a “manufacturing controlled substances” charge. “[But] I’ve been trying not to [break the law] for the last six years. I don’t want to live a criminal lifestyle. But I have to survive…”