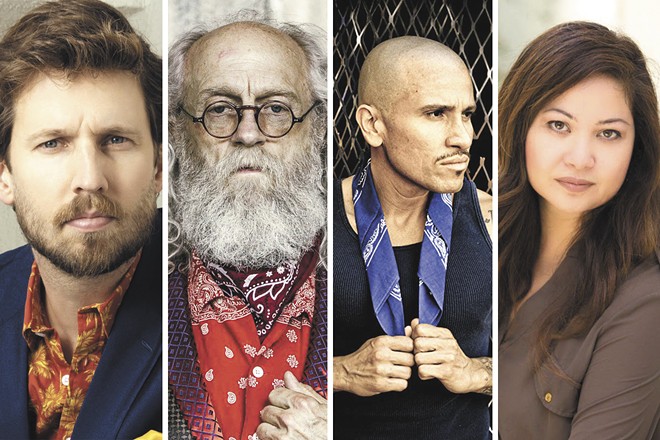 Every superhero faces challenges. Doomsday killed Superman. Superman once beat Batman to the brink of death. Buffy the Vampire Slayer died twice. The COVID-19 pandemic killed plans for the 2020 Lilac City Comicon, but like a hero rising above the ashes from the ashes of defeat, the two-day celebration of comics writers, artists and fans is back.

"It's just kind of how things are right now," organizer Nathan O'Brien says. "Local artists and businesses need this. Everyone's lost so much that we're just trying to be a beacon of hope in this circle."

The beacon will shine Saturday and Sunday, Oct. 2-3, at the Spokane Convention Center, and masks — not just the cosplay kind — are required.

While O'Brien is confident the event will go on as planned with safety measures in place, he noted that the situation has been constantly evolving since they had to postpone the summer 2020 convention.

"Where we stand is that we are in the backup plan," O'Brien says.

The pandemic brought its own complications, but the nature of fan conventions is always a bit dicey. Celebrity guests are signed as far in advance as possible, but they often face unforeseen scheduling conflicts.

"The more in-demand guests have a higher risk," O'Brien says. "For artists, deadlines can change. For an actor, if that phone rings with a job, they're going to say yes."

For example, Sean Gunn had been signed to appear at this year's event. Once Hollywood productions ramped back up, he was called into action much like the characters he plays in The Suicide Squad for his brother, director James Gunn. When a guest cancels, O'Brien feels it.

"They always hurt. No matter who it is, that was the one guest someone was excited for," O'Brien says.

Sometimes, though, those unforeseen circumstances can build a strong bond between guests and organizers, according to O'Brien. Actor Jon Heder is on his third attempt at participating in the Lilac City Comicon.

"Because he's a Northwest guy, he has a lot of history here. He wants to make it up to you," O'Brien says. "Sometimes you just get lip service."

One of this year's guests might have seemed like something that wouldn't happen, but a mutual contact bridged the gap. O'Brien says another person in the industry referred him to actor Mark Dodson. While fans might not be familiar with Dodson's face, his voice should spark memories. Dodson has voiced characters in Star Wars, Gremlins and numerous video games.

"I grew up with those movies," O'Brien says. "After the referral, Mark reached out to me."

Like Heder, Dodson has an interesting Northwest connection. "He does the narration for Scarywood, the annual Halloween version of Silverwood [the amusement park in North Idaho]."

In addition to the actor guests, Lilac City Comicon maintains a dedication to comics, the root of the fandom. This year's guests highlight both longstanding comics icons and those just now gaining a foothold.

"You might recognize the work, if not the name," O'Brien says of the mix in experience levels among guests.

Coming to the Northwest is writer and artist James O'Barr, creator of The Crow.

"He has a great following, and I've been trying to get him here for a while," O'Brien says. Since leaving his native Detroit for the Dallas, Texas, area, O'Barr has been making more convention appearances. "He's a titan and very inspirational."

Giving a platform to creators at all levels is not just for him but for the fans and artists, too.

"Fred Williams II is having a moment right now with his crossovers," O'Brien says of the man behind some of the most popular recent comics crossovers, pairing Batman with the Teenage Mutant Ninja Turtles, He-Man and the crew from Eternia with Lion-O and the Thundercats, and members of the Justice League with those same Masters of the Universe.

Other creator guests this year are artist Brett Weldele, Disney theme parks artist James C. Mulligan, and animator Tom Cook. Cook's work should be familiar to anyone who watched He-Man and the Masters of the Universe, The Smurfs, Scooby-doo, and many other popular cartoons from the 1970s and '80s.

O'Brien has tried to keep the convention focused on the comics but is open to exploring other avenues in both invited guests and locations. He's even had professional wrestlers as guests. In 2018, O'Brien expanded his convention business into Coeur d'Alene and will continue to do so this year. Lake City Comicon will be held Saturday, Oct. 16, at the Kootenai County Fairgrounds.

"It's a back-to-basics show for us," O'Brien says of the Lake City convention. "It's where Lilac City was 10 years ago. It's just one day, short and sweet, but people are having such a blast they ask, 'When are you going to two days? When are you doing a Sunday show?'"

O'Brien has seen the successes of both shows. He says many vendors reported one-day sales in Coeur d'Alene matching the two-day sales in Spokane. Some people don't even know about the original convention.

"Some people need a reason to come to Spokane or to go to Coeur d'Alene. Then I hear some people say, 'Oh, Spokane has a show?'" O'Brien says.

The biggest reason for the success of both shows, according to O'Brien, is his crew of volunteers. O'Brien says he's had the same 12 to 15 volunteers with him for years, and some have been crewing the shows since 2009-10. With their help, O'Brien is looking forward to two successful weekends.

"I feel that comics and pop culture are alive and well," he said. "People are hungry for this opportunity to come back to fantasy instead of reality." ♦

The original print version of this article was headlined "Gremlins, Crows and Thundercats" 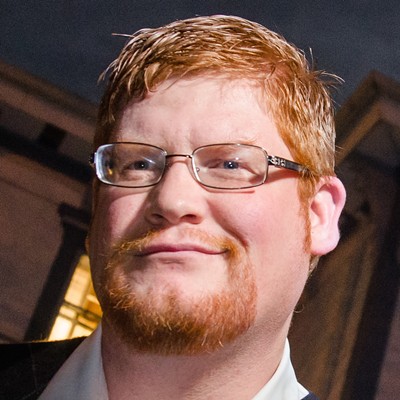 T.J. Tranchell was born on Halloween, grew up in Utah, and now lives, teaches, and writes in the Pacific Northwest. A former resident of Selah, Washington, Walla Walla and Moscow, Idaho, he now lives in Kennewick. He misses going to horror movies alone. His 2016 book Cry Down Dark was recently named the scariest...