Lime scooters don't float in the Spokane River, hypocrisy and mob mentality and other headlines

ART: Do you enjoy photography? An assistant of the famous photographer Ansel Adams will discuss his work with the 1930s Bay Area photography group, Group f/64, tonight at the Northwest Museum of Arts & Culture.

NEWS: Washington scientists penned an open letter urging voters to support Initiative 1631, which would put a fee on carbon in 2020. It will be on the ballot in November.

NEWS: The head of Washington's Department of Natural Resources says her department needs a budget increase of $55 million to help fight wildfires in Washington state over the next two years.


“Our children are growing up in a Washington without summer,” Franz says. “Our businesses are losing as people no longer come to visit some of our most precious and beautiful communities. Our environment is hurting, and it is hurting our economies.”

Michael pushes inward
Hurricane Michael has killed two people as of early Thursday morning. The storm downgraded to a tropical storm as it hit Georgia, the Washington Post reports.

Mob rules
Moments after his supporters chanted "Lock her up!" at a rally, Donald Trump then railed against Democrats for angry mob mentality.  The New York Times has more.

Only a matter of time before someone did it
Two of the  Lime scooters were discovered in the Spokane River, the Spokesman-Review reports. Because there's always someone who has to ruin it for everyone else.

Woodward to be sworn in Monday, Jess Walter gets some love from Obama, and other headlines 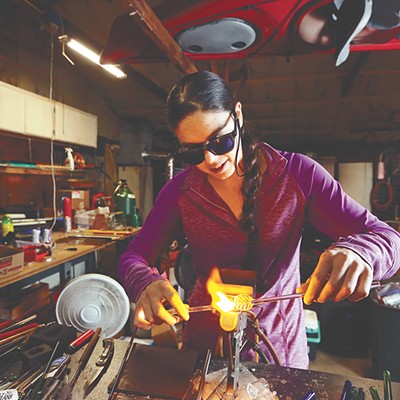