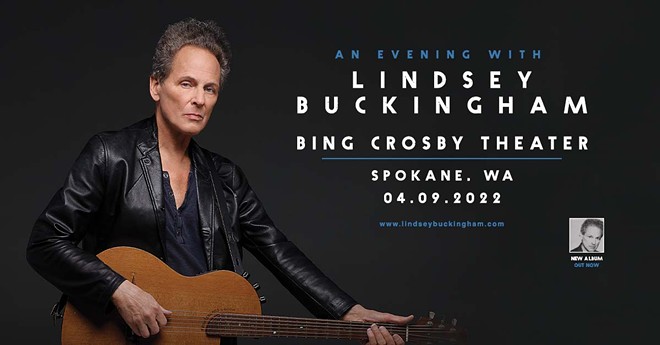 There are not a lot of musicians with a classic rock repertoire that can rival Lindsay Buckingham. As the lead guitarist and main male vocalist for Fleetwood Mac during the band's peak in the '70s and '80s, he crafted some of the most indelible and chemistry-filled songs of the era (fueled by his relationship with Stevie Nicks and also their breakup).

And Buckingham has done plenty besides Fleetwood Mac, putting out seven solo album. The latest installment came in the form of a self-titled LP released in September 2021. Amusingly, he was even mutely portrayed by Bill Hader for years as a reoccurring Saturday Night Live punchline. SNL also was his most recent high-profile appearance, playing alongside Halsey earlier this season.

He's bringing that deep musical catalog to Spokane in just a couple months. Lindsey Buckingham is set to play the Bing Crosby Theater on Saturday, April 9.