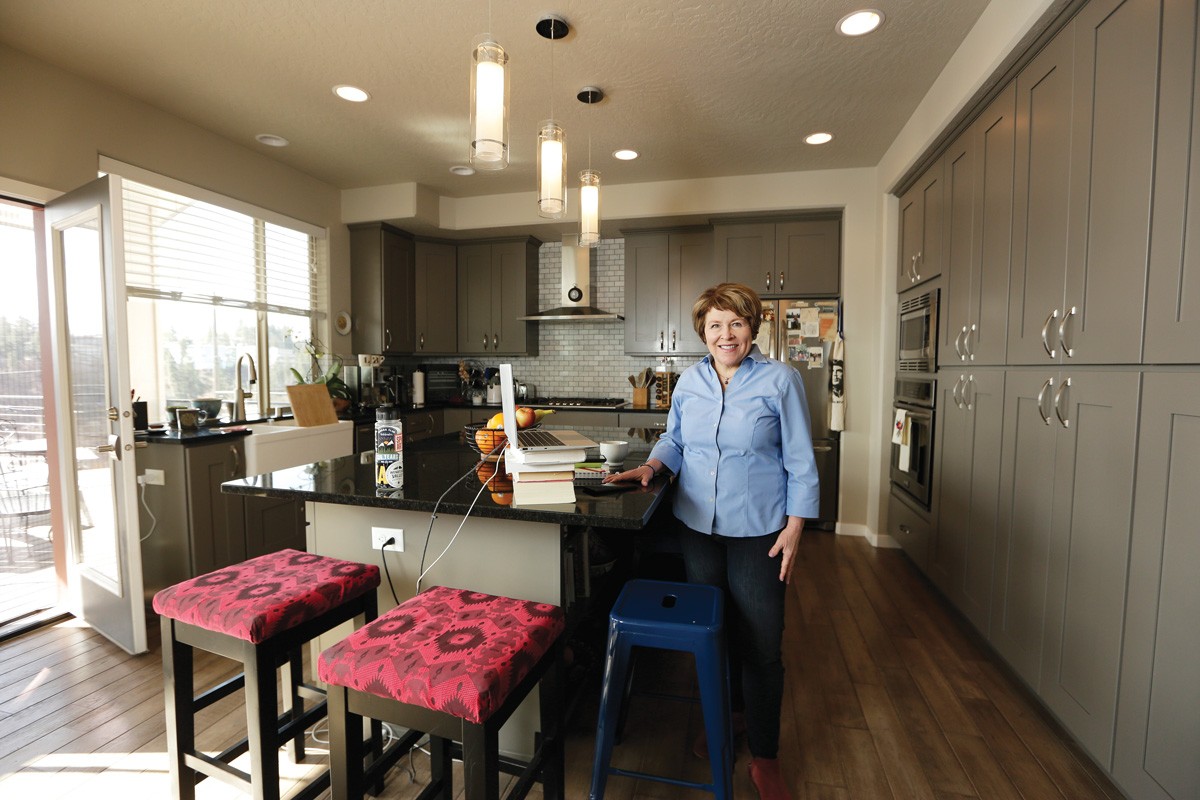 Young Kwak photo
Working from her home in Kendall Yards during the pandemic, Lisa Brown has tackled Washington state's economy, and in her spare time perfected baking sourdough bread.

ew people likely realize just how many different issues the Washington State Department of Commerce deals with, but it's a lot more than just business.

Of course, the agency's duties include work you'd imagine, like promoting state trade internationally and working with businesses small and large. During her first year as the director leading the agency in 2019, former state lawmaker Lisa Brown represented state interests in places like Paris and Japan.

But then a global pandemic hit, pushing those talks into a virtual format and emphasizing much of the agency's other work, like connecting business organizations and community nonprofits, and doling out resources to many in need.

The largest division within the agency actually deals with housing and community services, Brown says, which includes seeverything from the state housing trust fund and the Office of Crime Victims Advocacy to a spectrum of homelessness services. The state energy office is also housed in her roughly 300-person agency. Hundreds of millions of dollars in state grants and financial assistance to people and businesses have flowed through the agency to those in need during the pandemic.

"So there's that whole spectrum of things that are not normally in Commerce in other states," Brown says. "We're really not one of the biggest agencies in state government, but we have like 90-some programs."

While that broad list of duties could sound overwhelming to some people, it's part of what was most enticing to her about the job.

"For me it's fun actually," she says. "Because of my time in the Legislature, I did get that broad exposure to all these parts of state government."

Now she's even helping implement legislation she sponsored. While speaking from her Kendall Yards condo over a Zoom call in late February, Brown mentions that she was talking earlier that day to people about a motion picture incentive.

"The original incentive was a bill I helped sponsor in 2006," Brown says. "Now at Commerce, I get to kind of see the fruits of that in terms of the film and video industry in the state."

Like many people around the world, Brown and many employees within her agency were catapulted into working from home a year ago when Gov. Jay Inslee and health officials made the call to severely restrict in-person gatherings and work environments wherever possible.

That's left two agency buildings in Olympia largely empty. Brown made the small Spokane office her home base, but like her employees, she is largely working from home.

Where she would usually be in Olympia for the legislative session right now, instead she's working from her makeshift office space upstairs at home. She laughs as she says she probably has it a little better than her husband, Brian McClatchey, who's working from his own space downstairs in their townhouse. 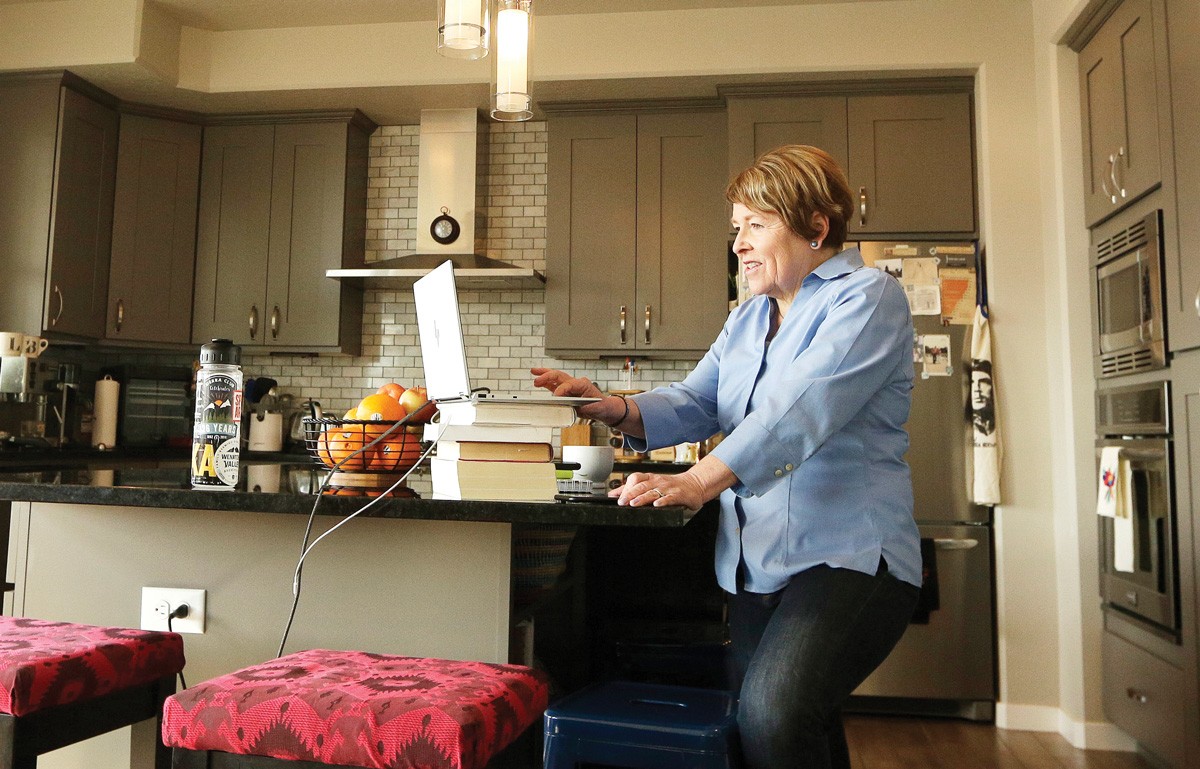 Like many, the two have participated in some pandemic trends: They converted one room into a small home gym, have invested far more time in their indoor plants, including a coffee tree and some bamboo, and Brown says she has done some baking.

"I started baking sourdough bread," Brown says. "I have a friend who's like a master, and he gave me his starter. He's been refining and perfecting and weighing and has it all down."

She also loves variety, so she's tried her hand at bagels and returned to some pies she loves as well.

Still, the challenges of not seeing friends and family often or at all, and missing normal activities are affecting her like everyone else.

"We are really into music and arts activities," Brown says, noting that she and McClatchey were actually in Portland last year watching her son, Lucas Brown, perform live music on his birthday, Feb. 28. "The next morning we got up and drove to Olympia, and that's when they had the first [Washington COVID-19 death] reported."

Missing out on live music for a year has been difficult, she says. There have been some bright spots though, as her son has been in the studio recording, and he and his partner welcomed a new baby into the world.

"Normally, I'd be traveling quite a bit, but I'm not, so I have that opportunity to see the little baby more often than I would've probably," she says.

For now, work continues with a focus on recovering from the pandemic, with the potential to restructure her agency and return to more regional hubs that will hopefully enable even stronger connections with businesses, tribes and local governments throughout the state.

Looking ahead, she's also hopeful for the return of the many events that make this region special.

"The things that happen every year, like Bloomsday or Hoopfest, whether you participate or not, you kind of mark the community through those events," Brown says. "I'm looking forward to us getting to that place with vaccines and getting past the worst part of the virus and its variants."