We still don’t see why they made a sequel to a game that was never supposed to have one. 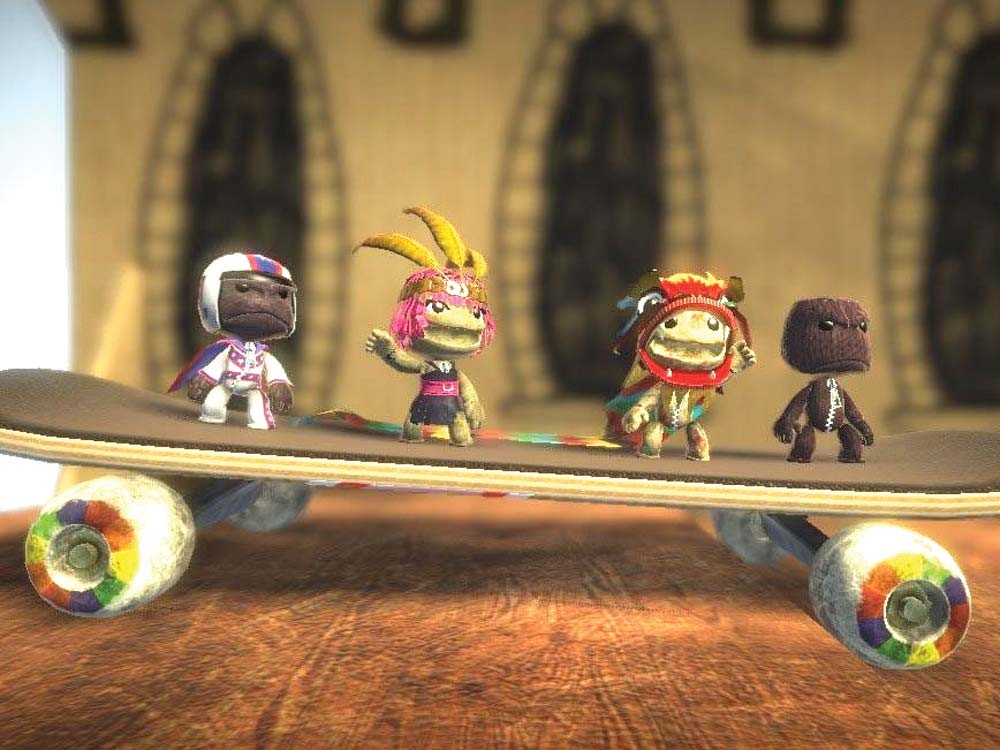 But if the last decade has taught us anything, it’s that human ingenuity doesn’t necessarily make a profit online. Games that sell for $60 in Wal-Mart make a profit. And so LittleBigPlanet became LittleBigPlanet 2 — an upgraded, extended edition of the first game. It is currently available in stores for $60. (I paid $54 at Amazon.)

Much of the design work, the action — even the puzzles — seem to have been imported directly from the first game. There are jumping puzzles. Climbing puzzles. Puzzles in which I must make my little Sackboy cling to swinging beanbags. Puzzles where Sackboy gets flung into the air, and puzzles where he must succumb to LittleBig- Planet 2’s realistic gravity. But now there is a grappling hook. And guns that shoot cupcakes, cows, whatever. And programmable robo Sackpeople.

Like its predecessor, LittleBigPlanet 2 is largely a side-scrolling adventure. But Sackboy has the ability (via a flick of the thumbs) to slip forward and backwards in the game’s environment. This allows him to slide behind the backdrop, or climb out around obstacles. LittleBigPlanet 2 is one of the few side-scrollers that have figured out how to fully exploit three dimensions.

With multiple planes and realistic physics, each of LittleBigPlanet 2’s levels is a contraption designed to send Sackboy to his doom. Occasionally the side-scrolling action reaches Donkey Kong levels of scrambling. But too often the action is repetitive, or just plain frustrating.

Sackboy, like any willful toy, is a bit fussy to control—too floaty and ragdolly. And his interactions with the gameworld have become cluttered with options. His grappling hook never seems to attach to what I want to reach. He’s always getting stuck in the background when I need him front and center.

There is more to do in LittleBigPlanet 2. Sackboy knows more action maneuvers than most 5-year-olds know. More than a million new levels have joined the 3 million already online. And there are more costumes and stickers for Sackboy to collect. LittleBigPlanet 2 has accumulated everything except new ideas, and that has left LittleBigPlanet 2 sagging under its own weight.

THE GOOD: The active online community guarantees LittleBig- Planet 2 a more informed group of amateur game designers than the first game got.