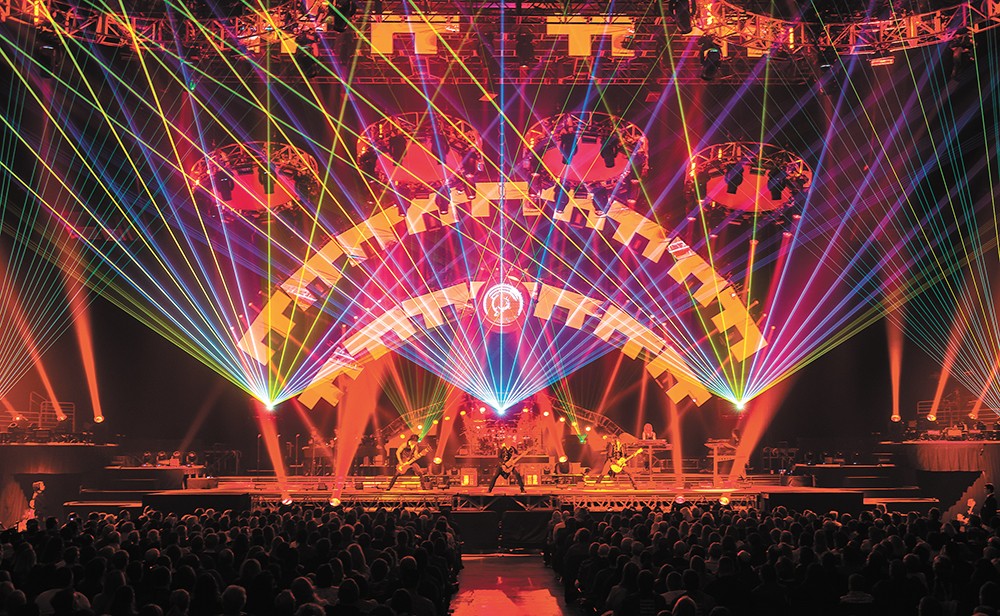 Back in the late '80s, my friends and I would gather and watch Headbangers Ball,

the MTV show dedicated to all things hard rock and heavy metal. Some of the music we genuinely loved, some was laughable, and some of it was utterly confounding.

Into that latter category fell "Hall of the Mountain King" from a band called Savatage. It was over-the-top ridiculous, and the clip tried to be as epic as the sound, including a subterranean setting, scary dwarves and ornate lighting, conveying some story we couldn't quite discern. Savatage's style didn't really fit our tastes, and we quickly dismissed the band except for the occasional joke.

Little did we know that Paul O'Neill, the producer, composer and songwriter who encouraged the Florida-based Savatage to follow his ambitious lead on that song, would shortly go on to form arguably the biggest band in the Christmas business — certainly the most unusual holiday success story since Mannheim Steamroller.

O'Neill's work with Savatage gave him the experience to create Trans-Siberian Orchestra, the arena-filling Christmas machine he launched in 1993. He even cherry-picked some of Savatage's members to join. TSO has put out a series of original albums/rock operas like Christmas Eve and Other Stories and The Lost Christmas Eve that incorporate much of the same sonic tools O'Neill used with Savatage. And their live shows are the furthest thing from a simple Christmas choir or crew of carolers you can imagine; screaming guitar solos and explosions are par for the course.

O'Neill died earlier this year, but the TSO show goes on thanks to guitarist and music director Al Pitrelli, himself a former Savatage guitarist. This year's show features "The Ghosts of Christmas Eve: The Best of TSO and More," and will hit 60 cities for more than 100 shows before the end of the year.

Pitrelli says the inspiration for a TSO show remains the same in O'Neill's absence, to "keep them on the edge of their seats," and he recognizes that hard-core fans go to see TSO every year, with high expectations. This year's production will deliver the entire "Ghosts of Christmas Eve" rock opera, but will have a new look in terms of the stage, lighting and video screens.

"We never really want to repeat ourselves, but we do want to have the familiarity of the rock opera that people have really fallen in love with," Pitrelli says.

Pitrelli knows that O'Neill's absence is a big one. Going into a tour without the TSO ship's captain reminds Pitrelli of the first Thanksgiving after his father died.

"There will be an empty hole in everybody's heart for the rest of our lives, but life will continue to go on," Pitrelli says. "Paul and I and a bunch of other folks, late at night in the studio, he'd say he wants this to live forever. He wants our children and our children's children to be aware of what we did. People used to compare [TSO] to Pink Floyd and things like that, but Paul chose to try and compare it to the works of maybe Mozart and Beethoven. He wants people to remember this 200 and 300 years down the road, not just 30 and 40 years." ♦