A newspaper museum keeps Palouse close to its roots, and serves as a community centerpiece 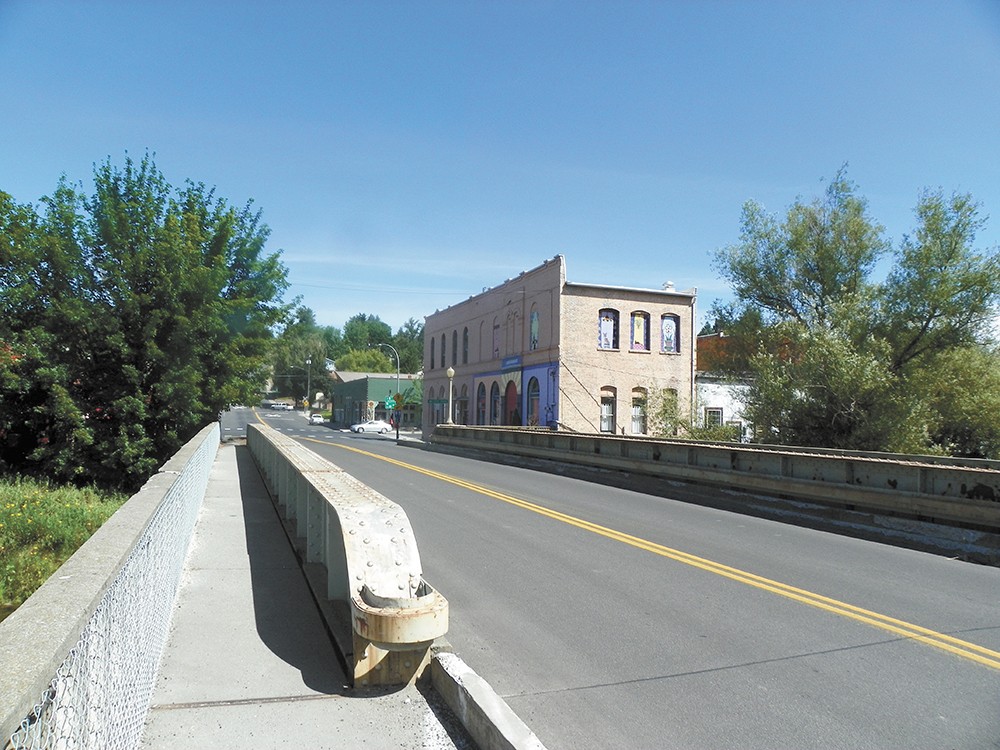 Dan Nailen
A bridge over the Palouse River leads to a lively Main Street.

When a town's population can refer to "The Flood"

and everyone knows the one they mean, you know they've been through something cataclysmic.

So it is with the Palouse Flood of 1996, a freak combination of rain and runoff that buried the now-thriving Main Street under several feet of water — and came 20 years after The Fire that destroyed the town's K-12 schoolhouse.

Inside the Roy M. Chatters Newspaper and Printing Museum, Janet Barstow points at a line on the side of a old wooden case. The line is nearly invisible, and such imperfections are expected with antiques. But for Barstow and the people of Palouse, the line showing how high the water reached represents one of the most challenging periods in the history of the Whitman County community.

The museum is one of the many businesses nearly destroyed by The Flood two decades after it opened thanks to history-loving locals and Chatters, a WSU engineer who collected antique printing equipment. Besides an incredible array of presses, many still in working condition, the museum is home to a near-complete collection of small Whitman County community broadsheets and periodicals stretching back to the 1800s.

The Flood destroyed the wood floors of the old building, and while a nonprofit museum dedicated to print journalism and its tools might not be high on the list of small-town businesses needed to goose economic recovery from disaster, the people of Palouse came together and rebuilt the place from the ground up.

It reopened in 2003, and now serves as much more than a museum. Every morning, a crew of locals gathers for coffee. At night, it's often used for special dinners or community gatherings. At Halloween, it transforms into a haunted house.

And, of course, its original purpose endures for school tours and interested visitors. Barstow leads tours every Saturday. In an age of online archives and digital news delivery, the newspaper museum remains surprisingly popular, and its recovery is a point of pride for the locals.

"I can count on one hand the number of times I haven't had people come in on a Saturday," Barstow says, noting that many visitors are historians and genealogy researchers delving into archived issues of The Palouse Republic, The Palouse City News or The Boomerang — the name of the first paper in town, and a later iteration that Barstow served as editor "and janitor, for that matter!" she adds. It shut down in 2009.

"Palouse is a great volunteer town," Barstow says of the museum's recovery as she turns various printers on, including a Mergenthaler Linotype machine from the late 1800s, mind-boggling in its engineering genius. Likewise, the Platen Press from 1887 — better known by its frightening name "The Fingersnapper" — was so efficient that it remained in use until 2002, Barstow says, feeding it sheets of papers to illustrate how it got its nickname.

Barstow explains the town's rallying around the museum simply and bluntly: "There are several people who are always there to do things." She has been one of those people, at least since 1993 when the Palouse native moved back to town with her husband, Ben, after 15 years away for work.

The Barstows now live in her childhood home on the farm where five generations farmed before her. Ben's nearly native, too; his mother grew up on a farm south of nearby Colfax, and his father went to high school in Lewiston. They grow mostly wheat, barley and peas on their land. While they're thrilled to be able to farm and volunteer for various community causes, their kids won't be following in their footsteps, having moved on to Texas and Oregon. "They're not into farming," Barstow says.

that Barstow has to scurry off after today's tour to get started on a harvest come early.

First, though, lunch at the Green Frog Cafe next door, a place that quickly lets visitors know Palouse is far from a sepia-toned small town stuck in the past. The Elvis Costello poster on one wall marks the joint as hipper than your average old-timey diner.

Barstow knows almost everyone here, save for a visiting photography class whose members have been wandering Main Street all morning, taking photos of the golden hills surrounding town, the towering green pines, the Palouse River and a massive sign for tobacco and one of the old newspapers painted on the side of a two-story brick building, only revealed two years ago when a fire burned down the neighboring tavern.

She greets a table of older women lunching together, then spots her husband at the front of the line and sneaks up to add her order to his. Before lunch is over, she'll go to the kitchen and say hello to Paula Echanove, co-owner and wife of Mayor Michael Echanove. On the way out the door, she makes sure to say hello to Aaron Flansburg, a young Palouse farmer in the middle of building a skatepark in town; the early harvest might cramp his construction schedule.

along Main Street. That burned-down tavern has been replaced by a new bar, the Palouse Caboose. The Bank Left, part art gallery, part bistro, sits at the same intersection as the Green Frog. Down the street, Open Eye Consignment Shop owner Heidi Kite chats with young customers passing through town and looking for a deal on antique china while her daughter Dottie runs Dot's Vintage Funk just a few doors down, having a similar negotiation about a Cheers dartboard and an old United Airlines travel bag.

Palouse has a lot of history, but Main Street shows that its people aren't stuck in that past. ♦

Doug Flansburg is in the WSU Football Hall of Fame and was a star receiver on the "Cardiac Kids" team that went 7-3 in 1965. Entrepreneur, engineer and inventor Raymond Alvah Hanson held more than 100 patents, and is perhaps best known for creating a self-leveling hillside combine harvester.