It's more than a good cartoon. It’s the first great film of the year. 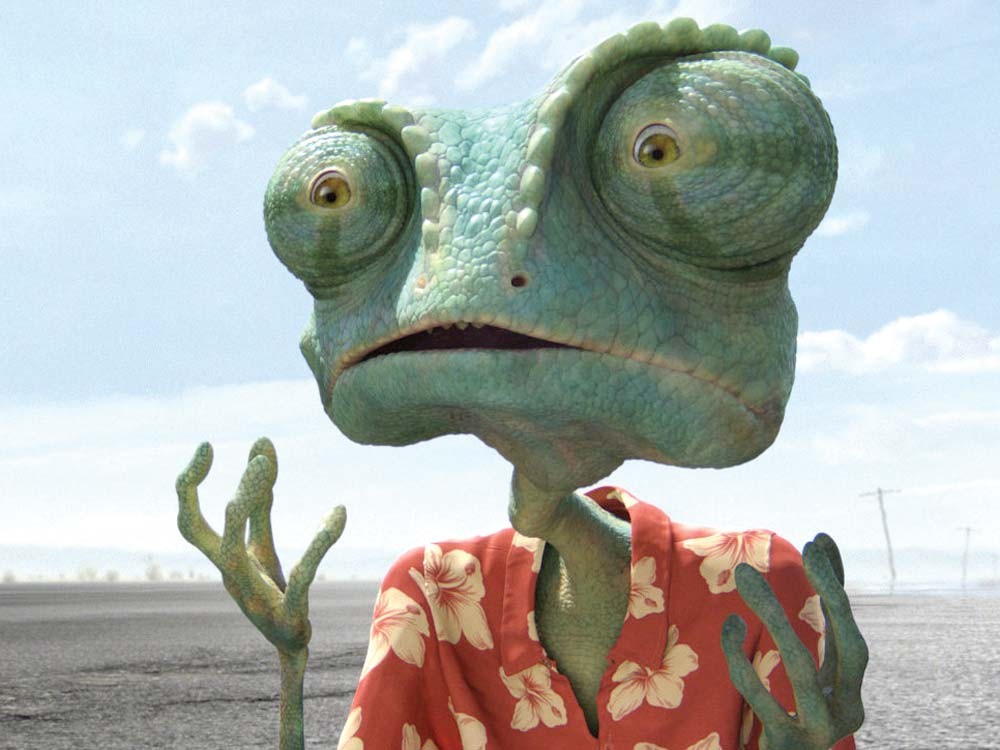 Actors will love this movie without any on-screen actors: It's about acting.

Rango isn’t just a great feature-length cartoon: It’s the best movie of 2011 so far, and it’s the best Western in ages. How can it be that a kiddie movie is wiser and funnier and more relevant than the Coen brothers’ True Grit?

Rango is, in fact, what an animated flick might look like in the hands of the Coens, if they got an assist from Terry Gilliam: This is a deeply weird and demented movie.

Its hero — a chameleon in a Hawaiian shirt (voiced by Johnny Depp, having a ball) — imagines himself as an actor. Or at least he enjoyed the one-man shows he staged in the cozy terrarium back home. But his days as a pampered pet are over, thanks to a nasty automobile accident out on the highway yonder. Now he needs to make his own way in the world ... and that fun bit of improv he performed for the folks of Dirt just might just turn into a fulltime hero job.

The nice people of Dirt may find themselves in need of a white-hat hero, but they’re not your ordinary movie-Western denizens, either. They’re ornery critters in a way that no Western has ever seen before. They’re visually ornery, beautifully ugly CGI creations with a veritable grandeur to their unattractiveness — toads and rats and hares and other scurrying desert animals that have only just barely been anthropomorphized. Every reptilian scale and scabby wart and bristly hair has been lovingly rendered in photo-realistic cartoon glory, and you will look upon them with shivers of hard-bitten delight. Beatrix Potter this ain’t.

Director Gore Verbinski imports some of the creepier visual concepts from his Pirates of the Caribbean trilogy. Screenwriter John Logan (Sweeney Todd, The Aviator) is not afraid to touch on the tricky matters of death wishes. (In one powerfully disturbing scene, a despondent Rango attempts suicide by road kill.)

The film is full of animals drinking alcohol and smoking tobacco, full of innuendo that is actually clever and sly and will go so far over the kiddies’ heads that they won’t even think to ask what the nice chameleon meant when he said that. It even features an honest-to-god cameo by an animated Hunter S. Thompson.

In conclusion: What is Hollywood coming to with Rango? And how can we ensure that it stays there?