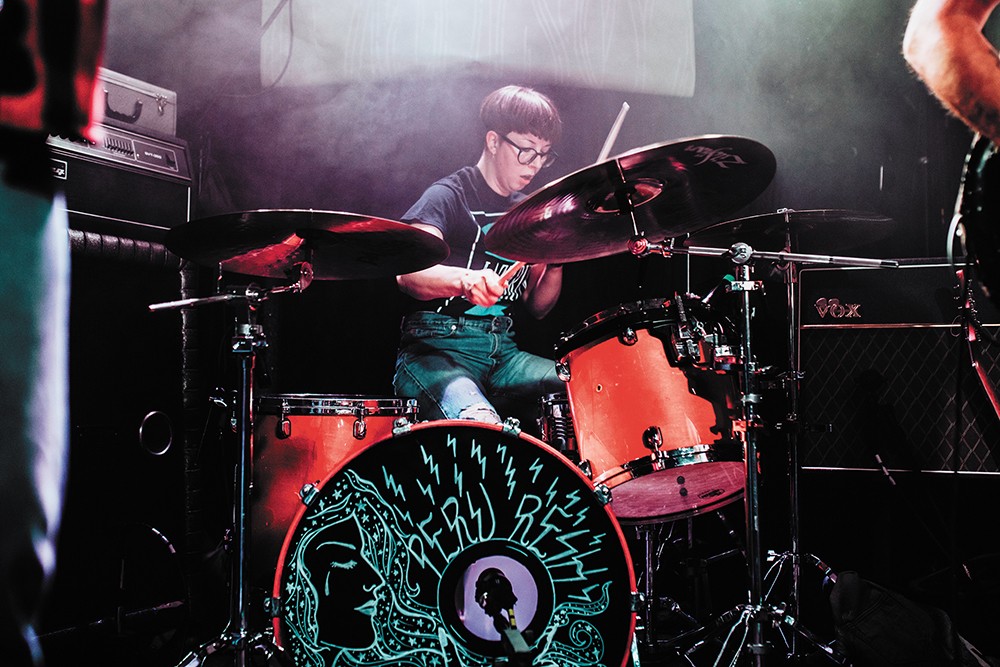 Being a prominent fixture of any local music scene for a decade is a feat unto itself, but doing it while also being mostly behind the scenes is another. This weekend, the local hard-rock booking company Monumental Shows is celebrating its 10th anniversary by doing what it does best — putting on a show.

Ryan Levey was 21 when he started booking concerts under the Monumental moniker, with what he says was a primary focus on punk and metal acts.

"My goal was to bring heavier touring bands through Spokane that normally kept skipping by, especially after the closing of Fat Tuesday's," Levey tells the Inlander via email, referring to the scrappy downtown all-ages venue that shuttered in 2006. "Now it's about a monthly occurrence when there's a good quality metal [or] hardcore show, when years ago it felt like it'd take forever before you'd get to see someone you really like come through."

The scene has changed in other ways during the last decade, Levey says: More bands are coming through town, which has necessitated more venues, and each one has basically filled its own stylistic niche.

"With a huge exception [being] the return of the Big Dipper, none of these other venues we go to today were around [10 years ago] to help keep the scene beating," Levey says. "That's always been a tough thing for Spokane — to keep a venue open longer than four years instead of changing the roofs over our heads so often."

Two of those all-ages spaces — the Pin and the Big Dipper — will host the two-night celebration, and Levey says both have often lent their stages to the kinds of bands he's booked over the years. Friday and Saturday nights will each feature stacked lineups of acts that have appeared on many a Monumental lineup, like local favorites Extortionist, the Ongoing Concept, Straight to Our Enemies and more. A few, including Ashylus and A Pyrrhic Victory, are actually reuniting for the occasion.

"All of these bands helped cultivate what we see in the scene today, even if they are no longer active," Levey says. "I'm grateful that everyone is taking the time to share the stage (or return) this weekend in celebration of how we all helped build the scene into a lasting culture in the Inland Northwest."

ROCKING FOR A GOOD CAUSE

Two of the city's most consistently entertaining live bands are teaming up for a benefit show this weekend, as punk trio Peru Resh and garage rockers Fun Ladies will crank their amps up to 11 and collect donations for Spokane's Hope House.

Head over to Berserk on Friday night where you can hear their sets; if you still have gas in the tank, Saturday night sees DJ Ca$e spinning the danciest of beats at Baby Bar. Both venues are suggesting a donation of $5, or of toiletries and gently used clothes.

Hope House was founded in 1997, and the Volunteers of America charity provides a downtown emergency center for thousands of women, as well as low-income transitional housing. Patty Tully, vocalist for Fun Ladies and owner of Baby Bar, says she and the owners of Berserk often interact directly with the women who have benefitted from Hope House, and they wanted to get involved.

"We walk to work and see these people every day," Tully says. "They're part of our community, and we wanted to be sure we were doing our part." ♦