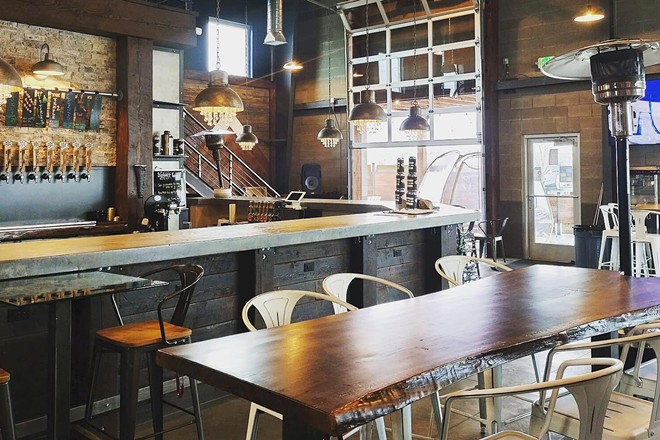 he past year has been rough for everyone, especially those in the hospitality industry. The challenges presented from the COVID-19 shutdown slowed down beer sales for many of the region's craft breweries, but it still didn't halt the growing number of micro and nano breweries opening around the Inland Northwest.

SNOW EATER BREWING COMPANY
A month into the pandemic, Liberty Lake finally saw the opening of its first brewery. Erin and Richard Whitney have been building the brewery in a business park located at 2325 N. McKenzie for four years. The space was built from the ground up and is home now to a 10-barrel brewing system. It's been more than a year since they opened their doors, and the brewery taproom serves 21 taps of beer and cider along with a selection of local wine.

PARAMOUR BREWING CO.
Late last year, head brewer and owner Anthony Patterson launched Paramour Brewing Co. Patterson's new venture comes after more than a decade of homebrewing. He started hosting "meet the brewer" events at bars and bottle shops last October, and since then his self-distrubuted beer has popped up from Cheney to Sandpoint. Paramour is also the latest of several local breweries to set up its homebase out of Bellwether Brewing.

HOP CHAOS BREWING COMPANY
At the start of the year, Pints Alehouse owner Derek Quist started to rebrand his business after nine years of operation. The North Spokane business has transformed into Hop Chaos Brewing Company. Originally a bar serving craft beer and wine, it's now the taproom for Quist's nanobrewery three miles away. With three Hop Chaos beers currently on tap, the space at 10115 N. Newport Highway still relies for now on guest beers and wine.