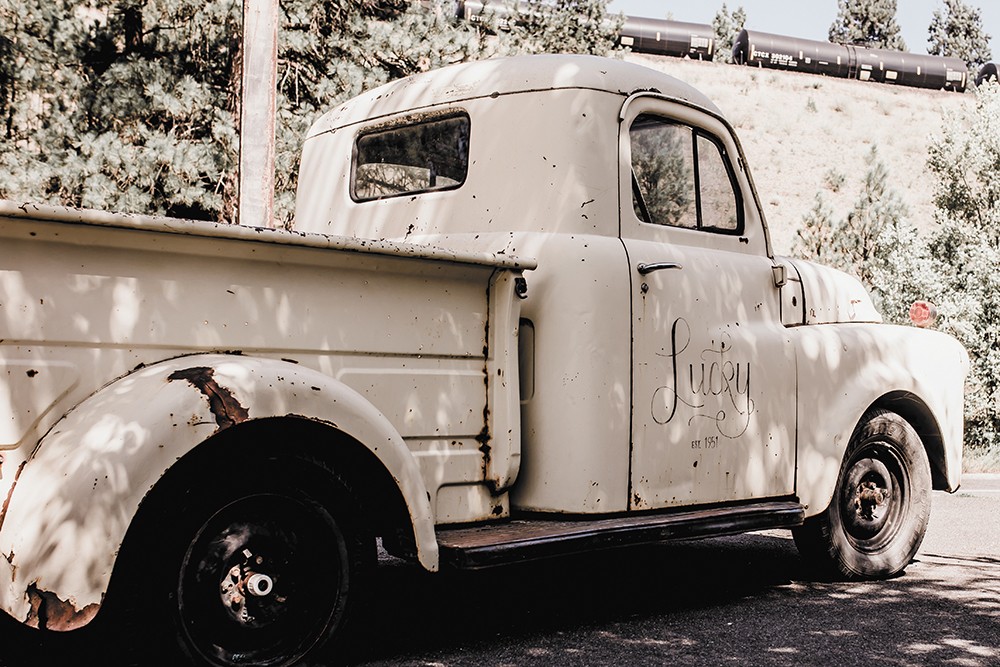 Spokane loves Spokane. It's true. The people in this city love to mock it, defend it and ultimately, support it in their own waysw.

Some small businesses are choosing to show their love for this city through their storefronts. When shopping for a gift for a friend, or a treat for your own home, in these stores, you can surely find something local and something you love.

Stocked on the shelves of these picturesque neighborhood joints are goods made from around the corner. Candles, jewelry, prints, ceramics, macrame wall hangings — all locally crafted. 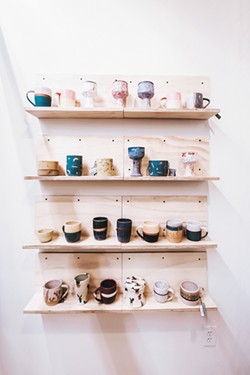 Alicia Hauff photo
Many mugs at From Here inside River Park Square.

The work that these stores are doing isn't just business. It's a testament to supporting one another, as creators, entrepreneurs and contributors to the city they love.

For Ginger Ewing, co-founder and executive director of Terrain, a nonprofit committed to fostering community and economic opportunities for local artists and makers, carrying local goods in their new store, FROM HERE (808 W. Main Ave.), is vital.

"Our artists and makers here in Spokane help to form our identity as a community," Ewing says. "They're a part of what makes us unique in Spokane. They're a big part of our economic makeup and having a platform to let people know they exist, to give people the opportunity to buy locally made goods, and help support the local artistry scene — in Terrain's opinion, is vitally important." 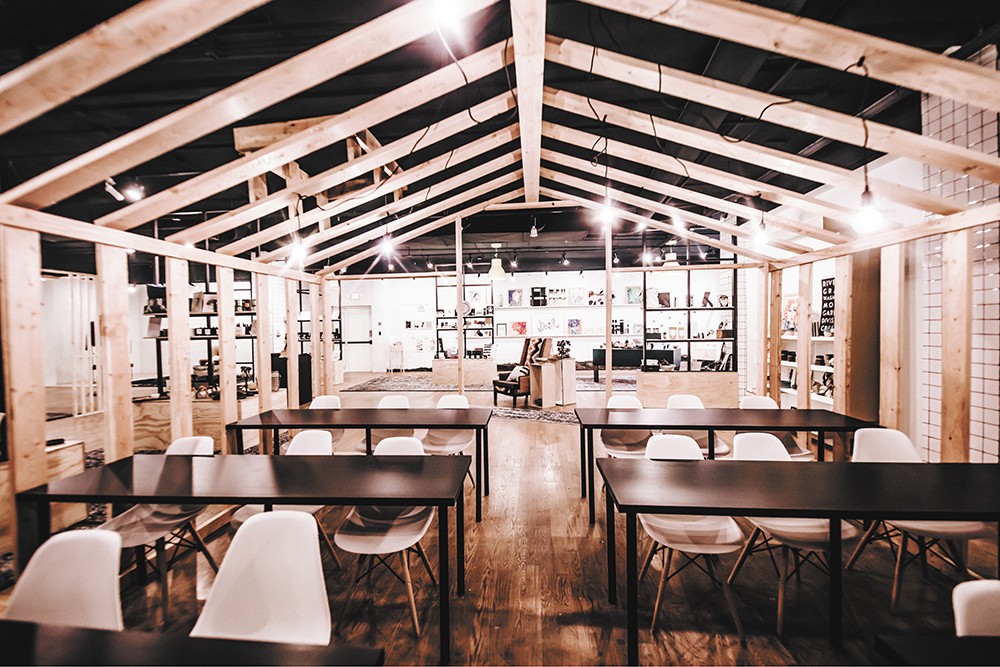 From Here celebrated its grand opening in the middle of June 2019 and is nestled next to Urban Outfitters on the second floor of River Park Square. 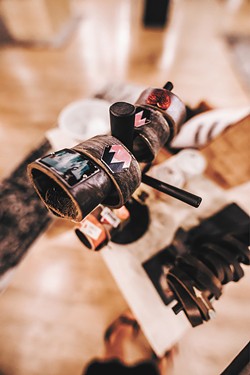 Sixty percent of people who walk through River Park Square are visitors, Ewing says, which she is excited about.

"What a great way to introduce people to the creativity happening here and all the art being made here," Ewing says.

And for local Renaissance woman Celeste Shaw, owner of Chaps, Paper and Cup, Lucky Vintage and Pretty Things, editor and a part-time emergency room nurse, if she couldn't stock local goods in her store, she's not sure she would want to do LUCKY VINTAGE AND PRETTY THINGS (1406 S. Inland Empire Way) at all.

"It's what we represent," Shaw says. "Art and craft and culture I think it just exemplifies Spokane, and what Spokane has to offer. I mean, I'm a local business, I want to support other local businesses."

Opened in 2014 in Vinegar Flats, the store features both her antique finds as well as local vendors.

When first buying the store, she wasn't sure exactly what she would do with it. But then it became clear. It could serve as a place for other people in Spokane to create and house other artists.

Dandles, for example, is a Spokane-started, hand-poured artisan soy candle company that was one of the first vendors Lucky Vintage had.

Vendors apply to sell their good in Shaw's store to curate the amount of crafts sold.

"We only have so much space, so we want the store to have a feel that it has a lot to offer, but we always go with local first before we buy something say from market," Shaw says. "And if there's something we were looking for from market, if there's somebody local, we would maybe even approach them."

Chock full of locally crafted goods like home decor from Southfield Table and Home and vintage finds that she stores in her barn until they're ready to hit the floor, Lucky Vintage has also taken over the Lucky Fall Festival she used to host in the parking lot of Chaps.

Last year, the vintage fair had 4,000 visitors, says Shaw, and almost all the vendors were local artists, crafters or processed a local good.

Shaw cherishes the community of other small businesses working to support one another.

"You recognize that kind of camaraderie, you aspire to be part of it. And I think people then try to find a way to engage it by offering what they create or supporting a creator," Shaw says. "And everybody kind of has a role that makes it a round table. No one could do it without somebody else and everyone becomes equal and it's a pretty remarkable. Something that you witness in a community, there's a true commitment and conviction to it. It's pretty awesome."

Another store carrying hand-crafted and local goods is THE LOOKOUT (1516 W. Riverside Ave.), in the Dormitory building in Browne's Addition. Opened last March, the small store carries co-owner Amy Dolomont's Aquila Jewelry. Her brass and gemstone pieces are made on her farm, Ace of Spades Farm. At the Lookout, you can also find local mugs handmade by 2232 Ceramics and Inland Candle's outdoorsy scents to gift someone a whiff of home. 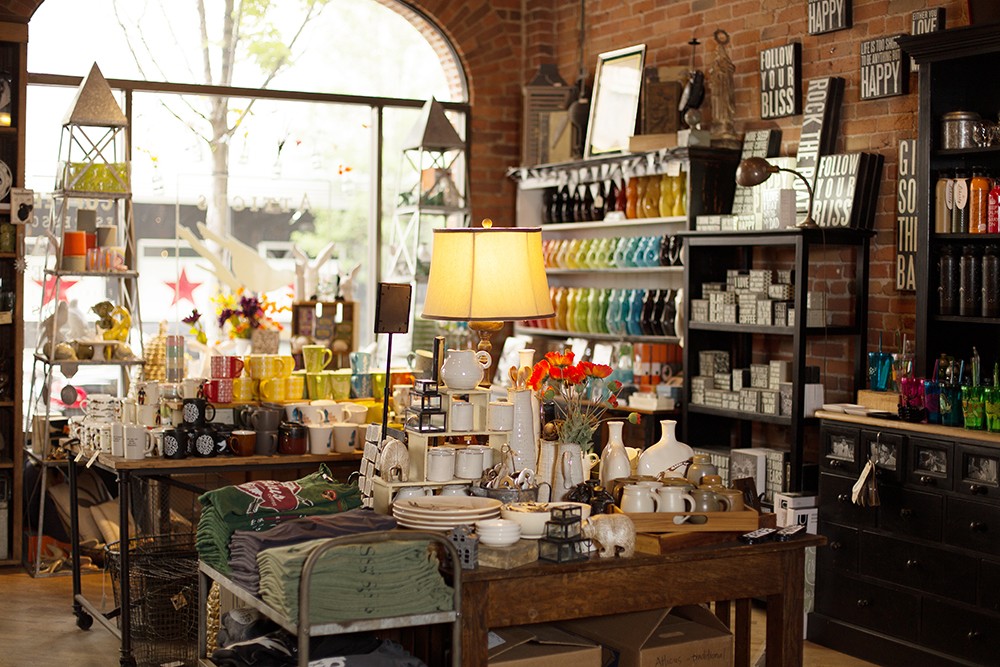 And at ATTICUS COFFEE AND GIFTS (222 N. Howard St.), the store is clad with locally made gifts and home decor. The cozy brick coffee shop inspired by How to Kill a Mockingbird, serves and sells local roasts and teas.

At the ready with local men's clothing and accessories, KINGSLEY AND SCOUT (2810 N. Monroe St.) on North Monroe is a great stop to find a little something for the men in your life. From beanies, to hoodies, to leather wallets, there's sure to be something for every Pacific Northwesterner in your life. Plus, shopping can be tiring and beer makes everything better, so this small storefront gets brownie points for having a bar in the back.

The original print version of this article was headlined "stocking SPOKANE"

Our guide to the shops we turn to for perfect presents

Celebrating your city with what you wear and what you use