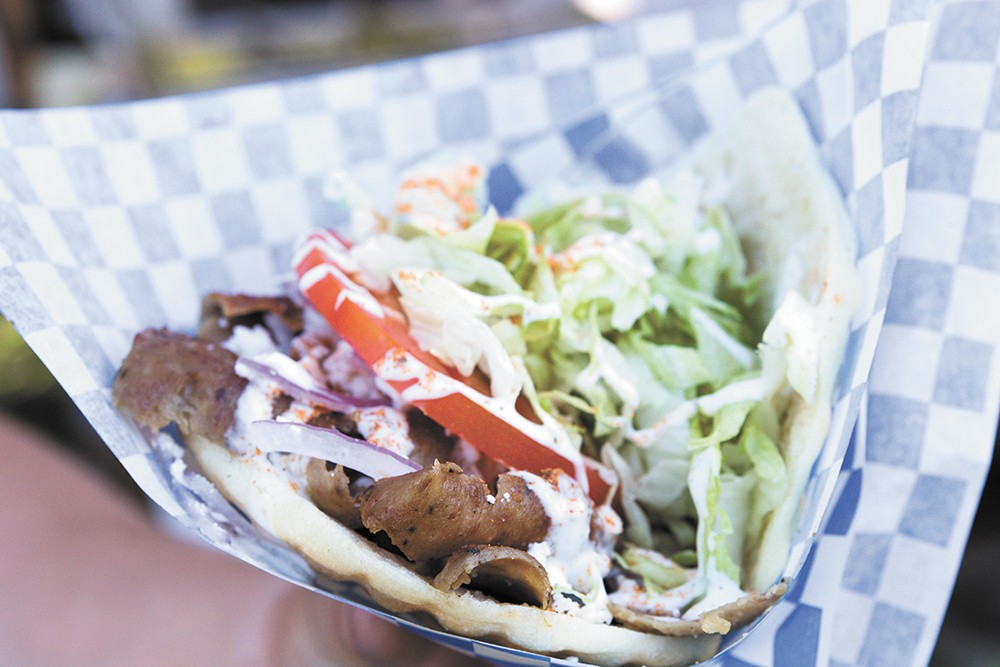 Azar's gyro is one of the local favorites on hand at Pig Out.

There's a lot of food at Pig Out in the Park. That, of course, is a severe understatement, considering the more than 200 items available over the course of the Labor Day weekend event that's become an institution in Spokane's Riverfront Park. If you're the sort of person who likes just about anything deep-fried, this is the place for you.

Indulgent items are easy to find, many from traveling food purveyors who work the fair circuits this time of year. Pig Out can also serve as a chance to try out some beloved Spokane dining institutions that you might not otherwise venture out to on a given night. Here are a few menu items from local establishments that you shouldn't overlook as you're adding a couple of inches to your waistline this weekend. 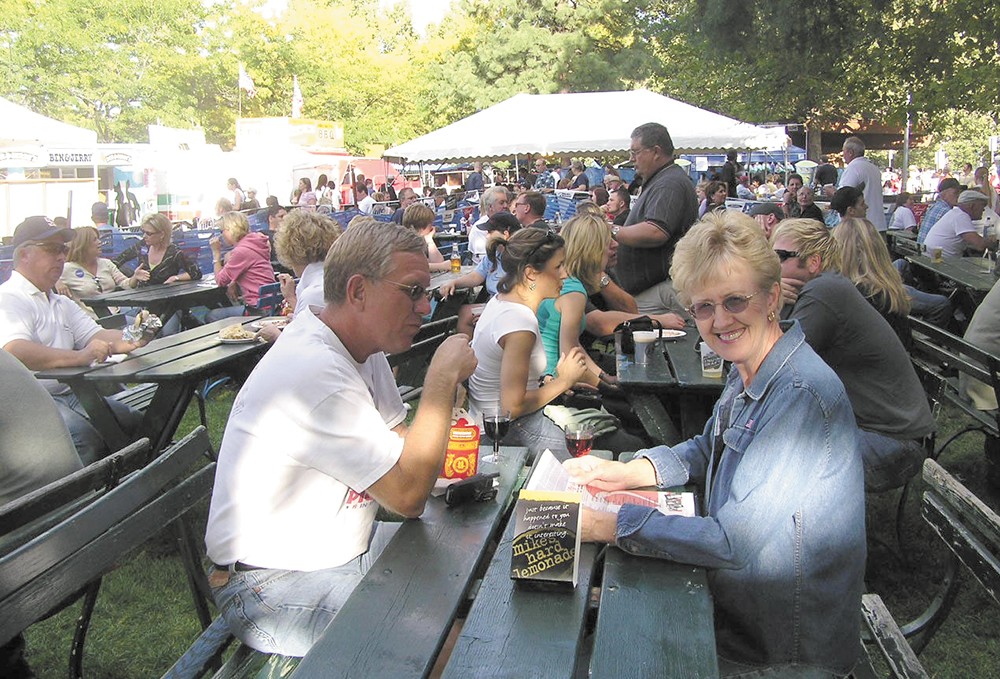 The crowds, and the portions, are big at Pig Out in the Park.

This compact version of Azar's Restaurant is a Pig Out mainstay; you really shouldn't get a gyro from anywhere else. The family-owned Spokane business has been serving up tasty, authentic Greek and Middle Eastern cuisine since 1980, evidence that they're doing it right. With just one location on North Monroe, if you haven't been to Azar's in a while, make sure to swing by their stand at Pig Out. While the menu offerings are more limited than at the restaurant, they're all classics. Aside from gyros, Azar's Pig Out menu includes some of the least-greasy options you'll find at the event: Greek salad, veggie falafel and hummus. For dessert, baklava is going to be one of the lighter options as well. Truly, where it's all at is Azar's classic chicken and lamb gyros. Packed full of juicy meat and your choice of tahini or tsatziki sauce, you might get too full for dessert, but that's OK. (CHEY SCOTT)

It's one of the few things on the White House Grill menu not flavored with a heaping pile of delicious, yet — let's be honest — smelly garlic. Baklava is a flaky Greek treat with sticky-sweet honey, nuts and spices oozing between dozens of layers of delicate phyllo dough, and the White House Grill's version is just the right amount of sweet — a feat considering the dessert can easily taste overly sugary. When you dine out at the Post Falls-based restaurant, there may not be much room for dessert. At Pig Out in the Park, there are smaller bites from a variety of food stands to consider. White House Grill's food truck will also offer selections of French fries, gyros and a spring bowl. But the freshly made baklava is the must-try. (LAURA JOHNSON)

Pizza by the slice

There are only so many exotic new flavors and deep-fried treats a person can stomach in one weekend. And if you have kids, you know how hard it can be to get them to dig into something they've never seen before. After you've sampled some unholy combo of Cajun, Thai and Mexican cuisine, you might find yourself looking for a quality, simple staple to keep you going during the long weekend of tunes. Something like Pizza Rita's pizza by the slice is just what you're looking for — a handy blast of fresh tomato sauce, mozzarella, veggies and meat. Pizza Rita is a local favorite, serving up piping-hot pies from its four locations and working with a variety of Spokane-area charities and organizations on fundraisers. At Pig Out at the Park, they're a must-stop when you want to keep it easy and tasty. (DAN NAILEN)

There will be several barbecue joints at Pig Out in the Park, and you're welcome to sample all of them during the six-day event. Who knows? You might find a choice brisket or ribs to die for. But Longhorn Barbecue will be on hand, and you can take the time to stop and think, "Hey, I haven't had Longhorn in a long time," and take advantage of the fact that the beloved purveyor of smoked meats is right smack downtown. This Spokane favorite has been serving up Texas-style meats in the area since the 1950s and currently has restaurants in Airway Heights and Spokane Valley, as well as a location in western Washington. Longhorn is bringing their rib tips, beef brisket sandwich and German sausage to the festival, but the spotlight is on their juicy pulled pork. As for sides, there are Longhorn's famous potato salad and barbecue beans, in case you somehow have room after that pulled pork. (MIKE BOOKEY)