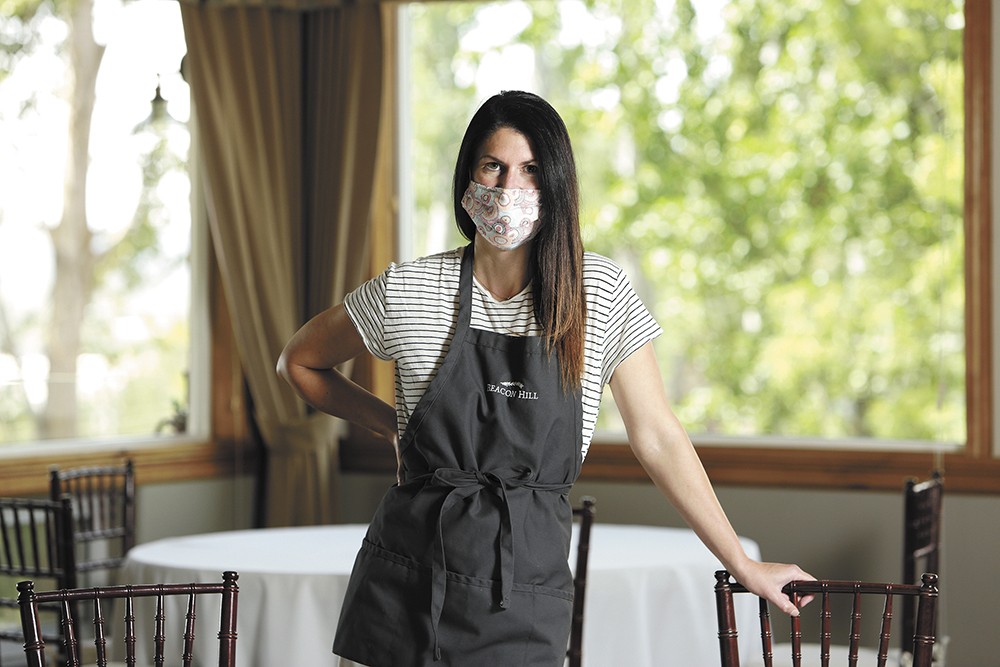 When it became certain that large-scale events wouldn't be happening for several months this year — weddings, graduation parties and other special gatherings — owners of Beacon Hill Catering & Events had to figure out a way to keep staff working.

Each week since, Beacon Hill's culinary team has created premade meals ($45) to feed up to four people, containing a protein-based main course and two sides, usually a salad and a veggie-based dish, and a dessert. Customers can preorder online (beaconhillevents.com) for pickup or delivery (offered free within 10 miles of the venue) on Thursday and Friday afternoons.

"This helps keep our name in the community, and I guess it's also a sense of purpose for all of us," Aaro says. "We're accustomed to feeding and making people happy on a daily basis, and on the event planning side of our company, when you go from having 300 events in front of you when the shutdown occurred to basically just fielding cancellations and postponements all day long, we needed to bring back that sense of purpose."

While restaurants in Washington and Idaho have been open for limited dine-in service since mid-May, takeout orders remain a major source of sales for most food providers, yet even more so for venues like Beacon Hill and others that don't serve food outside of privately hosted events. 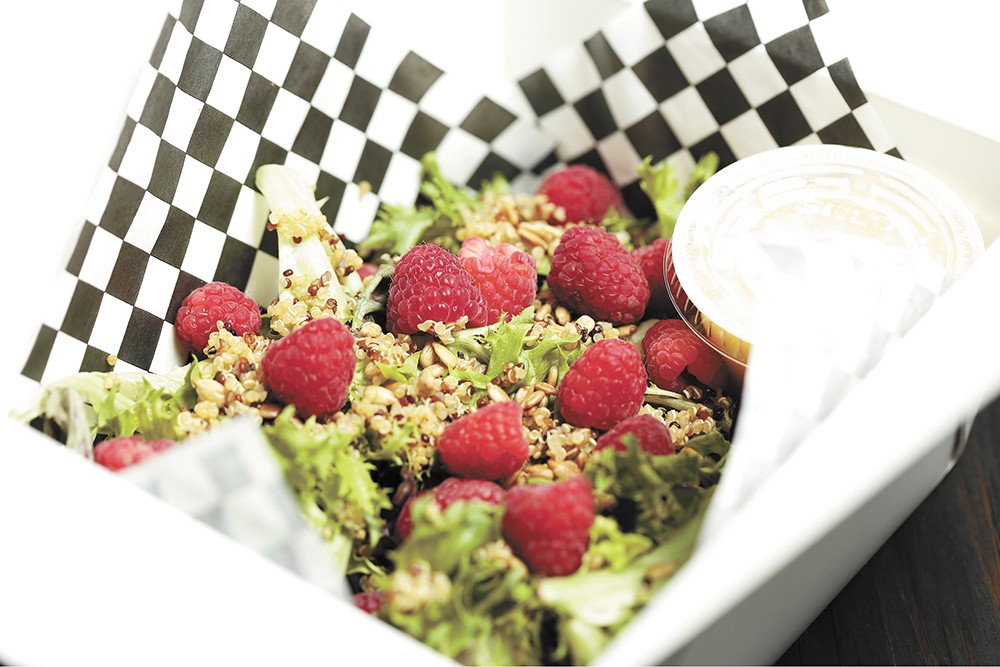 Aaro says the Beacon at Home meals will continue through at least September — even when the venue can again host guests at limited capacity, a change pending Spokane County's move to Phase 3 of Washington's Safe Start reopening plan (gatherings of 50 people or less are allowed in Phase 3).

"Our plan is, because the outlook for events is so greatly reduced really for the next year, to continue doing it indefinitely," Aaro says. "It does provide us with a modest amount of income that helps keep our chefs employed, and that was critically important to us."

The scenario is similar for other local caterers and event venues, like Nectar Catering & Events in downtown Spokane.

For the ready-made meals ($40 each; feeds four) with reheating instructions, some of the choices are tikka masala, lasagna and a fig balsamic roasted pork loin, each with a side salad and veggies. Wine and beer from Nectar's vast collection can also be ordered for takeout. Additionally, Nectar is offering the nectarPARTY service to cater small, in-home wine dinner parties ($40 or $70 per person).

"We had to pivot and try to generate some sort of revenue, and the difficult piece of that is we're known as a catering and events place, not necessarily a restaurant," says Nectar owner Josh Wade. "It's not been an overwhelming success, but it's been something we've become proud of and we can see as an ongoing revenue stream when things get back to a sense of normalcy."

Nectar's at-home meals can all be ordered online at nectarcateringandevents.com.

For one local meal delivery service, the timing of its launch and the arrival of the coronavirus pandemic were coincidental, but the latter brought at least one unforeseen benefit.

The. Supper Club (the period in the business name is intentional) started in a commercial kitchen last December, offering ready-to-eat meals for home delivery on an as-needed or subscription basis.

Because of a boost in business as households have recently found themselves at home more often than usual, owner Martha Domitrovich was able this month to move the business into its own space at 1908 W. Northwest Blvd. on Spokane's north side. Domitrovich estimates that since the pandemic began, she's added about five new customers a week.

That growth "afforded me the opportunity to move into a space, which I didn't think I could do," she says. "It was not only doable, but easy."

Customers can place orders online (letmarthamakeit.com) for home-style meals, all from recipes developed by the self-taught cook, any time before Friday at midnight to be delivered the following Wednesday. Meals arrive frozen with easy reheating instructions, and weekly meal plans range from $50-$120 with options for individuals, couples and families.

"Being able to provide for a few elderly clients I have has been really nice," Domitrovich says. "And my favorite is the moms who are like 'I ordered 40 breakfast sandwiches and thought we'd be good for a month but the kids ate them in a week!'"

The new company has a charitable focus, too, donating a meal to a local nonprofit or family in need for each meal purchased.

"The philanthropic part has been rewarding for me, personally," Domitrovich says. "There have been dozens of people I've just shown up and given dinner to, and several regular customers pay for dinners and then give extra.

"It's been a good way for people to reach out to those they know are affected [by the pandemic] and still allow them to maintain some dignity," she continues. "I think that is one of the more painful parts in some of this, people having to ask for help who aren't used to doing so." ♦