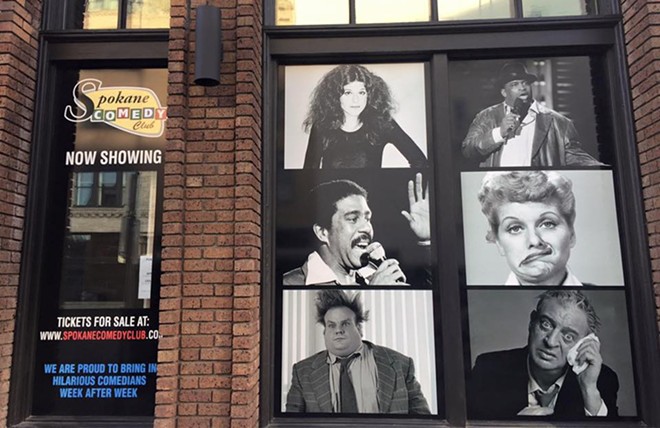 When some counties in Washington moved into stage 2 of pandemic reopening plans, businesses with restaurant licenses were finally allowed to open their doors for dine-in service, as long as they operated at half capacity. For businesses that booked live music for its customers — a solo artist playing an acoustic guitar in the corner of a dining room, say, or a small band performing on the outdoor patio — this represented a chance to pay gigging musicians for the first time since March.


Nightclubs and concert venues won't be allowed to reopen until phase 4, but the state's original reopening orders didn't explicitly deal with live music in spaces with restaurant licenses. But as cases of COVID-19 started spiking again earlier this month, and as many cases were traced back to specific bars and restaurants, the outlines were updated to be clearer: All live music is now prohibited until phase 4.

Certain musical activities, like group singing, can be so-called "super-spreader events," as the act of inhaling and exhaling deeply promotes the spread of respiratory aerosols. In Mount Vernon, Wash., earlier this year, a socially distanced indoor choir practice resulted in 53 positive cases and two deaths.

But what are the dangers of a single musician performing to a limited audience in an outdoor setting, where transmission of the virus is considerably lower?

Daniel Mills, a local musician who performs as Son of Brad, was booking several shows a week on the patio of the Osprey restaurant, and he spoke to the Inlander just a couple weeks back about the thrill of putting on shows after a long live music drought. But those outdoor performances have since been shut down following Gov. Jay Inslee's ordinance. Mills says he has contacted Spokane Mayor Nadine Woodward about the financial fallout of cancelling such gigs and has penned an open letter to both her and the governor.

"My concern with this rule is that it unnecessarily ends paid work for dozens of musicians," he writes in a copy of the letter obtained by the Inlander. "If the governor deems a restaurant safe enough to operate because it complies with all regulations, then why doesn't he deem it safe to host live music at these locations, as long as these restaurants can continue to comply with all of the same regulations to the same effect?"

The owners of the Spokane Comedy Club are taking a similar stance against the orders, putting up an online petition earlier this week pleading with the governor to allow them to open again (their Tacoma location is also affected by the state-wide order). As of this writing, nearly 2,500 people have signed it.

"When we have a restaurant license and fall into every other restaurant category, we should be allowed to simply have a performer as long as we are following all of the other guidelines," the petition says.

Despite that restaurant license, the comedy club also operates under a nightclub license, which means they're not set to reopen until phase 4. In New York City, which is still in phase 1 of its reopening, one comedy club has resorted to hosting "illicit" stand-up nights with small audiences and advanced sanitation procedures. Adam Norwood, co-owner of the Tacoma and Spokane Comedy Clubs, even likened Inslee to Footloose's dance-banning small-town mayor in a recent interview with the Spokesman-Review.


In its petition, the Spokane Comedy Club says that, were it to reopen, it would restrict capacities and keep tables six feet apart. All customers would be subject to mandatory temperature checks before entering the venue, and customers and staff are required to wear masks.

As closures and lockdowns become part of our daily lives again, and with the extra $600 unemployment stipends ending next week, the consequences for live entertainment could be dire.

"We understand COVID-19 is a deadly disease," the comedy club's petition continues. "We want to do our part to help slow the spread. We can do that by following all the guidelines you have put in place for restaurants."