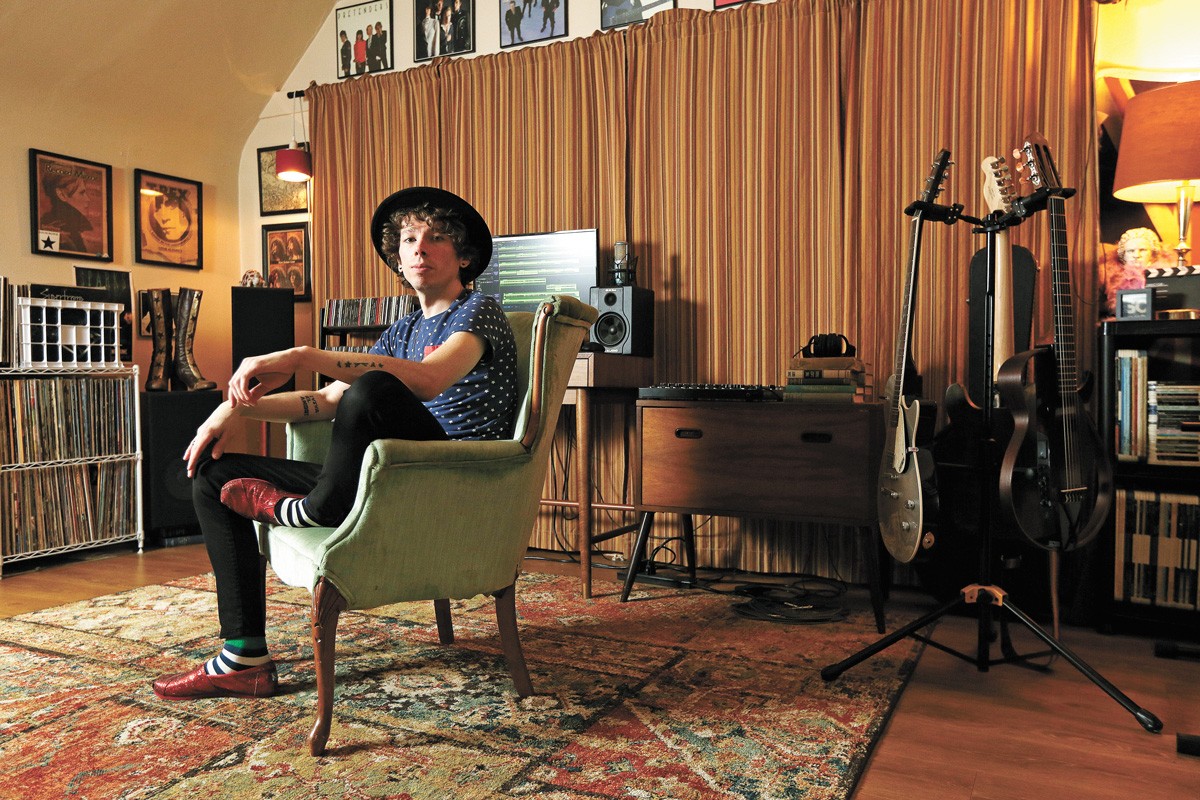 Musicians have always been enterprising types, and as the closure of the state's music venues stretches into its ninth month, they've found alternate routes to make money from making music — live stream concerts, socially distanced outdoor shows and releasing new music onto platforms like Bandcamp and Soundcloud.

The Inlander chatted to a few local artists who have recently dropped new projects, all of which were recorded under our unusual circumstances, and they spoke about the weirdness of putting out new music in a pandemic.

THE DILRODS
Imagine you're starting a new band — practicing every week, assembling a solid setlist of material and really finding your rhythm. And imagine you're finally ready to get in front of a crowd and book some live shows, but then a global pandemic puts a stop to in-person entertainment.

That's exactly what happened with the Dilrods, a brand new Spokane punk band that plays the sort of raucous, tightly controlled thrash-rock that flourished in L.A. in the late '70s and early '80s. The trio — which has given itself the Ramones-esque stage names of Bobby, Dean and Jacob Rod — came together in October when bassist Bobby Rod put out feelers for local musicians via Craigslist. After meeting guitarist Dean Rod and bonding over their love of vintage punk, and after going through a series of drummers, they finally added Jacob Rod to the mix on the skins.

And that's when the COVID-19 lockdowns took hold. The band took a break, picking up weekly practices after isolating themselves.

"I was writing a ton, and Dean had a bunch of material," Bobby Rod says. "We already had a dozen or more songs ready to go. We knew live [shows] weren't going to happen, at least for a while. We shifted gears pretty quickly to, 'Let's record.'"

The trio eventually hit local Rainbow Trout Studios, producing a five-song EP called Spare the Rod in August. They say the record likely wouldn't exist if the pandemic hadn't forced them to find a creative outlet beyond live gigs.

"We did it in reverse," Dean Rod says. "We didn't go play shows and get the material dialed in, and then go record it. ... We've just spent that much more time with the material. Now when we go play, it's gonna be nice because it's not the first time we've ever really laid into it."

The band is preparing to release Spare the Rod on 12-inch vinyl later this year (it's currently streaming on Spotify and Bandcamp) and are already planning to go back into the studio to record a second collection of new material. Since you can't replicate the feeling of an actual rowdy punk rock show via livestream, you might have to wait awhile to see the Dilrods in action.

"It's got to be shoulder to shoulder, spit flying, sweat flying," Bobby Rod says. "That's the kind of show we need to be doing, and I don't think it's going to happen for at least a year. We're pent up and ready to unleash."

ATARI FERRARI
Matthew Hughes seems to be producing new music all the time, writing and recording in his apartment living room, surrounded by vinyl and rock 'n' roll memorabilia. So when COVID-19 put an end to live performances, the singer-songwriter went into his standard mode of churning out songs on his own.

There's one big reason for Hughes' prolific output, beyond the basic need for creativity: Selling albums is his primary source of income right now.

"It's been scary. Since March, I've been living off savings," Hughes says. "I asked for online donations a couple times doing live performances, and that got me a couple hundred dollars."

With his long-running solo project Automatic Shoes, Hughes produced a 15-track LP in April called No More Heroes, which was followed in October by another full-length album, this one a collection of songs by his hero, T. Rex frontman Marc Bolan. In between were a handful of cover songs and new singles from Atari Ferrari, the five-piece rock band that Hughes fronts (they're set to drop their third studio album in early 2021).

Working on music has consumed him since the pandemic arrived, and it's pretty easy when you're surrounded by instruments and equipment and all your sonic influences.

"I don't have anything else to do," Hughes says. "There are guitars everywhere and microphones [set] up, and so basically the instinct is, 'What are you recording today?'"

Hughes says he hasn't played with the full lineup of Atari Ferrari since February, although they have been recording new material in piecemeal fashion, and a smaller configuration of the band performed last weekend as part of a livestream concert.

That hasn't stopped him from producing perfectly polished pop songs and even accompanying music videos, and in a lot of cases, he's doing it as a one-man band. He hopes that go-for-it method inspires other artists who might be in a similarly isolated situation. And if he makes a few bucks along the way, even better.

"I feel like I have the opportunity to present the ability to remain positive, despite certain odds against me," Hughes says. "And if I'm able to put that into music, and present [it] to people, then that might be beneficial in a time like this."

DEATHLINES
It's one of those games that you might bust out at a party when conversation begins to lull, wherein a group of people creates a Frankensteined story one word at a time. A new musical project called Deathlines has applied that same concept to the process of recording, with songs that are pieced together by musicians working in a vacuum.

Norman Robbins, frontman and songwriter of BaLonely, is one of the musicians behind Deathlines, and he says the idea started with his bandmate Adam Smith. They'd tried to get the project off the ground last year, but it wasn't until the pandemic forced everyone into isolation that Deathlines finally took off. A project both collaborative and solitary made a lot more sense during a lockdown.

The lineup is rounded out by Robbins' friend and collaborator Jason Cross, as well as members of the local band Pit — not only Adam and Alex Smith but Ben Jennings, Carter Bastian and Sam Bolt.

The process of putting together a Deathlines song works like this: Each of the seven members starts with a single piece of the puzzle — maybe it'll be a guitar riff or a sung chorus, or a particularly catchy keyboard line — and then it gets sent off to the next person. True to the project's name, there is a deadline of three days wherein you add your part to the song and pass it on again. After seven rotations, the song is finally done.

"You have three days to come up with something and not get in your head too much about it," Robbins says, "just trying not to spend a long time worrying about the creative process."

The Deathlines album, titled Season 1, was uploaded to Bandcamp on Halloween, and features seven tracks (one for each musician in the group) that run the gamut of sounds.

Because of its deliberately piecemeal construction, Season 1 is perhaps not the most cohesive album ever recorded. But that's sort of the point: Listening to it, you can practically hear the songs forming as they unspool.

"It's not complete nonsense, but it definitely goes to some crazy places," Robbins says. "It turned into one of the coolest projects I've ever been a part of. I'm really, really happy with how it sounds." ♦

Speaking of Recording , The Road Back