Four made-in-Spokane albums you should be listening to 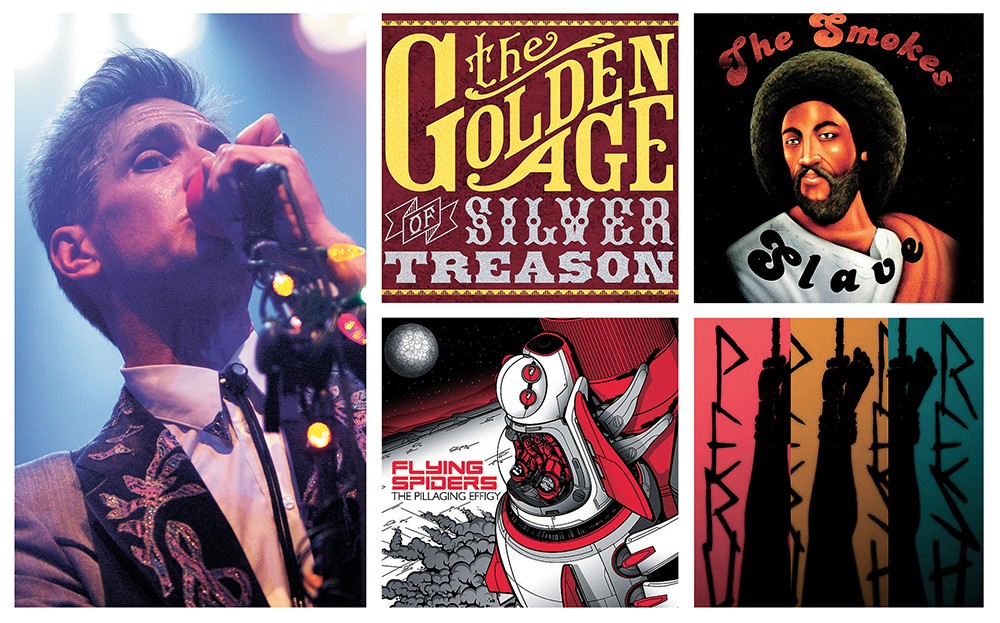 Clockwise, from left: Kevin Cameron of Silver Treason, the band's album; The Smokes; Peru Resh; and The Flying Spiders.

With so many music options coming at you these days, it's tough to be discerning with your listening time. Let us assure you that the new tunes being released in the Inland Northwest are absolutely worth your time. Here's a mixed-genre selection of local CDs which have come out in the past year that you should to pay attention to.

The Golden Age of Silver Treason

It took six years together as a band, but Silver Treason finally released their debut album earlier this year. With The Golden Age of Silver Treason, you get a variety of some of their best twangy tunes. The four-piece effortlessly blends punk, country and bluegrass into a yee-hawin' cohesive experience — one that even people who aren't fans of pop country can enjoy. Lyrics here, written by frontman Kevin Cameron, are whip-smart and fly by at rapid speed. Catch 'em if you can.

Peru Resh is a new Spokane punk supergroup of sorts, featuring members of Phlegm Fatale, 66beat and Ze Krau (among many other bands they've been in), and after releasing a bunch of consecutive singles, the group has released a killer six-song EP. Starting with "Time For Endings" and ending with "Magazine Idea," the three-piece's songs are short little nuggets covering topics like E.T. and telling the truth. The music is straightforward and catchy, and if you have an extremely low attention span, this is the EP for you, clocking in at about 10 minutes total. Then it's all over, and you'll be wishing for more.

You'll notice this cover art. The Smokes' first full-length album features a picture of the velvet black Jesus painting hanging at Neato Burrito, a local joint where the band frequently plays its brand of grungy, hard-hitting punk-rock blues music (yes, they're are all of these things). But everything about the 13-track album is noticeable. Here, guitarist Himes Alexander and drummer Matt Slater, cousins and Spokane natives, sing back and forth or together about things like race relations and women. This is a group, and album, that sticks out in all the right ways.

After losing their fearless leader Isamu "Som" Jordan in 2013, Flying Spiders decided to continue on. Now a glimpse of what Spokane's own hip-hop orchestra has been up to since can be heard on The Pillaging Effigy, which was released at a raucous Bing Crosby Theater show in October 2015. Get ready to celebrate Spokane ("Sun Dwellers," which spells out the city name) and real life ("Introduction (Let's Remember)") while listening to the fun horn section and melodies this album provides. Lyrics are, as per tradition, uplifting and cuss-word-free.