Don't expect to hear much Metallica or see any sweet mullets in Hesher. 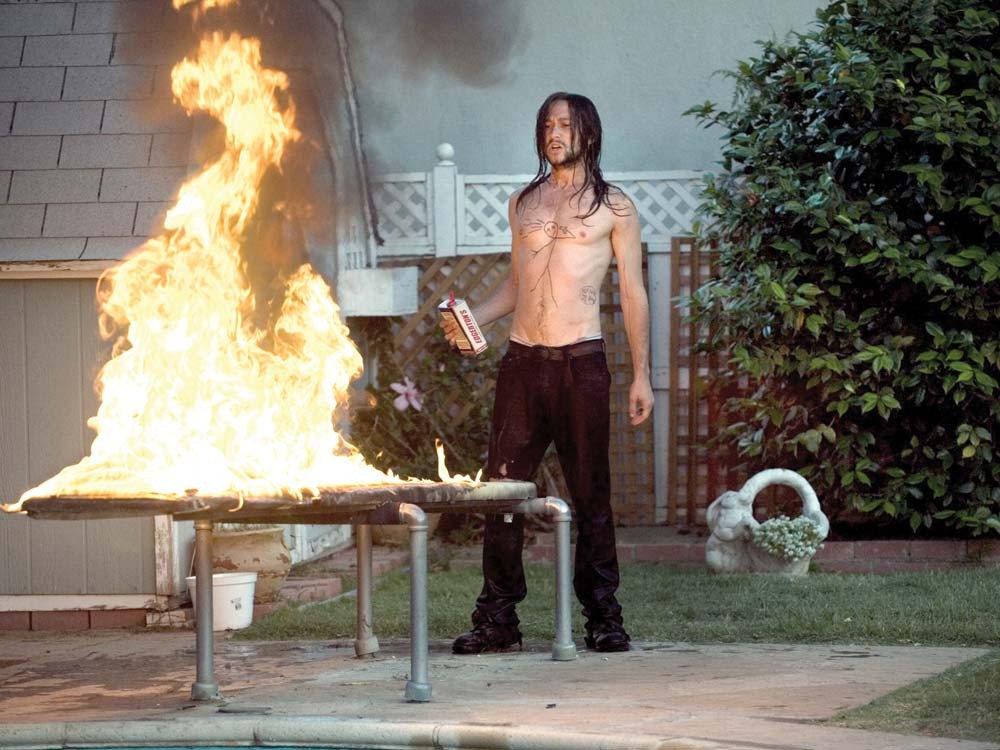 A villain or a hero? It's hard to tell.

You will walk into the movie theater thinking you know exactly what Hesher is about: a rocker burnout misanthrope who lives in a van, does what he pleases and whose sole function

on the Earth is to just rock the f--- out as often and as hard as his body will allow. On movie posters, Joseph Gordon-Levitt has stringy hair, jailhouse tattoos of stick figures blowing their brains out, a cigarette attached to his lip. You’re thinking Metallica, AC/DC, Judas Priest — Slayer, hopefully — will punctuate the high points of the film. It will be glorious.

And yes, some of that stuff is a part of Hesher. But that lone-rocker attitude — and the actual Hesher character — is one of the most periphery aspects of the film. You realize quickly that the ads promoting this film are to get your ass in the seat. This film is, in fact, an incredibly sad story of loss, rebellion, grief and coping … with very little Metallica on the soundtrack, after all.

Hesher is the story of T.J. Forney (Devin Brochu), a boy — maybe 10, but definitely no older than 12 — who has lost his mother in a car accident. And we watch, from the first scene, as T.J. struggles through his grief and confusion by himself. His father (Rainn Wilson) is no help — he can’t get off the couch. He can’t even talk about his wife’s death without swallowing a handful of pills. And because T.J. is at that awkward age between childhood and adolescence, we watch as he tries to figure out how to cope. Tired lines on his young face show his inner confusion, frustration and pain. And on top of everything, T.J. — who is small for whatever grade he is in — is getting put through hell at school by one particularly nasty bully.

And then he meets Hesher (Gordon-Levitt) — that misanthrope you thought this entire movie would be about. Hesher is both the villain and the hero in T.J.’s life, preying not just on the young boy, but his family, too. He eats their food, watches their television and gets their sweet, caring grandmother (Piper Laurie) to take bong hits. In their collective catatonic state, the family watches Hesher with fascination and wonder. Because Hesher is brimming with life — angry, anarchistic, self-serving, macho. His life is what he makes of it.

And for the first time, you realize, you’re admiring a total trashbag — realizing that maybe you too have something to learn from this movie.