Filter’s Richard Patrick has finally realized he doesn’t have to put his hand through a wall to rock. 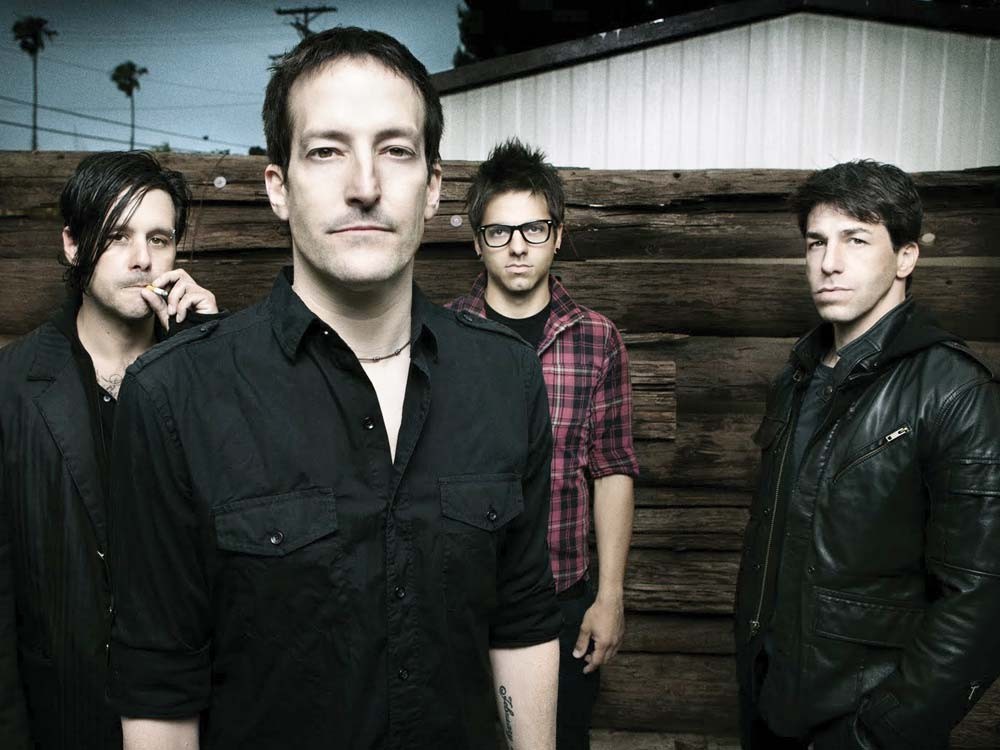 Richard Patrick seems a bit unsettled, but that’s kind of how he likes it. Filter, the band that he formed back in 1993, has undergone its fair share of sonic transformations over the years. And those have garnered Patrick a reputation as an eclectic rocker. Their two biggest hits illustrate a dichotomy between industrial rock and shiny pop.

“People still can’t believe ‘Hey Man, Nice Shot’ and ‘Take a Picture’ are from the same band,” says Patrick. “I literally feel like maybe I should do two records next time. One record just literally [like Filter’s industrial debut] Short Bus and the other record totally glisten-y ‘Take a Picture’ stuff.”

Patrick’s industrial roots come from his days as a guitarist for Nine Inch Nails during that band’s formative years. But he and Filter co-founder Brian Liesegang (who was also in Nine Inch Nails) didn’t want to just copy and paste Trent Reznor’s formula, despite how well it was working.

“It’s funny, because half of the stuff we learned from Nine Inch Nails, Brian and I purposefully forgot. Cause we were like, ‘Well, we can’t do that.’”

Short Bus was industrial on a garage-band level, even employing a drum machine because neither Patrick nor Liesegang knew a drummer. The lo-fi soul of that first record is still a point of pride for Patrick, who sees it in cinematic terms.

“When I see a movie like Transformers, where it’s just like extremely glisten-y, shiny, Michael Bay — Nine Inch Nails or other synth projects seem to be like Transformers. And Short Bus was The Blair Witch Project,” he says.

“Let’s just tear it down to a basic premise. They both are amazing — I think the effects are incredible in Transformers — but they’re different beasts.”

Patrick seems to bear the burden of remaining heavy in his songwriting. He feels compelled to prove something to his longtime fans who might think he’d gone soft for writing some tunes that aren’t completely in-your-face aggressive.

“With Title of Record, [the hard single] ‘Welcome to the Fold’ purposefully came out before ‘Take a Picture’ because I wanted my kids to know I’m still heavy and mean, I just don’t wake up every day with a pitchfork and craziness.”

While the guys in Filter can still get down and dirty, Patrick has grown to find that the aggression doesn’t all have to be happening in the moment to be successful.

“I’ve learned that you don’t have to literally bash your brains in to get a great take,” he says. “Once, I found out that someone was cheating on me and I punched my own platinum record, like ‘F--- this shit!’ I was expecting to punch through the wall, but I hit a stud and I broke my hand, and with shit all over my hand I was like, ‘I gotta use this!’ I went in and sang “I’m Not the Only One’ and was like, ‘OK, now it’s good!’” Toning down the actual dayto-day craziness of his personal demons has allowed Patrick to treat Filter differently. It’s not always the powder keg, ready to explode at any moment.

“As a young whippersnapper I literally wanted to write from a Bukowski ‘live hard, die hard’ kind of place,” he says. “But I realized if you can learn how to perform in a manner where you’re literally reliving all those experiences within your performance, you can maintain a level of greatness while having the practicality to pull that off 11 shows in a row.”

Patrick might not be the wild card he once was, but that’s probably for the best. At least it keeps him in one piece.