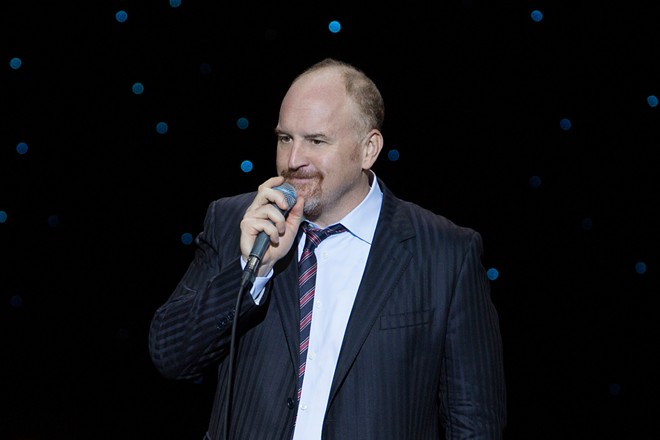 Netflix
Louis C.K. plays the First Interstate Center for the Arts on Oct. 10.

Standup comedian Louis C.K. was arguably the most popular comic in the world just a few short years ago, and his return to the spotlight now includes a stop at the First Interstate Center for the Arts on October 10.

C.K. was riding high on the success of his sitcoms Louie and Horace and Pete, as well as standup tours that included selling out multiple nights of sold-out shows at Madison Square Garden, before allegations of sexual misconduct over the course of many years came to light in the fall of 2017 as women spoke out about their experiences with him. C.K. admitted the allegations were true.

C.K.'s career largely went on hiatus until he returned to stages and started releasing new specials in 2019. While he touches on his own scandal in his new works, C.K. mostly addresses the same sorts of cringe-y societal taboos he always has. How big an audience that draws in 2021, in a smaller market like Spokane, will be interesting to see.