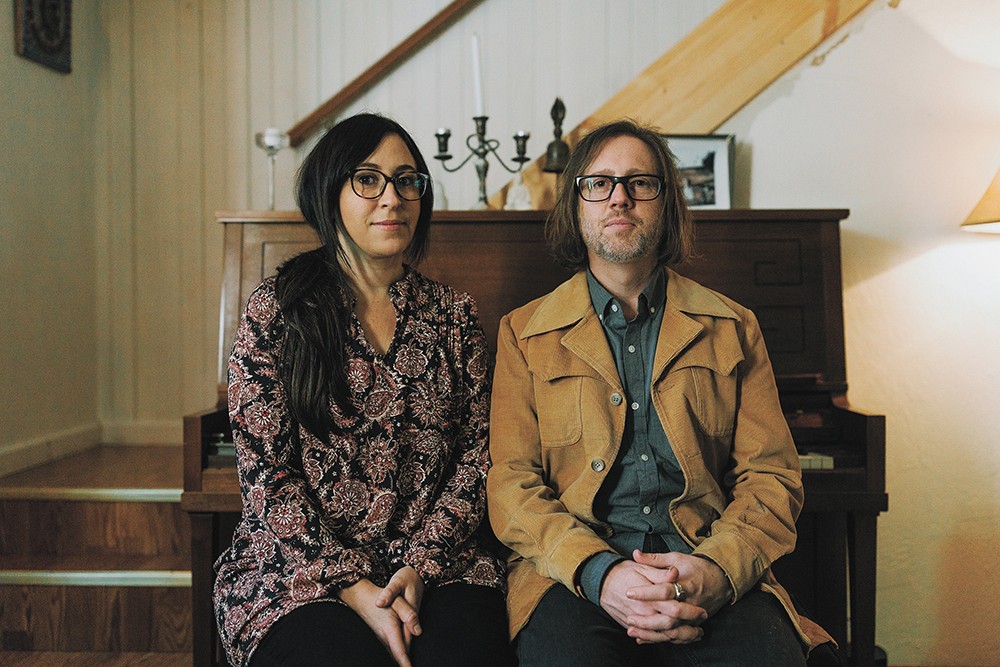 Nirav Patel photo
Jen Borst and Navid Eliot are the voices behind Planes on Paper, the folk duo that hits the Bartlett stage on Saturday.

The songs of Planes on Paper are deeply personal, intimate stories about its members' life experiences and the issues they care about. But they're also meant to be relatable, hyper-specific musical narratives that are nonetheless pitched to anyone and everyone.

As Navid Eliot, one half of the Yakima duo, puts it: "You don't feel alone while you listen to it."

He and his co-writer and bandmate Jen Borst produce a haunting but welcoming brand of folk, their two voices always in sync and in harmony, with delicate instrumentation practically cradling the vocals. It's the kind of music you might hear at a low volume in a coffee shop and find yourself unable to tear your ears away.

The duo's regular touring presence means they've become perhaps Yakima's best-known act, and although the town isn't exactly known primarily for its music scene, it's actually an ideal place to live as a working musician, Eliot says: The cost of living isn't exorbitant, and you're pretty close to bigger cities like Seattle, where Eliot is when he talks to the Inlander — he drove over the day before to play a show with another band.

Eliot is originally from Seattle, and he moved to Yakima about six years ago. He remembers hearing a general grumbling about the lack of venues and original bands, and so he started a local open mic night.

"Some of the guys that were 15, 16 when I started that open mic are in their early 20s now, and are in touring bands," Eliot says. "Some of them moved to bigger cities to have more of a local scene, and there are still a few that are around Yakima."

That's how he initially met Borst, who was working as a photographer for the Yakima Herald and snapped some shots of Eliot for a piece about the town's burgeoning singer-songwriter scene. They were both later recruited to sing harmonies in a local band, and when that project went in a different direction in 2014, they decided to branch out on their own. Hence, Planes on Paper was born.

"We took our share of the band funds and recorded what was intended to be a demo, but it turned into an EP," Eliot says.

Planes on Paper dropped their debut full-length Edge Markings earlier this summer, and the release tour wraps up in Spokane this weekend. Half of the album's tracks have been in the band's repertoire for a couple years now, while the other half were written specifically for the record, "about things that seemed pretty topical for the time we're living in," Eliot explains.

But all the songs feel of a piece, and certain themes recur throughout the album — the perils and pleasures of isolation ("I'm not lost, just hard to find," they muse on "Hermit Song"), the degradation of communication, the difficulties of escaping past trauma. "All That's Flesh Is Grass" is about the demise of the planet, and the people who want to hasten an almost certain apocalypse, while "Television" is even more overtly political: "I know you're angry and you're confused," it goes, "but it's not the rest of the world, babe — it's you.

"And it's where you get your news."

It seems appropriate, then, that "Television" actually landed the band an invite to play the Millennium Stage of the Kennedy Center last year, and the lyrics packed a particular wallop while echoing through the legendary Washington, D.C., theater.

"It's an observation about how politics are really dividing us as a country. It's like this broken marriage," Eliot says. "The big sweeping goal is that people hear it and they don't necessarily feel like they're listening to some kind of factual narrative of our experiences, but that they listen to it and take the emotional content and think of their own emotions rather than ours when they hear it."

Eliot likens his working relationship with Borst as that of a writer and editor, roles that change depending on who's on which side of the pen. One of them will start a song, and then the other makes suggestions until it's just right, and that collaborative back-and-forth manifests itself in their live show.

They've played the Bartlett several times now, mostly as an opening act and usually as a duo on a spare stage. This time they're bringing a small backing band and they're headlining, but the show is still going to be as intimate as ever.

"We don't have much of a wall between us [and the audience]," Eliot says. "We're speaking as honestly as we can to a roomful of strangers and hoping that they can take away from that that we are not different than they are, and they're not different from one another. We're all people who experience the same emotional inner dialogue." ♦