Manafort, Once of Trump Campaign, Indicted as an Adviser Admits to Lying About Ties to Russia 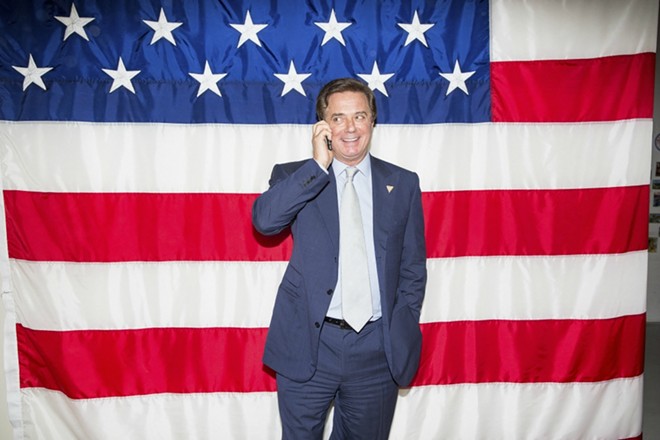 
The charges against Manafort and his longtime associate Rick Gates represent a significant escalation in a special counsel investigation that has cast a shadow over Trump’s first year in office.

Separately, one of the early foreign policy advisers to Trump’s presidential campaign, George Papadopoulos, pleaded guilty to lying to the FBI about a contact with a Russian professor with ties to Kremlin officials, prosecutors said Monday.

The special counsel, Robert Mueller, was assigned in May to investigate whether anyone close to Trump participated in a Russian government effort to influence last year’s presidential election. Monday’s indictments indicate that Mueller has taken an expansive view of his mandate.

The indictment of Manafort and Gates makes no mention of Trump or election meddling. Instead, it describes in granular detail Manafort’s lobbying work in Ukraine and what prosecutors said was a scheme to hide that money from tax collectors and the public. Authorities said Manafort laundered more than $18 million.

“Manafort used his hidden overseas wealth to enjoy a lavish lifestyle in the United States without paying taxes on that income,” the indictment reads.

Gates is accused of transferring more than $3 million from offshore accounts. The two are also charged with making false statements.

“As part of the scheme, Manafort and Gates repeatedly provided false information to financial bookkeepers, tax accountants and legal counsel, among others,” the indictment read.

Papadopoulos admitted that in a January interview with the FBI, he lied about his contacts with a Russian professor, whom he knew to have “substantial connections to Russian government officials,” according to court documents. Papadopoulos told authorities that the conversation occurred before he became an adviser to Trump’s campaign. In fact, he met the professor days after joining the campaign.

The professor took interest in Papadopoulos “because of his status with the campaign,” the court documents said.

Manafort and Gates surrendered to the FBI early Monday and were due in court in the afternoon. Money laundering, the most serious of the charges, carries a potential prison sentence of up to 20 years.