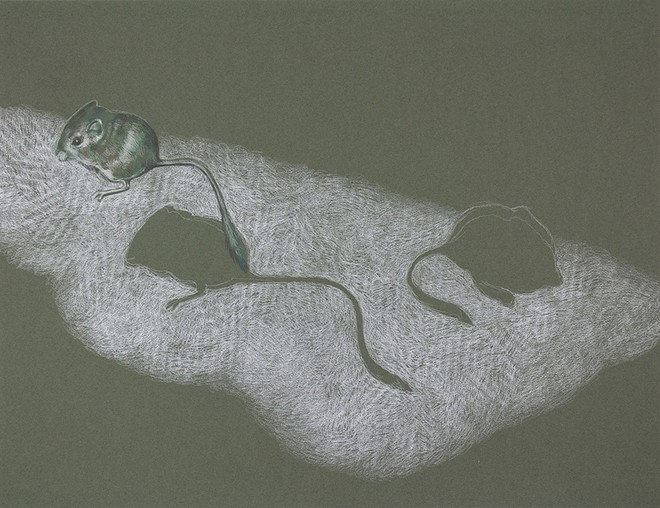 Free
Local artist Mariah Boyle’s latest art series In the Air and Underground is on display at Eastern Washington University’s Cheney campus gallery, which has moved its recent exhibitions to a digital format. Boyle creates mixed-media drawings and installations of public memories associated with passing through particular landscapes. Her work is based in the interactions and interconnectedness of people and the natural world. This exhibition was inspired by the Chihuahuan desert in northern New Mexico where the White Sands National Monument is located in the middle of a former U.S. missile range. Boyle created this series of drawings before, during and after her visit, and initially she intended to align their debut with last July’s 75th anniversary of the first atomic bomb testing. The exhibition is accompanied by a lecture from Boyle April 7 via Zoom.