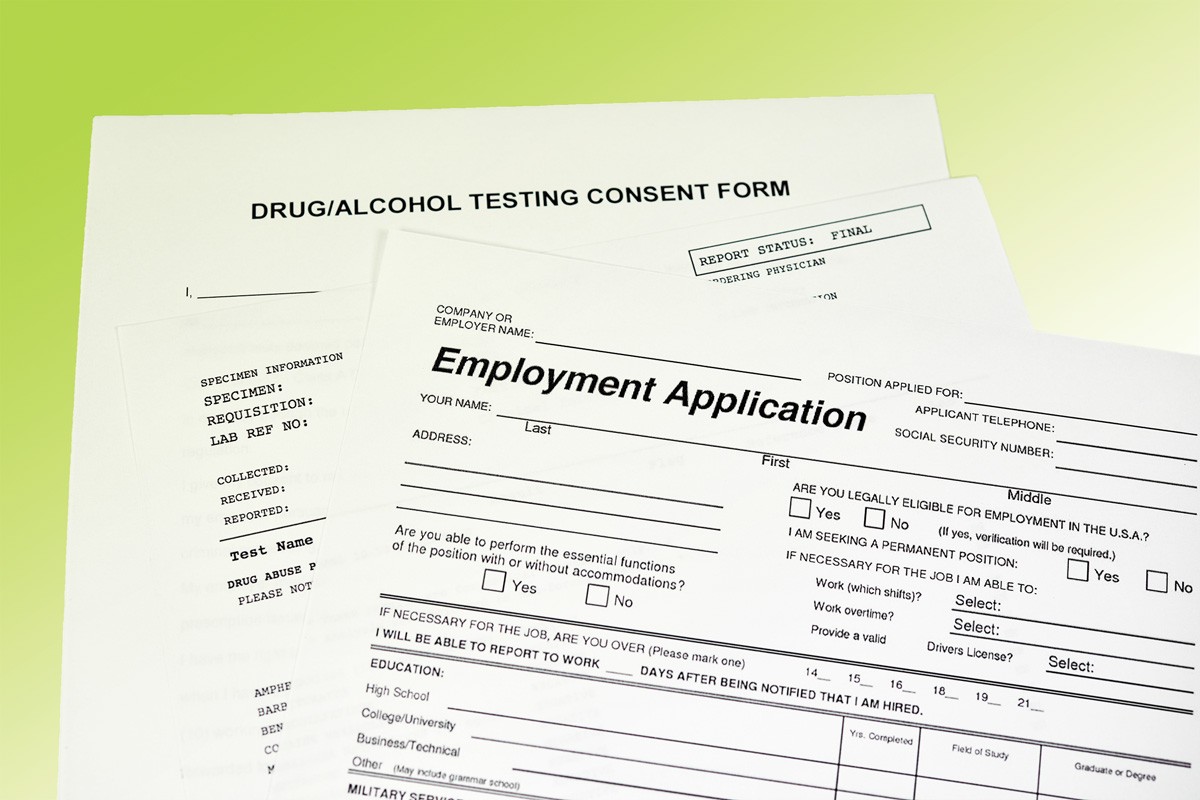 It's a strange sort of hypocrisy where a politician is loose and libertarian from the debate lectern, but a quiet moralist behind closed doors.

President Joe Biden has said he wants to legalize medical marijuana and decriminalize possessing it. But when it came to his own staff, smoking marijuana in the past — even in places like Washington state or Washington, D.C., where the substance is legal — would put their job with the Biden administration in jeopardy.

As the Daily Beast reported last month, dozens of Biden staffers were suspended, relocated or forced to resign after admitting on a job questionnaire to using cannabis in the past.

Though Biden press secretary Jen Psaki said there were "additional factors at play" for the five employees who were actually terminated, it underscored the problem.

In many states, cannabis is a rare legal substance where even off-duty use is banned, and previous use can prevent your hiring.

"It's hiring standards," says Spokane Police Department spokeswoman Julie Humphreys. "Anybody who has used or has been in possession of marijuana as an adult within one year prior to their application, they'd be automatically disqualified."

Lie about it, and you better hope you can pass the polygraph if you want to get hired.

But maybe that's to be expected — narcotics officers are known for being, well, narcs. But Washington state Rep. Shelley Kloba, D-Kirkland, says these sorts of restrictions are pervasive in other professions as well.

"I have heard from business owners from a car dealership that had a hard time finding qualified people to work for their repair shop," Kloba says.

It wasn't that they themselves cared about prior marijuana use, she says. It was an insurance issue.

"Their insurer would insist on their drug-free workplace," she says.

In Washington state, there are few protections from being fired for smoking pot even off the job. The Washington state Supreme Court has ruled that an employee can't sue because they were fired for using medical marijuana at home.

But other states have taken a different tack. In Nevada, for example, it's illegal for employers to refuse to hire someone just because a drug test turned up the presence of cannabis.

Last year, Kloba introduced a bill to do the same for Washington. But she quickly found that it was complicated.

Some industries, like trucking and hospitals, reasonably felt like it was important to be able to prevent hiring someone who regularly used marijuana.

"Their pushback was, 'You clearly don't want to have a surgeon or someone who's got your life in their hands'" to be high, Kloba says. "We have to thread the needle of maintaining public safety."

John Tirpak, director of the Unemployment Law Project, says that some important jobs, like being a pilot, rely on the certainty of sobriety. Nobody wants their pilot to fly their plane high any more than they want to see them drunk.

And yet, Kloba points out, we don't fire people for getting drunk in their off-hours, as long as they show up for work the next day sober.

The problem is that marijuna tests are good for detecting cannabis in your system, but lousy at determining whether you're actually high or not.

"Sometimes we'll see a case for somebody who is not under the influence at work, but it shows up in a test," says Tirpak. "With alcohol, you can consume a lot of it on a Saturday night and then on Monday morning you'd be clear. With cannabis, it stays in your system and will show up for testing long after."

That's why Kloba says she wants to "spur the research into impairment." Tests can still show the presence of THC in your system more than a month after you last smoked. So the big question is, how do you know whether they're actually unsafe to, say, drive or fly? Kloba says she wants to learn more. She says there's a lot more that needs to be discussed, but addressing the issue is something that she's still interested in.

"If somebody smoked a joint last Wednesday, is it reasonable to think they can't do their job?" Kloba says. "To me, that is unreasonable." ♦