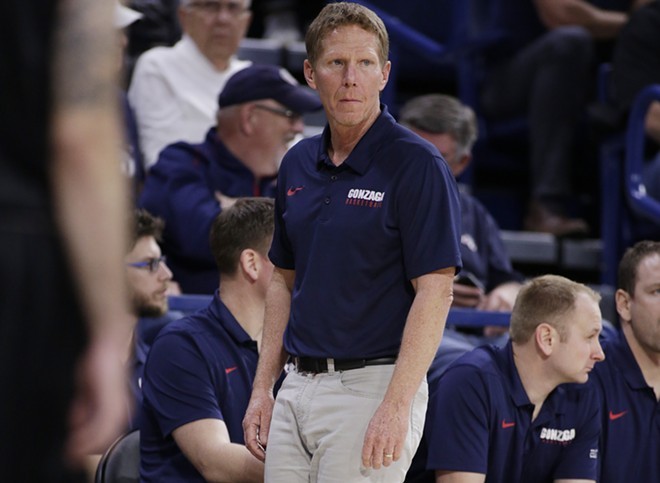 Young Kwak photo
Basketball coach Mark few to California governor: "Stay in your lane."
When asked where he stands on college athletes being able to get paid, Gonzaga coach Mark Few said in an interview that he's "all for" finding a way to do that. But that was only after Few took a shot at California Gov. Gavin Newsom, who just signed the recently passed Fair Pay to Play Act that would permit college athletes there to get paid for their name, image and likeness.

The law has caused a stir recently, as the NCAA does not allow college athletes to profit off their likeness. In an interview with Stadium's Jeff Goodman, Few first called it an "incredibly complex issue, like health care in America," before he accused Newsom of grandstanding.

"What I find totally disappointing and just disgusting is that a governor is wasting his time grandstanding around in something that he really doesn't understand when .00001 percent of his constituents are going to be impacted by this," Few said. "He should probably stay in his lane — like I tell my players — and figure out homelessness, and I think he's got a state that borders Mexico and get that mess figured out, and the budget and some things like that."

"He should probably stay in his lane - like I tell my players - and figure out homelessness. I think he's got a state that borders Mexico, and get that mess figured out."@ZagMBB head coach Mark Few didn't hold back when discussing @GavinNewsom with our @GoodmanHoops. pic.twitter.com/afbWTJ6nsg


It was similar to Washington State University football coach Mike Leach's answer when he was asked about the California law last month. He, too, suggested that California should focus on other issues like "keeping their streets clean."

But Few's criticism of Newsom, who in fact was a pitcher for Santa Clara in the 1980s, only obscures what Few thinks about college athletes being able to make money. In the nearly four-minute video posted to Twitter by Stadium yesterday, Few goes on to say that while Gonzaga athletes are treated well, he would support his players being able to profit off their likeness.

"If there was a way we could monetize likeness and regulate it in a way to keep a fair playing field for everybody, I'm all for it," Few says.

This would appear to be in line with other college coaches. In an anonymous CBS survey, 77 percent said players should benefit from their name, image and likeness.

Few then goes on to say that former Gonzaga star Rui Hachimura, now on the Washington Wizards, could have made a significant chunk of money last year if something like that was in place.

"But I'm not all for grandstanding politicians entering in, or media members pulling low-hanging fruit off," Few says. "But again there are some really, really smart people who have been in our workspace for a while and I think will make the right decisions as long as people don't panic and try to, you know, do things based on because the public's getting a little antsy."