The old days were good for the Accused, but these days they’re OK with mp3s and LOLing. 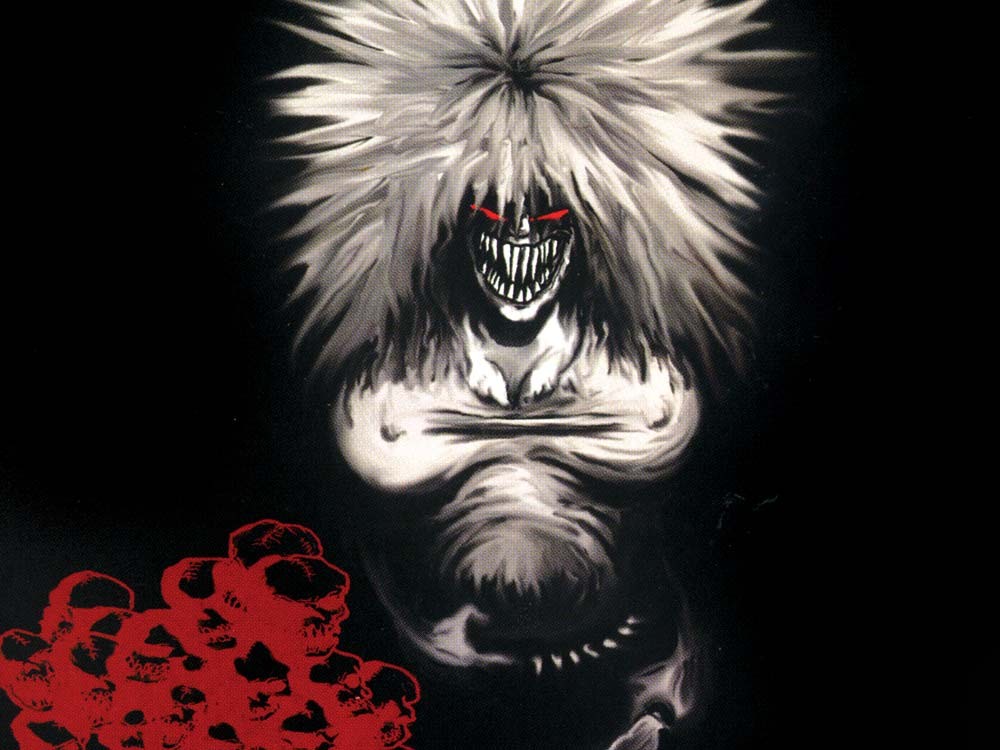 Information exchange looked much different when a young, guitar-slinging artist named Tommy Niemeyer formed the Accused in Oak Harbor, Wash., in 1981. Letter writing, tape trading and sending copies of local gig flyers to worldwide friends were how underground music fans stayed connected and informed. The Accused used this snail-paced communication network to build a name for their brash metallic hardcore and Niemeyer upped that ante, drawing additional attention to the band by creating Martha Splatterhead — a pneumatic-breasted, zombie babe mascot — and adorning shirts, envelopes and album covers with her likeness.

Touring meant getting in a van and hoping that the confirmation letters they sent to amateur promoters and fly-by-night venues reached their destinations before the band did. Their system may have been held together by bubblegum and matchsticks, but they made it work until breaking up in 1992.

In their heyday, the quartet pushed the boundaries of the metal/ hardcore combination with original vocalist Blaine Cook’s rabid shriek-n-screech, the then-rare use of double bass drumming, and halting, slashing riffs. That the whole mess was as catchy as it was cacophonous made the Accused a punk-household name and made 1986’s The Return of Martha Splatterhead, 1987’s More Fun Than an Open Casket Funeral, and 1988’s Martha Splatterhead’s Maddest Stories Ever Told genre touchstones.

In 2003, with the help of — and at the urging of — fans on the Internet, Niemeyer got his punk rock mojo back, injecting another dose of saline into Martha’s bustline and reforming his baby to the tune of 2006’s Oh Martha, 2009’s The Curse of Martha Splatterhead, and sporadic live gigs, including this Friday’s show at The Hop.

“The underground music scene has been able to utilize some of the best aspects of today’s technology,” writes Niemeyer via email, “while continuing to either subvert the mainstream music machine or bypass it like so much trash on the side of the road. That has been pleasant to watch, from a music-creator’s perspective.”

Comebacks aren’t easy for bands like the Accused — bands from the early annals of heavy music, who have returned with fire and desire up front but with families, mortgages, jobs and responsibilities looming in the background. But new technology has allowed them to

maintain a presence despite not being able to tour as extensively as they could in their 20s.

The Accused has not only returned with their usual on-the-edgeof-out-of-control thrashcore, but they’re able to play, write, record, offer merchandise and keep fans updated in ways unheard-of back when they were mailing out cassette copies of their Brain Damage demos.

“The process is faster than I’d ever imagined it could be,” continues Tommy, “[and it’s] all done without having to sign away your soul or give up what you stand for. That is a huge relief to a person like me, who was predicting the opposite around 1995. Glad to say I was wrong.”

One thing Niemeyer wasn’t wrong about was the enduring popularity of Ms. Splatterhead. In the disgusting dives, basement bars and house shows of the punk world, Martha is the equivalent of Iron Maiden’s Eddie, and the ageless, undead sex bomb is always exploring new territory.

“She recently made her on-screen debut in our latest video, ‘Hemline.’ Now she’s got the acting bug, so anything’s possible … and anything you can imagine is nothing compared to what we have planned for Martha’s fans!” he LOLs. “Check our official Martha Splatterhead/the Accused website at www.splatterrock.com for details as they arrive.”