Listener is insistent on doing things their own way 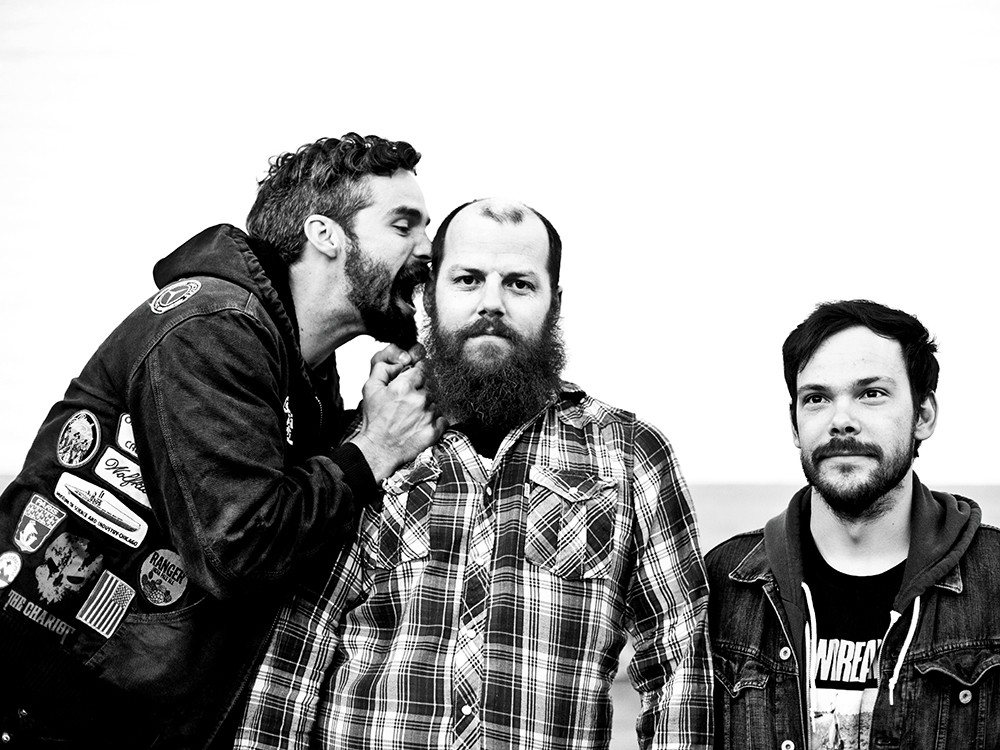 “If you want something done right, do it yourself.”

Many a band has taken this saying to heart, but perhaps none more so than Listener, a spoken word rock band.

In their early days as a duo, Christin Nelson and Dan Smith made their first album, 2007’s Return to Struggleville, by hand in their Arkansas living room. During their first three years of touring they screen printed all of the shirts they sold at their “souvenir table” after shows.

The band also has a penchant for house tours, as evidenced in multiple YouTube videos that show them playing intimate shows to a few dozen people crammed into a living room or basement.

In a sense, that’s where the band’s roots are. Nelson and Smith first met at a house show back in 2005.

Back when he lived in Las Vegas, Nelson hosted a house show for Smith — then a hip-hop artist who was looking to stray from performing with strictly hip-hop acts. After a post-show chat about music and tattoos, Nelson and Smith decided to join forces.

According to Nelson, the duo clicked right away. They recorded Return to Struggleville before they played a single show together, which helped them mesh even further as musicians.

Their first practice before heading out on tour lasted about an hour. During that time, Nelson says they didn’t make it through an entire song. After the third show of the tour, though, everything came together.

“That year was a bit rocky because we were still finding our way musically as a band, but we learned quite a bit from the experience,” Nelson says.

The band — now a trio — calls the music they make “talk music,” a term Smith originally coined because he didn’t know what genre to file his music in. Introducing the world to that genre is hard work, but good work, the band says on its Facebook. They leave their families for months on end to play shows night after night, sleep on floors and eat, mostly, unappetizing food.

“It’s a real humbling thought to imagine a person working a job they might not enjoy to make money and pay to come see us for one moment of inspiration, hope, escape or any reason they have,” Nelson says. “We don’t do this to take from people — we do it to give as much as we possibly can, and then give a little more.”

This mission has produced three more independently released albums, not including Time Is A Machine, for which Nelson is currently in the studio finishing song rewrites. It only took the trio a week — of what Nelson calls a very specific process of chaos — to write the album, using bits of music and lyrics that didn’t make 2010’s Wooden Heart.

“We have come to a place where we will let a song tell us what it wants to be rather [than] try to force something into a box of what we perceive it should be,” Nelson says. “Usually I’ll have a music idea or song demo written and Dan will have his various writings and we will sit together and just see what happens and let things take shape from there.”

There is no concept to Time Is A Machine, though Nelson does note that some of the songs are tinged with western themes and that, lyrically, the DIY album is more uplifting and encouraging than some of their previous releases.

Though Listener is proud of their independent work ethic, Nelson says he and Smith don’t want to be grouped in with artists who use Kickstarter and similar websites to solicit donations from fans to fund projects. Nelson says these websites are for people who want to take the fast track.

“We’ve never asked people for money to do what we do,” he says. “If you are really committed, you will find a way. End of story.”

Nelson insists that Listener’s grassroots way of making music and touring will continue as long as the band exists, and that they’ll be practicing the same DIY principles they preach: taking their time, paying their dues and being patient with the music they create.

“People try to say we are a ‘big’ band and we’ve ‘made it,’” he says. “We still don’t know what that means but we know we have more albums to make and more work to get done.”