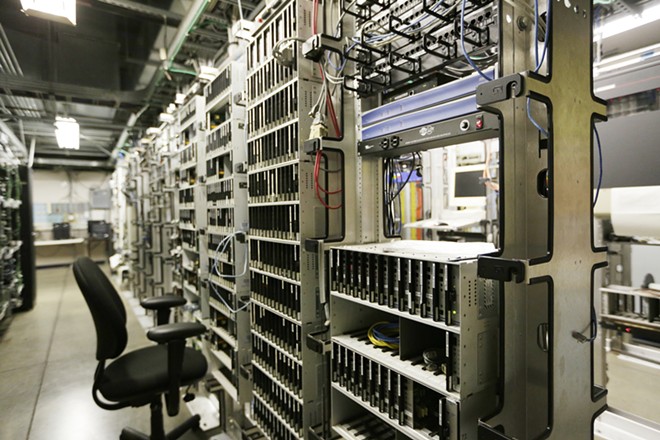 Adding to the drama in the debate over how to fix the regional 911 dispatch system, Spokane Mayor David Condon vetoed an ordinance from the City Council that aimed to stall a plan to integrate city and county dispatch services, calling it a “complete overstep of the authority of the legislative branch" at a Nov. 20 press conference.

Currently, when you dial 911 in Spokane County, your calls go to the Combined Communications Center and then gets referred to the appropriate agency. However, the siloed nature of the various dispatch systems can make for lengthy waits for service during emergencies where every second counts. It’s been such an issue that regional public safety departments have tried to reform the system six times over the last 12 years.

Now, Condon and the heads of local fire and police agencies are pushing a plan to integrate their various dispatch systems into a new public entity. Proponents argue that it will improve service and, ultimately, save money. And in 2017, voters approved a 10-year extension of the one-tenth of 1 percent sales tax levy to finance reforms.

However, this most recent attempt to streamline the system has been marred by opposition from the Spokane City Council and city dispatch employees, who argue that the problems with the dispatch system service can be fixed without creating a new public authority, that it won’t actually save money and that it could lower the salaries and benefits of some city employees. Council members have also alleged that they haven’t been adequately included in the process and that their questions regarding the financing and staffing of the proposed integration have gone unanswered by the Mayor’s Office.

So in early November, the Spokane City Council unanimously approved an ordinance that prevented the local police and fire departments from working with dispatchers who aren’t city employees.

At a Nov. 20 press conference where he announced the veto of the council’s ordinance, Condon slammed the legislation.

“Going it alone on something like this and going against all the senior leadership in every public safety agency seems counterintuitive to me,” he said, claiming that the city charter doesn’t give the council the authority to dictate management of employees of the executive branch. “We’re going to continue down this path."

In a letter to the City Council, Condon was terse:

“Fear of change should never drive the development of legislation, especially such narrowly defined requirements that have no policy purpose but are simply designed to stop a discussion,” he wrote. “Removing unneeded steps in the 911 and dispatch functions has the potential to reduce response times by up to 90 seconds — that’s life-saving moments in medical emergencies.”

Condon also argued in the letter that the council has been looped into the integration discussion process through a regional work group that includes a council member and that the city will save roughly $4 million due to the new voter-approved sales tax revenue. At the press conference, Condon also said that the council has received monthly reports on the process — including the financing and staffing models for the integration.

In response, Council President Ben Stuckart tells the Inlander that the council will potentially vote to override the veto on Nov. 26.

“The veto contained assertions about cost savings and cost the citizens, and we’ve been asking for the evidence of that for six months and have still not received an answer,” Stuckart says. “It’s completely false that any of our questions have been answered.”
I think they might think it’s a good idea, they just can’t show it."

Condon says that there will be “opportunities” for city 911 dispatch employees in the new organization, and that the city would likely have to lay off 10 employees if it doesn't join the regional system.

He added that city employees who disapprove of the integration have been “successful” in lobbying council members to oppose the plan.


This story has been updated to correct Mayor Condon's position on estimated staffing levels in the new regional system.