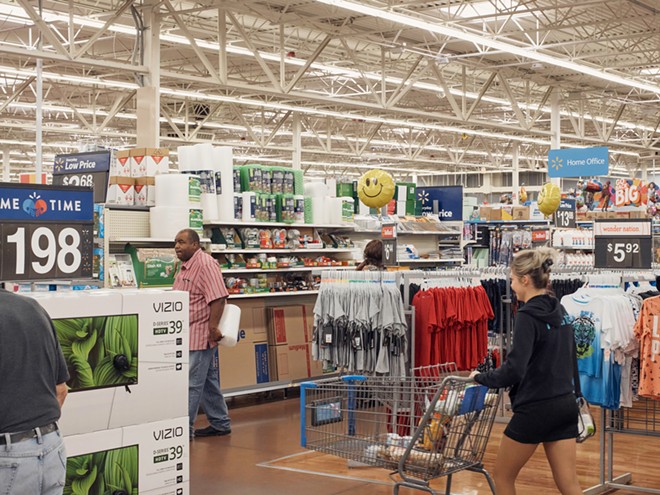 WASHINGTON — A decade after the financial crisis, American families are finally climbing out of the deep trough created by the Great Recession.

Median U.S. household income reached $61,372 in 2017, according to the Census Bureau, which described that level as statistically indistinguishable from where it was in 2007.

The numbers released on Wednesday show that the U.S. middle class suffered a “lost decade” in the wake of the 2008 financial crisis, as median household income fell sharply, and then began a slow recovery.

But the gains have not been equally felt, and the numbers revealed a sharp divergence between the wealthiest Americans and everyone else. The incomes of the nation’s most affluent households have climbed sharply since the crisis, driven largely by investment gains. The Census Bureau said income inequality did not rise significantly last year.

The Census Bureau made significant methodological changes in 2013, complicating comparisons with earlier years, but officials said that the level of median household income in 2017 was roughly the same as in 2007, the last full year before the financial crisis.

The Trump administration declared in July that the government’s long-running effort to reduce poverty in the United States “is largely over and a success.” The Census Bureau, by contrast, reported that 12.3 percent of U.S. households lived in poverty in 2017 — about 39.7 million people. That was an improvement over 2016, when the poverty rate stood at 12.7 percent.

The data also showed the share of Americans covered by health insurance remained stable. The Census Bureau reported that 8.8 percent of the population, or 28.5 million people, lacked health insurance for the full year. The change from 2016 was not statistically significant for either number.

In states that chose to expand Medicaid under the Affordable Care Act, the bureau said, 9.4 percent of people age 19 to 64 had no health insurance coverage at any time last year, not statistically different from the percentage in 2016. In states that did not expand Medicaid, 16.7 percent of the population had no health insurance coverage in 2017, up from 16.1 percent in 2016.