Karrie O'Neill is finally ready to take her music full time, complete with a brand-new album and upcoming tour 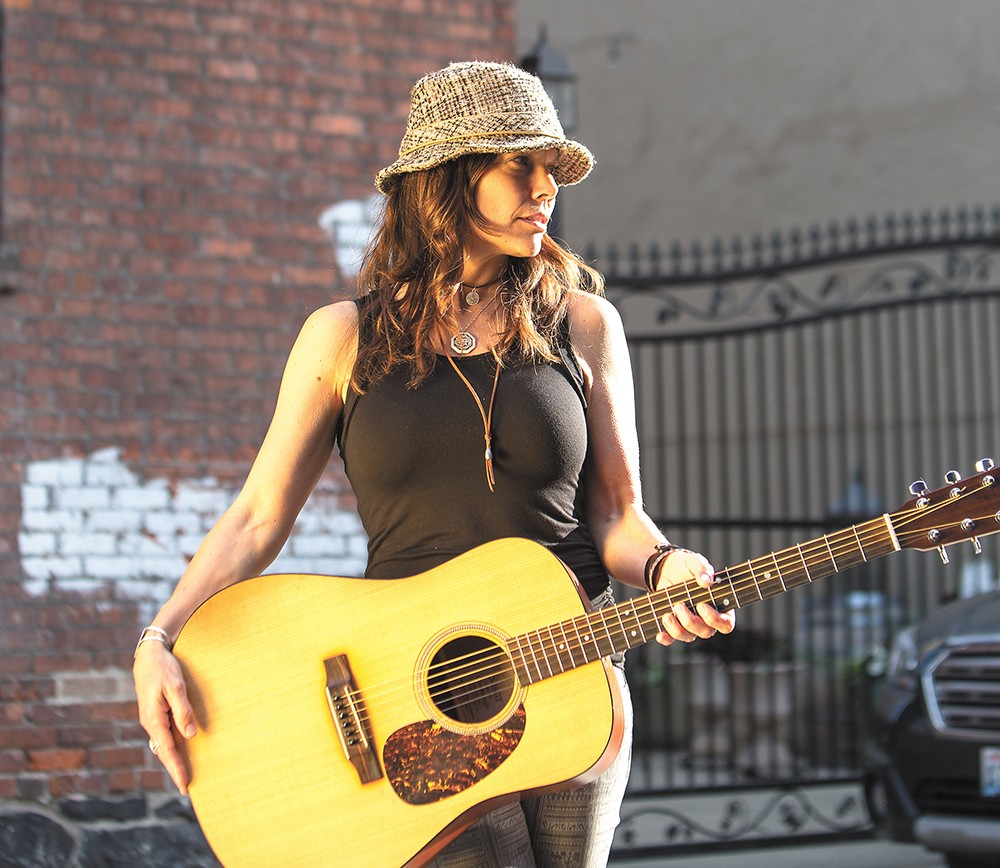 in his Spokane Music Institute studio, he instantly had a picture in his mind of where her music could go.

That was about a year ago, and since then O'Neill's music career has catapulted forward. Working with her music coach Ehrgood, who produced her new sophomore album Unrequited Love and whom she calls Ghetto Oz, as he's behind the "curtain" making "things happen" (he pulled in trumpet player Curt Ramm of Bruce Springsteen's E Street Band and studio brass player Bill Holloman for the record), O'Neill says she has come into her own, splashing more blues and grit into her music than ever before.

Next month, along with an upcoming CD release party at the Bing Crosby Theater, O'Neill heads out on her first national tour, which will include Ehrgood on guitar and a full band of regional musicians.

That she'll finally be able to take her music full time doesn't exactly surprise the 46-year-old O'Neill, who's played in the local scene for about eight years.

"I've always known this was going to happen," says O'Neill last week over a slice of Maple Street Bistro's gluten-free quiche (she was diagnosed with celiac disease 16 years ago). "I don't want to be famous, but I truly believe in my music."

In those final moments underwater,

she distinctly remembers seeing the sun's rays shining through the pool. That was right before her lungs stopped aching and life left her body. Although eventually resuscitated, she says her memory of nearly drowning at age 7 is as crystal clear as ever.

Now, whenever she can, the Sheryl Crow look-alike gets out into the sun. There's something spiritual there, she says. It revives her. Each morning she'll wake up and light some incense and meditate in her sun-decorated Northside home. She lets the day flow through her. She'll practice her songs, and head to work as a vocal coach or to one of her various gigs. Often, like this weekend, she plays solo at Arbor Crest Wine Cellars. She's excited for a time when she no longer has to play mostly covers at shows, only her own originals.

"I'm sick of covers," she confesses.

Her original tunes speak of her own emotional experiences, and those of friends and acquaintances. She's always listening to people's stories, she says. She's labored over some of her songs for years, while "Black Shiny Hummingbird," the new album's closing acoustic track, came to her in mere minutes. Throughout the nine-track record, her voice moves from powerhouse stadium rocker to folksy blues singer, and each song shows off a new dimension of her talent.

"I just want something real," says Ehrgood of O'Neill's sound. "I helped somebody, who in turn completely helped me get excited about playing again. And in turn, people I used to know are now saying 'Let's help.'"

O'Neill grew up singing and writing music, but didn't learn to play guitar until age 30, and even then she taught herself. Eight years ago, she was talked into playing in front of people for the first time at a local coffee shop. Finally, she found something for herself.

A Spokane native, her life used to be dictated by others. By parents who had six other kids to worry about, by a husband whom she married young and later divorced, and even by her two loving children. But now that her kids have left the nest, O'Neill says it's time to be a rock star.

"If it doesn't work out, that's OK, I'll figure it out," she says. "You can be hungry for something, but you have to be patient."

That's why she says this is her chance. There was a time she pushed a lot harder to be known in the local scene, and she found the process exhausting. This opportunity came out of nowhere, she says. That's why it's right.

"There's been times in Spokane when I say I don't want to do it, when it's too hard," O'Neill says. "But it's about having respect for a gift that was given to me. I realized I have to stop worrying. I want people to listen and be changed. It's about making a difference for 45 minutes at a time when I'm up on stage." ♦