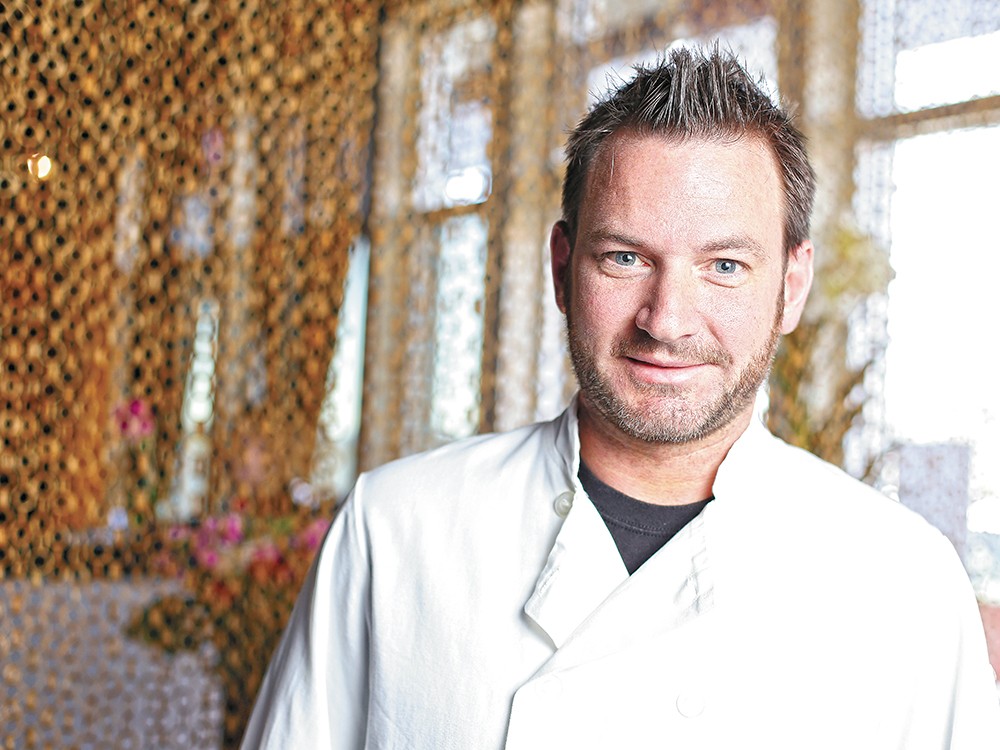 INLANDER: How long have you been cooking?

FESCHER: I started at Percy’s in the Valley when I was 16 or so. I actually started as a dishwasher then I worked my way up.

And how long have you been cooking at Hay J’s? You’re a co-owner, aren’t you?

Yeah. Me and my mom, she’s my partner. We’ve been open, well in May, it’ll be seven years.

Are there challenges in coming up with a fixed-price menu?

No, there aren’t really any challenges. We have winemaker group dinners that have fixed-price menus. I guess, maybe, the biggest challenge would be timing because there’s different courses so timing between the starter, the entrée, the dessert. Quite honestly, we’ve done lots of winemaker dinners and stuff like that, but that’s where everyone is eating at the same time. When people order at different times, that’ll be little bit trickier — all the starters coming out at different times.

Your restaurant is in between Spokane and Coeur D’Alene. Who are you hoping to attract during Restaurant Week?

Hopefully new guests. We are actually really busy with what we have right now — mostly from Liberty Lake, Post Falls, the Valley, we do get a lot from downtown Spokane, but I would say our base is the Liberty Lake area. We decided this could be a way to see if there’s new blood out there and we could get new guests to come in and then come back more regularly.

What are the items that you’ll have on the menu and what inspired you to create those items?

The entrees are the parmesan encrusted halibut, our bistro medallions which are medallions of beef with cabernet demi-glace and gorgonzola cheese. Those two items have been on our menu since we first opened, and they are actually our most popular items. They are well liked because, well, they’re not too scary or anything. They are very people-friendly. There’s nothing crazy about it. The ingredients that are in it, everybody knows. We use the highest quality products available. They’re kind of like comfort foods. We also have wild salmon and the shellfish with pappardelle. These are items that people love. If I took them off [the menu], people would come here and kill me.

Is this the kind of food you normally eat yourself?

When I go out to eat, this is the kind of food that I look forward to having.

And how would you describe it?

People ask me that all the time and I don’t have a definitive answer. I would say, contemporary American or ordinary comfort food, but done very well.

Out for Inlander Restaurant Week 2020: Hunt