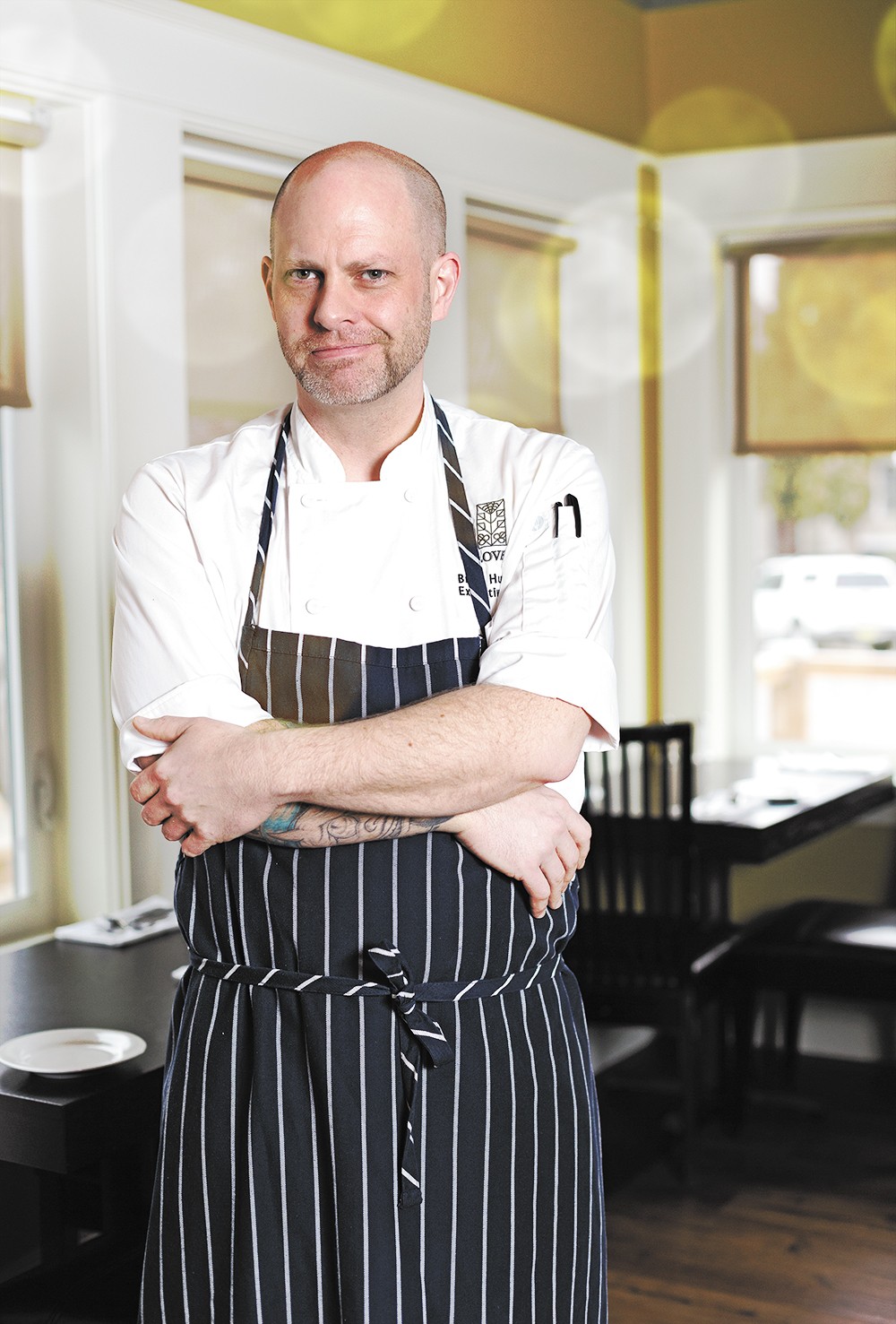 Brian Hutchins is no stranger to the Inland Northwest restaurant scene. He served as chef at Luna, Mizuna and Whitehouse-Crawford in Walla Walla, and he opened Brix in Coeur d'Alene. An Idaho native, he also cooked a Taste of Idaho dinner at the prestigious James Beard House in New York. Most recently, Hutchins was chef at Latah Bistro until he started at Clover a little more than a month ago.

INLANDER: How has it been so far, being a chef at Clover?

HUTCHINS: It's been fantastic. It's a good place. I was just trying to hurry and clean up. I was just butchering part of a Berkshire hog that we got in and making a soppressata today. And I made a porchetta. I spend a lot of time butchering.

Is that something you did before?

Yeah, I've always butchered. It's kind of a dream of mine to maybe have a butcher shop someday. I like to stay in touch with the basic parts of cooking — the baking and butchering, staying close to where I get my products.

Tell me about that farm-to-plate concept. How do you incorporate that into your cooking?

It's easier to make good food with good ingredients, and they're better ingredients when they're closer. You know, they don't go through the shock of traveling and everything else, being preserved with gases and arriving with gases. It's easier to make good food that way. What's in season tends to go together, so it's not as hard as people think. What grows together goes together.

For the upcoming Restaurant Week, what are some of the things you're going to have on the menu?

They'll be things that are representative of what we have right now. There's going to be a Berkshire pork dish. One of their signature dishes — they've had it for a while — their halibut dish will be on there. And the orangesicle cake that you see [on the cover of last year's Restaurant Week guide] — that will be on there. The salted caramel tart, and a lot of the really popular items that we have that people love. And then shortly after that in April is the launch date of the spring menu, which on my end, it's pretty much done, just going around and trading ideas and things like that.

What's the process of coming up with a new menu?

I sit down and I close the door, and you're either feeling creative or you're not. There are good days and there are bad days. Sometimes it takes a couple hours and sometimes it takes a few days. It just really depends on what is interesting that year, and what you feel like is going to be current and really work with your clientele.

Do you have any favorite ingredients that you use?

My favorite thing is when farmers come to the back door. We had this lady named Jane that would come to Latah Bistro with these little beets that were sweet and perfect. That really makes me happy. I love it when the porcini comes around. It's very limited. That's one of the flavors I'm really into. I like really deep things like scallops and wild mushrooms, deep flavors like Brussels sprouts and salsify — earthy things. That's kind of where my palate lies. That's why I feel like I'm better at fall food than I am with spring food.