Meeting of the Minds

The global series of big thinkers discussing big thoughts is coming to Spokane this week. 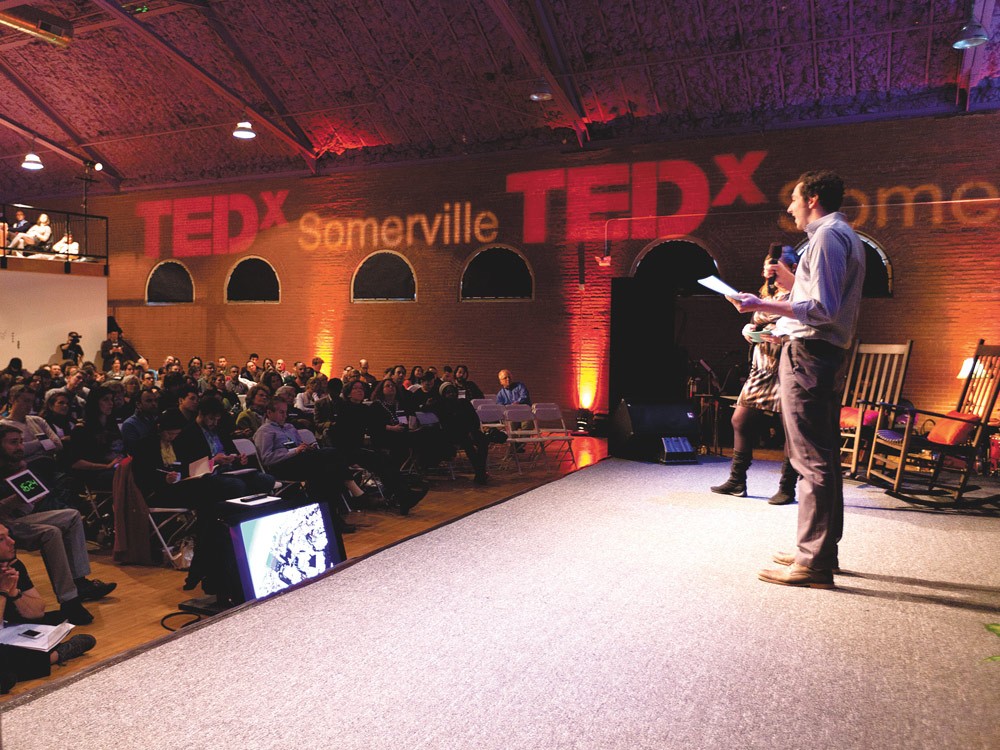 Michaer J Epstein
Speakers at a TEDx event in Massachusetts earlier this month.

In a recent lecture in Scotland, Swiss writer and TV host Alain de Botton complained that the rise of atheism in the modern world has, in draining the bathwater of religious thought, also tossed out some fine babies.

Religion, evolution, and the ecstasy of self-transcendence

Take the sermon. “A sermon wants to change your life, and a lecture wants to give you a bit of information,” he argued. “And I think we need to get back to the sermon tradition. The tradition of sermonizing is hugely valuable, because we are in need of guidance, morality and consolation, and religions know that.”

It’s appropriate that de Botton was presenting this talk at a TED conference. Since 1984, the TED organization and its several annual conferences around the globe (the acronym stands for technology, entertainment and design) have been the closest thing to Sunday service that the secular world has had to offer.

Not that it’s an atheist organization — one of its current initiatives aims to create a “charter for compassion” between the world’s big three religions. But TED, unlike many other organizations outside of the church, is able to gather lots of people together (at conferences and with the online videos of the lectures) to listen to big thinkers give short talks on some of the most profound questions and issues of our time. Recent topics of TED talks have included sibling bonds, the degrading marine ecosystem, open-source government and flying robots.

And now this paragon of progressive thought and iconoclastic leadership is coming to the Inland Northwest.

“I was a big fan of TED [and] I wanted to bring it to Spokane,” says Jamie Tender, the middle school head of St. George’s School, a small private prep academy in north Spokane. Since last fall, Tender and the St. George’s community have been preparing for the area’s first-ever TED event. Technically called a “TEDx” event, it’s part of a series of smaller, independently produced conferences that get to use the TED name and branding and capitalize on its visionary outlook.

“Our school believes in great ideas and innovation and moving forward with things,” says Tender. “I thought it was a perfect fit.”

The lineup for this inaugural event includes a mix of national and local speakers (headliner Richard Dreyfuss had to cancel at the last minute), including:

• Former WSU and Los Angeles Rams football player Mike Utley, who has been working on a cure for paralysis

• Andrew McCollum, one of the founding members  of Facebook

• Amowi Phillips, a Ghanaian-born adjunct professor at Whitworth University, who will talk about virtual service

• Israel Carr, an Idahoan Peace Corps vet who will speak on building community through social justice

The 15 presenters and three musicians will take the stage at St. George’s Founders Theater between 1 pm and 6:15 pm, with two 25-minute breaks in between, during which time, Tender hopes, participants will strike up conversations around the subject areas they identified when they registered, and which will have been printed on their name tags. “We’re hoping that will start opportunities based on talks they’ve just heard or interests other people see.”

The only downside? Space is extremely limited in Founders Theater. Registration began last week and will stay open only until the venue’s 100 to 125 seats have been filled.

But there are two upsides. First, KHQ will be filming the entire proceedings, and the produced videos will become available online. Second, this first event is kind of a test, says Tender. If it’s a success, and if one of the organizers goes on to attend TED’s global conference in Edinburgh, the local group will be able to open its next event to an unlimited audience and to officially use the “TEDx – Spokane” name.

“It’s a thick manual of how to conduct a TEDx event and stay in alignment with the series,” says Tender.

Still, he’s optimistic. “For our first endeavor, I’m really excited about the mix of local and national speakers,” he says. “I think folks who are attending will leave with new ideas and want to come to more in the future.”