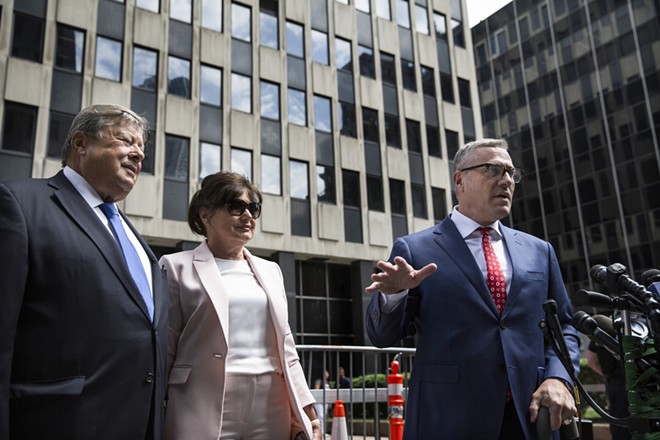 President Donald Trump has repeatedly and vehemently denounced what he calls “chain migration,” in which adult U.S. citizens can obtain residency for their relatives.

On Thursday, his Slovenian in-laws, Viktor and Amalija Knavs, became U.S. citizens in a private ceremony in Manhattan by taking advantage of that same family-based immigration program.

Asked if the Knavses had obtained citizenship through “chain migration,” their lawyer, Michael Wildes, said, “I suppose.”

He said chain migration is a "dirtier" way of characterizing what he called “a bedrock of our immigration process when it comes to family reunification.”

Melania Trump had sponsored her parents for their green cards, Wildes said in describing the process by which the Knavses had become U.S. citizens. “Once they had the green card, they then applied for citizenship when they were eligible,” he said.

Even as his in-laws were going through the process, Donald Trump was denouncing it. In November, he tweeted, “CHAIN MIGRATION must end now! Some people come in, and they bring their whole family with them, who can be truly evil. NOT ACCEPTABLE!” 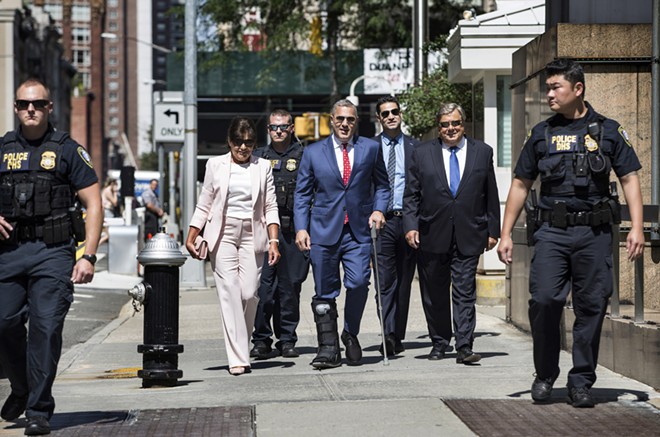 Holly Pickett/The New York Times
Amalija and Viktor Knavs, parents of first lady Melania Trump, walk with their attorney Michael Wildes, center with cane, and a police escort to the ceremony where they will become naturalized U.S. citizens at the Jacob K. Javits Federal Building in Manhattan, Aug. 9, 2018.
Since initial reports emerged in February that the Knavses had obtained permanent residency in the United States, there has been a lack of clarity about when or how the couple received green cards. The applications and petitions are protected by privacy law.

Under immigration statutes, the Knavses would have needed to have their green cards for at least five years to apply for citizenship, along with fulfilling character, residency and civic knowledge requirements. The time to process an application for naturalization in New York City typically ranges from 11 to 21 months, according to the U.S. Citizenship and Immigration Services.

Their lawyer said that the couple had met the five-year requirement, but added, “I can’t give further comment.”

News of the ceremony prompted an immediate response on Twitter, with tweets ranging from “welcome!” to “unfreakingbelievable.”

The first lady was not present for the ceremony.

The Federal Building is not infrequently the site of protests, but on Thursday, things were quiet as the first lady’s parents came and went. Curious about the cameras, bystanders wandered over. William White, a 74-year-old actor, said, “I’m happy for them.”