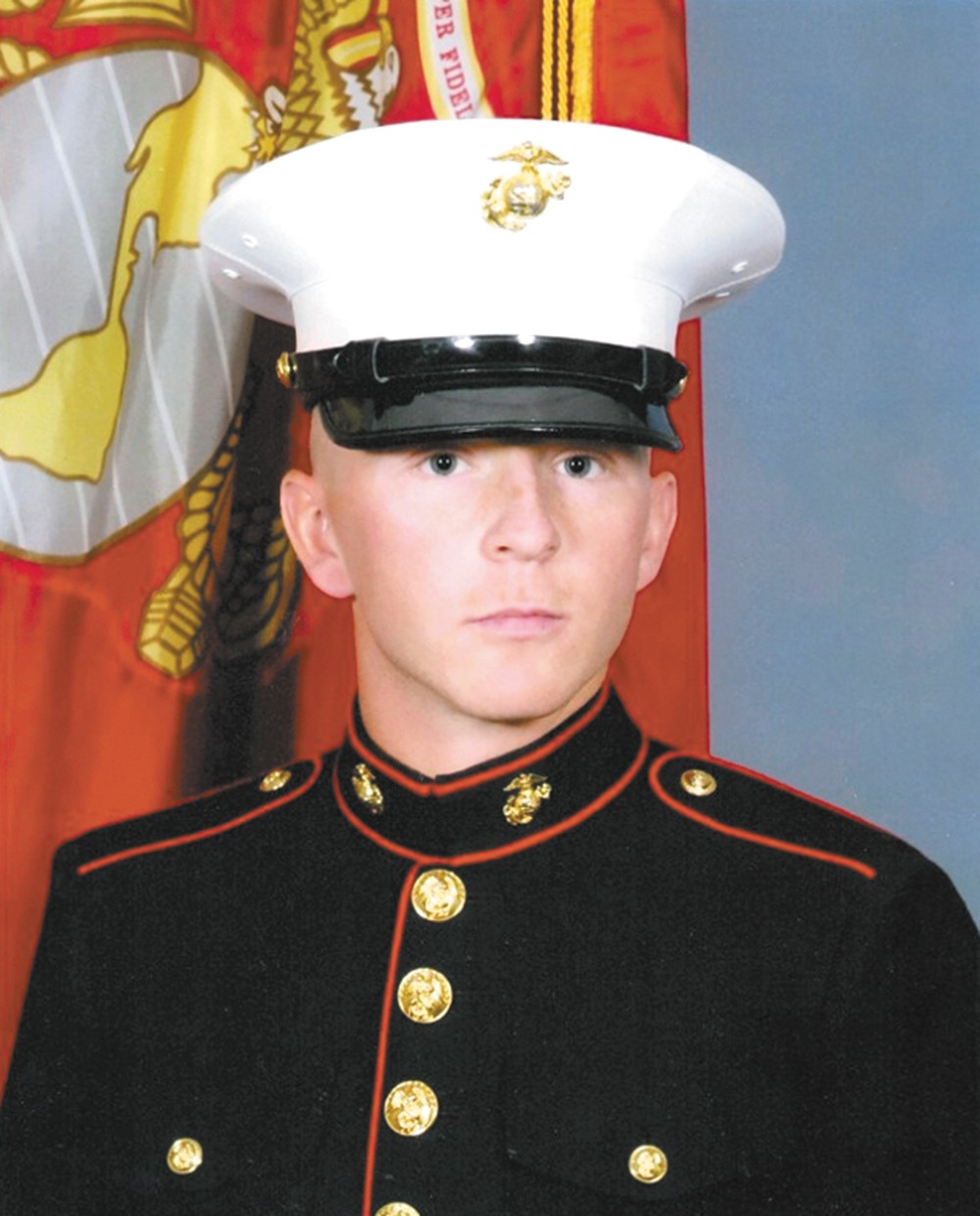 Only a few people shudder at the crack of the first rifle volley. Hundreds gathered Monday to remember U.S. Marine Sgt. Jacob M. Hess, a 22-year-old aviation mechanic, killed in Afghanistan on New Year's Day. Most of the mourners brace themselves as the Marine honor guard snaps into formation. In the heavy silence of the church, an order rings out:

As the echo of the final volley fades, a bugler lifts his horn. The piercing lament of "Taps" carries out over the auditorium. A lone casket, draped in the American flag, rests at the foot of the stage. Marines march forward, solemnly folding the flag, pausing to salute. Together, they kneel before Hess' young widow, Bridget, as well as his parents, Mike Hess and Keirsten Lyons, presenting the starred banners.

Loved ones remember Jake Hess as a quiet but fiercely determined young man, an exceptional Marine and a gifted athlete. Growing up, Hess moved often as his father's U.S. Navy assignments carried the family from California to other coastal cities. But he came of age in Okinawa, Japan, forging lifelong connections with the island and classmates.

Childhood friends describe Hess as a natural leader with a relentless enthusiasm for life. He served as an inspiration for many, whether on a soccer field or in military service. Close friend Brandon Dougherty pauses to compose himself often as he recalls a loyal, outgoing and trustworthy partner in many high school adventures at the beach or camping in the woods.

Hess moved to Spokane before his senior year of high school, quickly proving himself a valuable member to local soccer and hockey teams. He graduated from North Central High School in 2009 and enlisted in the Marines the following year. He married his high school sweetheart, who also serves in the Marines, right after they both completed boot camp.

In a brief biography handed out during the service, family members say Hess volunteered to go to Afghanistan once his wife's unit came up for deployment. Military officials say Hess died while supporting combat operations, but no details have been released regarding the circumstances surrounding his death. An investigation remains underway.

With a closing prayer, bagpipes take up the mournful tune of "Amazing Grace." Several Marines, joined by Hess' father and teenage brother, escort the casket from the hall. His widow follows closely, her eyes forward, flag under her arm. His mother trails behind, chin to her chest, leaning hard into her loved ones as she departs.